After The Accident: Fuel Exhaustion In Beech Baron 58

Home How to Become a Pilot After The Accident: Fuel Exhaustion In Beech Baron 58 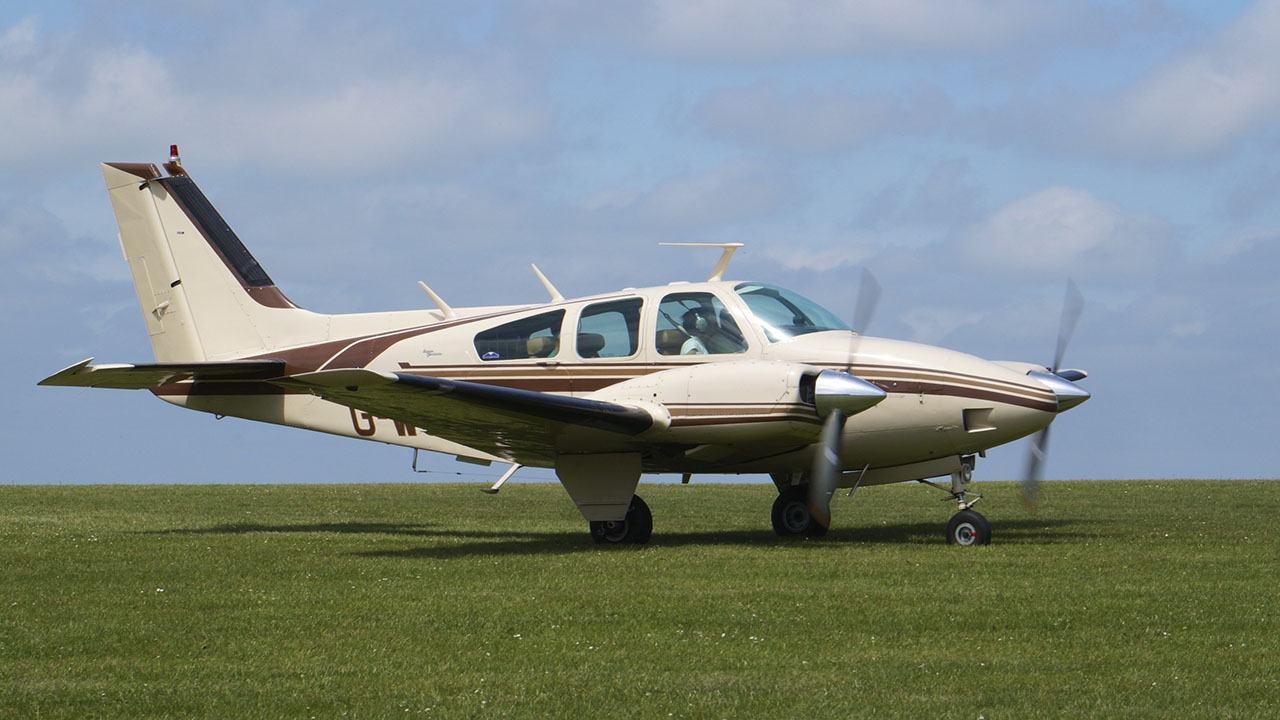 You’d think that a 65-year-old airline transport pilot with an estimated 5,671 hours of flying time would have learned that airplane engines won’t run without fuel. Based on what NTSB investigators reported about that particular ATP-rated pilot, he most certainly did know that basic fact of life and also appreciated the importance of making sure there was enough fuel onboard and tracking its usage. Nevertheless, the Beech 58 Baron he was flying ran out of fuel and crashed in Kerrville, Texas, on April 22, 2019, killing all six on board.

The airplane was manufactured in 1999. It had six seats and retractable landing gear. It was powered by two Continental IO-550-C engines, each rated at 300 horsepower. The airplane’s maximum gross weight was 5,500 pounds, and it had undergone an annual inspection on Aug. 27, 2018, about 105 flight hours before the accident. At the time of the accident, the airplane had about 3,834 hours on the airframe.

The airplane’s fuel system had a total capacity of 200 gallons, 100 gallons on each side. Each wing had three fuel cells with a total capacity of 83 gallons usable and 3 gallons unusable. The tip tanks held 14 gallons each, all of which were usable. The wing fuel cells and tip tanks on each side were interconnected, and when the fuel selector for each side was turned on, all usable fuel was available for the engine on that side. There were two fuel selectors mounted within a single faceplate. Turning the handles so the pointed ends faced each other activated crossfeed.

The airplane was on a Part 91 business flight from West Houston Airport (KIWS), Houston, Texas, to Kerrville Municipal Airport (KERV). A surveillance camera at KIWS showed that when doing a preflight inspection of the airplane, the pilot appeared to check the exterior fuel level sight gauge for the left wing but not the one on the right side. The pilot did not appear to draw samples from any of the airplane’s fuel drains.

Departure was about 7:30 a.m. The pilot had filed an IFR clearance and contacted Houston Approach while climbing through 1,300 feet MSL. The controller advised that the flight was in radar contact and instructed the pilot to fly a heading of 220 degrees and climb to 3,000 feet. The pilot correctly read back the clearance, and then the controller told him to fly a heading of 260 degrees.

At about 8:43, the controller told the pilot to report his cancellation of the IFR clearance in the air or after landing and cleared him to switch to the airport’s advisory frequency. The pilot acknowledged the instructions.

According to ADS-B tracking information, at about 8:44:59, the airplane was about 13 miles from the runway when it began a steady descent from 3,900 feet. Data recovered from the airplane’s engine data monitoring (EDM) system revealed that the airplane’s left engine lost power at almost exactly the time the descent began, followed about 10 seconds later by the right engine losing power. About 40 seconds after the left engine lost power, it regained almost full power, according to the EDM data. When the EDM data stopped at about 8:51, the indication was that left engine still was producing power.

A witness saw the aircraft come out of the clouds with its nose up. He said he could see that the flaps were down. He said it appeared to be headed for the Kerrville Airport when it banked to the right, the nose went down, and it crashed. Another witness said that when he first saw the airplane, the nose was low, and it was rotating clockwise. He saw the airplane make one-half to three-quarters of a rotation before it disappeared from view.

The airplane crashed in a rocky ravine about 6 miles from the airport. The elevation of the accident site was 1,868 feet MSL. There was no fire. No evidence was found of fuel spilling in the area around the airplane. No fuel could be seen in the right-side tanks. About a gallon was drained from the fuel cells in the left wing.

The fuel quantity transmitters were recovered from the wreckage and sent for testing. The transmitters have floats, which move up or down as the level of fuel changes, and the floats move a mechanism that changes the electrical resistance of the circuitry, varying the strength of the voltage that causes the needles to move in cockpit fuel gauges. In Barons, when there is no usable fuel, the electrical resistance in the fuel transmitter circuit is zero ohms, and the cockpit fuel gauge reads empty. With at least 75 gallons available on a side, the resistance is 199 ohms, and the fuel quantity gauge reads full. An ohm is a unit used to measure the resistance that interferes with the flow of electricity.

Misleading information on the fuel gauges wasn’t all. The investigation found that on April 14, eight days before the accident, the pilot telephoned a fuel order to an FBO at KIWS. A manager told investigators that the bill showed 113 gallons were added. Investigators found that the fuel log kept by the pilot showed that the airplane had 60 gallons on board before the April 14 fuel order, and the total fuel should have been recorded as 173 gallons. However, the pilot recorded 194 gallons as the quantity on board for his first flight on April 15. Therefore, the pilot introduced a 21-gallon error into his own tracking of fuel, according to what the NTSB’s investigators found. While the pilot’s fuel log indicated that the airplane had 50 gallons remaining at the end of the flight before the accident flight, when he wrote down the starting fuel for the accident flight, he jotted down 54 gallons, an additional 4-gallon error.

The NTSB speculated that the pilot relied on his own fuel log and fuel-flow data from the EDM to keep tabs on the fuel remaining.

The NTSB pointed to EDM data showing that the total fuel burn for the accident flight was 42 gallons. It said that the pilot’s flight planning documents showed that the estimated fuel consumption for the flight was 38 gallons. When investigators calculated fuel requirements for an IFR flight with an approach at an alternate and required reserves, they came up with a requirement of 67 gallons.

The Safety Board’s report noted that, using passenger weights provided by a medical examiner, the airplane was slightly over gross at a takeoff weight of 5,598 pounds with 50 gallons of fuel. The report said that the airplane’s center of gravity was aft of the limit by one-half inch at the time of the accident.

The Safety Board didn’t address the restoration of power on the right engine, and there’s no way to know whether that could have happened because of something the pilot did or a flight condition that somehow made unusable fuel become usable. What the Safety Board did suggest, however, is that the airplane could have made it to the airport with the right engine back in operation, provided that the pilot had executed engine-out procedures, which he didn’t. Those called for flaps to be in the retracted position and the propeller of the inoperative engine to be feathered. The pilot had not yet extended the landing gear.

The pilot held an ATP certificate for multi-engine and single-engine land and sea. He also held a second-class FAA medical certificate. Of the 5,671 hours he had logged, 5,565 were as pilot-in-command. He had 2,409 hours in Beech 58 airplanes.

A flight instructor who gave the pilot his most recent flight review told the NTSB that the pilot had good basic flying skills and normally expected to land with one hour of fuel remaining.

“A witness saw the aircraft come out of the clouds with its nose up. He said he could see that the flaps were down. He said it appeared to be headed for the Kerrville Airport when it banked to the right, the nose went down, and it crashed.”

The pilot’s girlfriend said that the pilot was “in good shape physically, emotionally and psychologically” and that he exercised regularly.

The FAA conducted toxicological tests that showed the pilot was using five medications, none of which was considered impairing by the agency.

The NTSB determined that the probable cause of the accident was the pilot’s inadequate preflight planning and fuel management,which resulted in a loss of engine power due to fuel exhaustion. Also causal was the pilot’s failure to follow the one-engine inoperative checklist and maintain the airplane’s minimum controllable airspeed by properly configuring the airplane, which resulted in a loss of airplane controllability.

While the Safety Board did not include inaccurate readings on the fuel gauges as a feature of the probable cause, its report did discuss gauges as a known and long-term issue. It pointed out that the Beech 58 annual inspection guide for maintenance personnel specifies that the fuel gauge system should be checked “for proper operation and unusual fluctuations” and that the fuel quantity transmitters should be overhauled or replaced as necessary.

The NTSB noted that on Sept. 23, 2003, the FAA revised and updated a Special Airworthiness Information Bulletin (SAIB) that had been issued a few months earlier for operators of Cessna 100, 200, 300 and 400 series airplanes calling for fuel gauge systems to be checked for proper calibration and the checks to be repeated at five-year intervals. It said that based on the Kerrville accident and others in which inaccuracies were found with resistance-type fuel gauge systems, the FAA is working on an SAIB that would apply to all aircraft with those systems, as well.