B-17 Video Puts You Right There 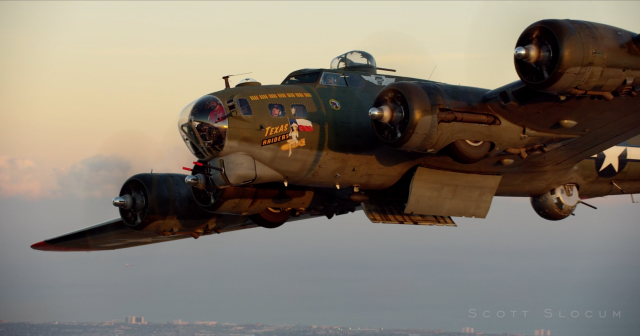 Scott Slocum, who is a longtime frequent contributor to Plane & Pilot, among numerous other aviation titles and channels, has released some test footage of his new rig. Recently installed in his Beech Baron 58, Slocum’s new setup includes a GSS gimbal paired with a RED camera shooting 8K video. The results speak for themselves.

The B-17 is operated by Texas Raiders. In the video you get to see it up close at angles that frankly make it seem as though the whole thing is too close. But it’s not. The magic of the new system, well, part of the magic, is the stability and sharpness of the footage even when zoomed way in. The light and the framing, even while maneuvering, coupled with the expert flying—it’s all extraordinary.

Thanks to Scott for letting us share this with you, and if you’re interested in working with him, you can check out his company’s page here.

Texas Raiders B-17 from Aero Media Group on Vimeo.