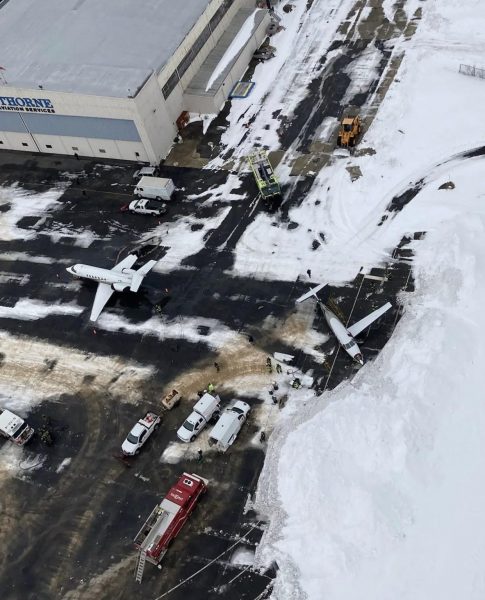 A Pilatus PC-12 was involved in a bizarre ground incident at Long Island MacArthur Airport this week, and details are sparse. A video shared on Reddit clearly shows the eight-year-old Pilatus, with two occupants aboard, “launching” from its parking spot at the northernmost end of the airport ramp.

After traveling a short distance toward the Hawker (and behind that a huge snowbank), it then staggers into the parked jet with enough force to shear the entire right wing off the Pilatus, not to mention about half of the jet’s right wing. Thankfully, there was no fire.

Aviation buffs are trading ideas about what may have happened, from potentially slipping on ice in front of Hawthorne Global Aviation Services, where the incident occurred and where it is believed the Pilatus was based, to a potential disruption in the cockpit leading to the thrust lever being kicked forward.

One thing’s for certain, the attentive ramp marshal wasted no time in getting out of the way as the plane lurched forward, likely avoiding severe injury or worse. Some movement of the plane’s rudder can be seen in the grainy video of the incident, though it’s impossible to tell if the rudder movements are corrective in nature or part of a larger loss of control.