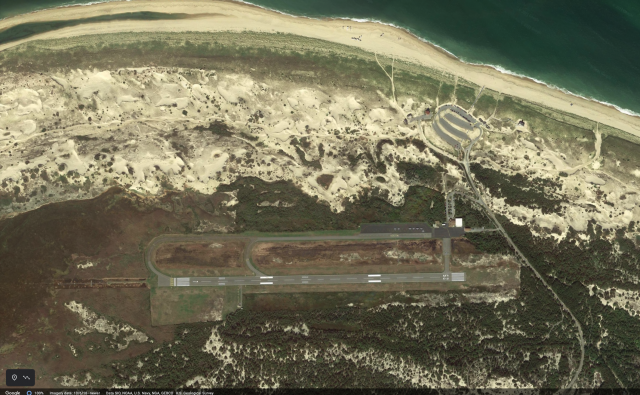 A Cape Air Cessna 402 piston twin crashed on landing at Provincetown Municipal Airport, located at the tip of the Cape. The plane reportedly missed the landing attempt and crashed into the scrubby woods off the end of the runway. All seven aboard, the pilot and six passengers, were taken by ambulance to the hospital, some with burns.

Provincetown is a popular tourist destination, and Cape Air has been flying there for years. The flight down from Boston cuts hours off of what can be a long, slow drive to the Cape from the city.

The airport has several approaches, including an ILS/localizer approach to runway 7, the runway the plane was presumably landing on, given where it crashed, due east of the runway.  The site of the crash, according to local media reports, was offset from the centerline of the runway, which if true, will be something that NTSB investigators will look into.

The weather all afternoon at PVC was poor, with intermittent heavy rain and low ceilings.

This is breaking news. We will update this story as more details emerge.