Home How to Become a Pilot CC Log: Crashing In The Remote Desert 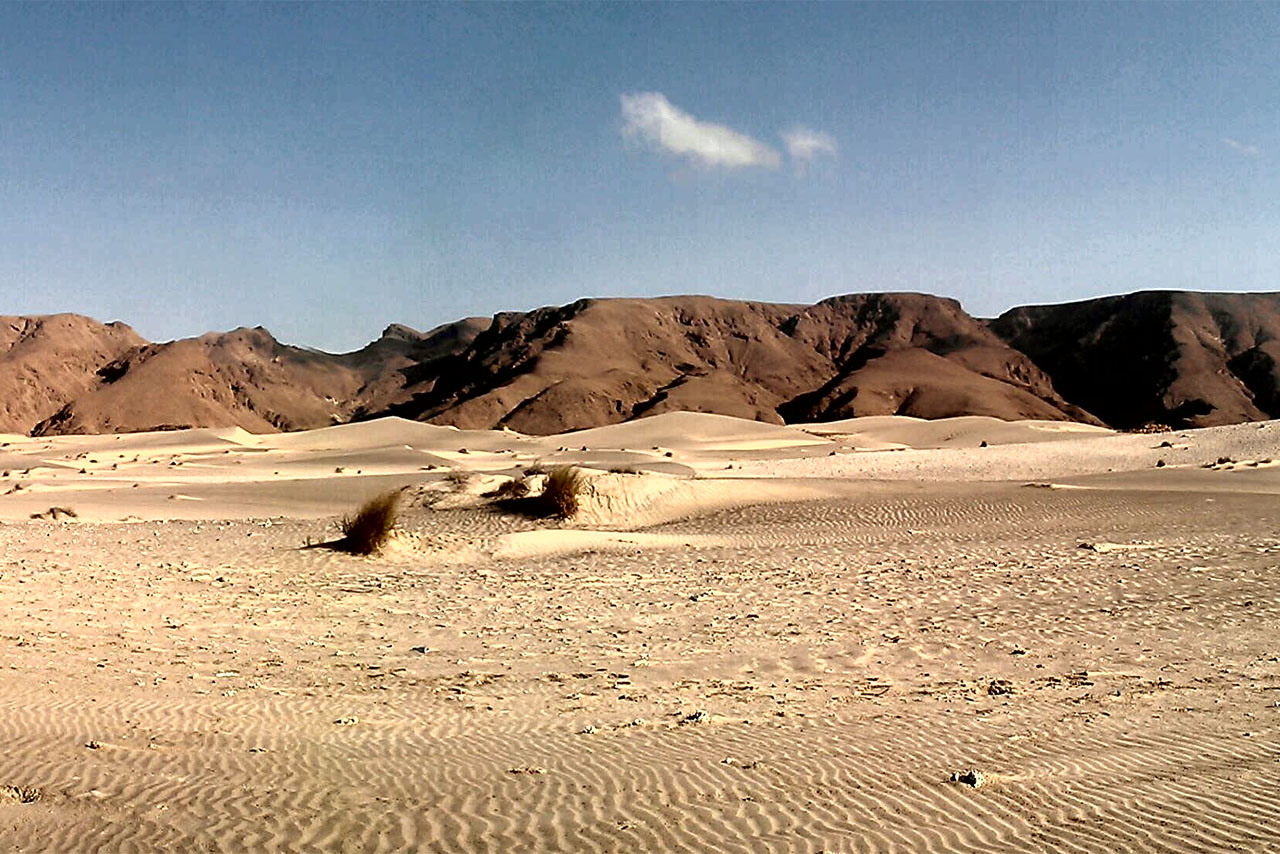 The engine staggered and coughed as the Ogaden Desert rose to meet me. I had tried everything to restore power, and nothing worked. The Piper Lance’s JPI engine analyzer suggested the No. 2 cylinder had failed completely, and it was obviously determined to take the other five with it.

At 1,500 feet above the tortured, rock-strewn terrain, No. 2 had won, so I switched to survival mode. Where could I park the Lance without tearing it, and us, to pieces?

“Us,” in this case, referred to owner Thomas Jones in the right front seat and me in the left, pretending I knew what I was doing. Jones had hired me to find and buy this airplane for him, totally restore it and then ferry it from California to Kenya with him as a passenger.

The first 12 hops across the U.S., Canada, the North Atlantic, Europe, the Mediterranean and the Middle East had gone well. This was the last leg of the trip. We had stopped in Djibouti and made a promise never to do that again.

Our final leg was 1,200 miles to Nairobi, and we were just coming up on the Ethiopia/Kenya border when the engine became ratty and finally quit altogether.

Within 30 seconds, it became apparent that a critical part had broken, and power was gone for good.

Wheels up or wheels down, I wondered? The terrain below offered no real landing sites, a rugged, forbidding landscape of sand, rocks and scrub brush. There was what appeared to be a narrow, curving game trail below, the only possible landing site, but it was bisected by deep ruts, anything but smooth.

At 500 feet AGL, I put the gear down anyway, hoping it might absorb some of the airplane’s energy. If I got lucky and the ruts weren’t as bad as they looked, I just might be able to land the airplane and grind to a stop on a short section of straight dirt.

The wheels locked into place a hundred feet above the barren, craggy desert. Outside air temperature was well above 45°C (114°F) as the Lance staggered through the broiling air above the Acacia thorn bushes.

Of course, the ruts were worse than they looked. The Lance’s touchdown was gentle, but I instantly knew that we would lose the airplane. There was nothing else gentle about the rollout.

I had experienced a dozen engine failures in my career and never damaged an airplane, but I knew this was going to make up for all the good luck I’d had up till now.

Sure enough, the right main gear dropped violently into a foot-deep hole and was torn away, slamming the right wingtip to the ground. A half-second later, the left wheel caught in another rut and held, slewing the Piper hard left, breaking off the nose gear, twisting the engine in its mounts and chewing up the bushes, spewing sand and acacia branches high in the air.

It was all over in a few seconds. We were out of the airplane and running for our lives the instant the Lance came to rest.

We had a 100-gallon ferry tank directly behind us, still half full, and all I could think about was the possibility of fire. Fortunately, the tank didn’t rupture, and the Lance didn’t burn. After the dust settled, we stood in the heat, stunned by the enormity of our situation.

Technically, my Garmin handheld GPS showed us at N04-48.7/E041-22.1. More realistically, we were 400 miles from any place with a name you might recognize. The nearest major city, Addis Ababa, Ethiopia, was protected by a mountain range halfway between us and it. The village of Mandera, Kenya, was probably 60 air miles away, also the location of the nearest water.

We were stranded in one of the driest places on Earth. Many residents here have never seen a rainbow, because rainbows demand rain. Looking in any direction, the view was monochromatic and endless, nothing but tan desert, brown brush, gray rock formations and an occasional boiling-hot hill, either 5 or 50 miles distant, no way to tell which.

It was hard to believe anything lived here and almost impossible to imagine we might be the temporary exceptions. There seemed to be no water and hardly any food, yet this part of East Africa was a haven for lions, cobras, acacia thorn bushes with inch-long spines and other unpleasant life forms. In the Ogaden, if it didn’t bite, stab or sting, it was probably a rock.

I had my portable communication radio with me, and Thomas wondered if anyone would hear a transmission on 121.5 mHz. “Not likely,” I volunteered. “We’re probably 400 miles from Addis Ababa and well off any airways.” Even so, I cranked up my King KX-99 and put out a Mayday.

To my astonishment, I got an immediate answer from a formal British voice. “Aircraft in distress, this is Gulf Air 342. May we be of assistance?”

The Gulf Air pilot took down our names, aircraft registration, home phone numbers and position, and agreed to relay our details by HF to Addis. He also promised to call our wives when he landed in Sudan and let them know we were down but uninjured.

Question was, what now? Everyone would soon know exactly where we were, but what could they do about it? We had three gallons of water and perhaps six days of emergency rations, four space blankets, two ELTs, an emergency axe, a new Apple computer and, oh yeah, four life vests and a four-person raft. Just what we needed in the Ogaden Desert of Ethiopia.

I knew our odds weren’t good, despite the fact that the outside world knew exactly where we were. We had avoided the reaper in the crash, however, so we counted ourselves one step ahead.

Traditional wisdom suggested we should remain with the aircraft, but I had my doubts. I knew Ethiopia had essentially no search-and-rescue assets, so it was unlikely a team would be coming to get us, except perhaps in a truck. What passed for the game trail we had landed on appeared to point the way to Mandera, Kenya, 60 air miles distant, but what chance would we have of making it in 45°C heat? We stayed put for the time being.

We were on the ground for only about two hours when, to our amazement, a huge, three-axle Mercedes truck came lumbering across the rocky terrain at all of 5 mph and stopped by the airplane. The young Somali driver spoke a few words of English, and Thomas, a Canadian resident of Nairobi, spoke a few words of various African languages. Between the two of them, we managed to arrange for a ride to the nearest village. It was 50 torturous miles and took almost eight hours, with six stops to let locals jump on or off the truck.

It seemed everyone along the improvised road had a gun of some kind, everything from Russian AK-47s to antique British Enfield rifles or American Colt .45 semi-automatic pistols. I had a Swiss Army Knife.

I learned later that Somali raiders often crossed into Ethiopia looking for food or whatever else they could steal.

Our destination village turned out to be Dolo, Ethiopia, 6 miles from the Somali border. There was no power and no phone at Dolo, but there was a compound run by Save the Children, a U.S. charity funded by UNICEF. The manager spoke excellent English and took good care of us during our short stay. He had a generator and an HF radio, and he contacted Addis Ababa, requesting instructions.

We spent four days in beautiful, scenic Dolo, population 50 (maybe) behind a circular barrier of acacia thorn bushes intended to keep raiding Somalis and snakes, lions and other creatures at bay.

As we waited for someone to decide what to do next, we ate mangos and drank orangeade, the only things Dolo residents could spare. The temperature rose to 115°F during the day and dropped to 100° at night. We spent most of our time hoping for a rescue and some of the rest practicing sweating.

On the fifth morning, a young Ethiopian bush pilot made an amazing landing in the world’s rattiest-looking Cessna 404 Titan (basically an unpressurized 421) on an impossibly short section of rough, narrow dirt road. The Titan had two Ethiopian CAA officials aboard, who apparently thought we had crashed near Dolo.

Despite my absolute certainty that now we really WERE about to die, we loaded up with two more passengers and 200 pounds of gear, and that pilot somehow managed to coax the big Titan 404 back off the dirt without running into a grass hut.

Two days later, in Addis Ababa, the Ethiopian CAA held an informal hearing and asked me to summarize what happened. I said, “We lost the EGT readout from cylinder No. 2 on the engine analyzer, and the engine staggered and quit. There was no place to go except into the rocks of the Ogaden, so I landed.”

That seemed to satisfy the Ethiopian officials that we hadn’t done anything wrong or broken any regulations, and we were free to go. I jumped on a Lufthansa flight to Frankfurt and on to the U.S. Jones and his wife flew to England.

I was surprised to learn a few months later that Jones had returned to Ethiopia, hired a recovery crew in Addis, salvaged the airplane, loaded it into a pallet in Djibouti, and shipped it back to Santa Monica. The airplane had been totally rebuilt.

I test-flew the repaired Lance three months later, and it was as good as new…and with a new engine to boot. Thomas rode quietly in the right seat for a few minutes, then handed me the keys when we got back on the ground and said, “Sell it for me.”

I did exactly that, and there’s a man in Memphis who now owns one of the world’s nicest, and most well-traveled, Piper Lances.

Note: A few issues back, I teased readers with a story about a Piper PA32R-300 that I brokered for a client in Africa. I had it upgraded to as near-new a configuration as possible. The engine had only 100 hours since the last major and was running perfectly, according to two engine shops. The owner flew in from Africa, and we began the delivery, progressing as far as Djibouti on the Gulf of Aden at the bottom of the Red Sea. Here’s how the trip ended.