Home How to Become a Pilot Colorado Marshall Fire Aftermath 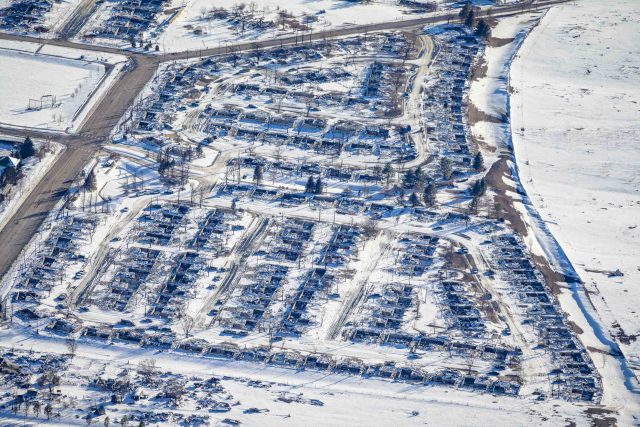 The Colorado Marshall Fire, which destroyed nearly 1,000 homes in the Colorado foothill communities of Superior and Louisville, was stoked by nearly 100 mph winds, feeding a fire that raged so fast there was little that firefighters could do combat it. Two days later, 10 inches of snow fell on the area, making for a surreal scene of devastation.

Longtime Plane & Pilot contributor Steve Zimmermann, flying in his Bonanza A36, captured this rarely seen view of the aftermath. Zimmerman in recent days has also photographed much less tragic landscapes, which we will share at a later date.

The toll, while catastrophic for homeowners whose dwellings were lost, has claimed just two lives. An estimated 35,000 people successfully evacuated from the area.

The fire is thought to have been sparked by a small blaze miles away from where it would eventually consume so many homes.

Miss last week’s Photo of the Week? Click here: The Year 2021 In Images: Our Top 15 Photos Of The Week