Home How to Become a Pilot Communicate Like a Pro Pilot 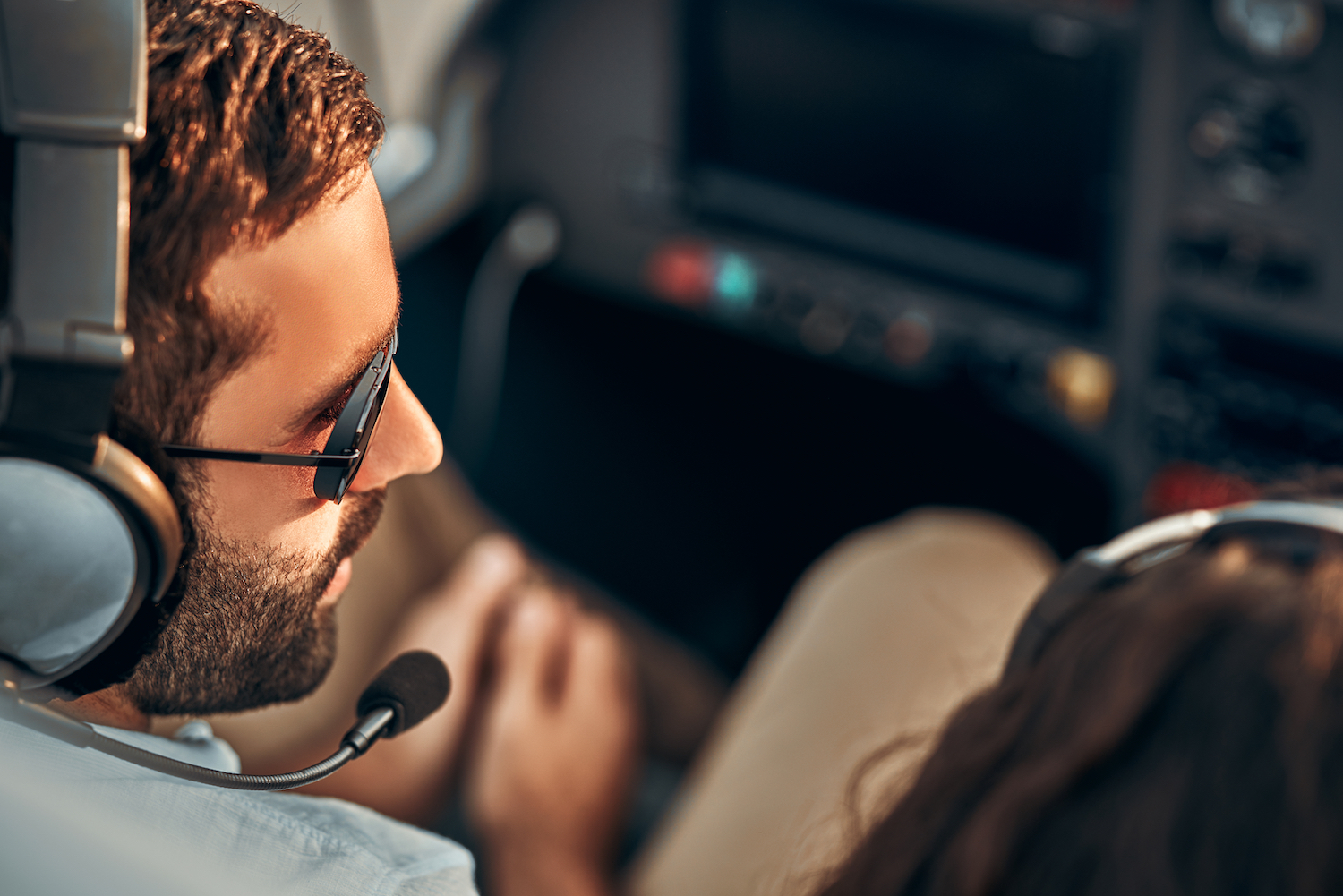 In addition to being first through the sound barrier, Chuck Yeager was the originator of that low-key distinctive West Virginia drawl that generations of military pilots mimicked if they wanted to be guilty of having the “right stuff.”

No matter how serious the emergency, pilots have taken his lead and sounded cool, calm and in control. But more than that, General Yeager had the gift of transmitting the most information in the fewest words. With his recent passing, we owe it to him to follow his lead to be excellent pilots and accurate communicators.

Flash forward to today. Airline pilots and air traffic controllers handle some of the busiest airspace in the world, with considerable skill, brevity and poise. However, spend a little time monitoring the local airport frequencies, and you may be less impressed by the professionalism. While most pilots are good communicators, there are still too many long, rambling and unprofessional transmissions eating up the airtime available to controllers and other pilots. Eventually, runway incursions, which skyrocketed in the early 2000s, brought some of these communications issues to a head. So, what to do?

Listen more and talk less. One of the time-honored lessons in Air Force flight training is the proper use of the dreaded “brain disconnect switch,” aka the microphone button. Every pilot has, at one time or another, depressed the microphone switch and wondered what they are going to say next. Others deliver a long and rambling soliloquy that would make old Will Shakespeare proud.

Psychologists tell us that extroverts generally compose while they are speaking, and introverts think first and speak second. Both work, but for aviation, let’s channel our inner introvert. All pilots should remind themselves that airtime, for the air traffic controller, is an extremely limited commodity. The more we can communicate in the shortest amount of time, the more ATC has time to work its magic, and the more time there is for other pilots to get a word in edgewise.

Young military student pilots are coached to keep their transmissions short, compose their thoughts prior to depressing the microphone button, and anticipate the variety of responses they may receive. This last item, anticipation of what might come next, is a byproduct of good situational awareness. Much of what we know about the “air picture” as we enter a busy airport is derived by what we hear on the radio. Thus, good situational awareness depends on good listening skills and benefits us all. So, listen first, think next, then transmit!

One of the major enemies of good listening is internal cockpit chatter. Following several accidents occurring after inattention due to non-aviation-related conversations, the FAA established the sterile cockpit concept. Since 1981, airline crews have been required by the FAA to conduct only flight-related conversations during specific phases of flight. Airline crews adopt sterile cockpit procedures when climbing up and descending back down again through 10,000 feet. This airspace, which is more densely populated with our little aluminum and carbon fiber machines, is also the busiest section of the flight for airline crews.

Clearances come hot and heavy, traffic calls and radar vectors are acknowledged, and multiple checklists completed. Nonessential conversation is simply verboten within and without the cockpit.

While the majority of midair collisions occur in day VFR conditions within 5 miles of the airport, sterile cockpit procedures are not required for general aviation pilots. In any event, the 10,000-foot altitude trigger is impractical for most GA aircraft. However, setting some pre-agreed lateral sterile cockpit limitations with your passengers and other pilots on board may suffice. For example, the first radio call before you enter Class B, C or D airspace, or the first call on the CTA frequency, is an excellent time to eliminate nonessential chatter. Enlisting your passengers to listen carefully to the controller’s instructions and call out traffic can avoid missed radio calls and increase flight safety.

If you have a chance to visit your local tower or radar facility, take the opportunity to see things from their point of view.

If all else fails, many audio panels have a setting to isolate the pilot from the cabin interphone, allowing the passengers to chatter on about the scenery and vacation plans, while the pilot attends to the business of flying. In any event, these modified sterile cockpit procedures can eliminate missed radio calls, ATC clearance failures, and that pesky call from the controller asking if the pilot is ready to copy a phone number to call after landing.

Most pilots grew up on great movies like “Top Gun” and “Battle of Britain,” and along with them, a cornucopia of nonstandard but truly entertaining communications like “tally-ho on that traffic,” “climbing to angels 21” and” bandits at 12 o’clock high” began appearing in the vernacular of Cessna 172 and Piper Cherokee wannabe aces. However, a quick review of the pilot controller glossary fails to yield any of these colorful terms. Today, the requirement for complete understanding between pilot and controller has continued to increase as the airspace becomes busier. Simply put, pilots and controllers need to speak in a simple, clear and standardized manner, where appropriate. The pilot controller glossary is a bit of a dry read, but its use can simplify many situations.

For example, the controller needs to hear the aircraft’s full call sign each time a new clearance is sent and received. No ifs, ands or buts; it is a requirement. So, we can all save time and frustration by responding with the full call sign and new clearance. This is especially true with taxi clearances at complex airports or landing sequencing at busy general aviation training airports. In the same spirit, the pilot has a requirement to read back the entire clearance accurately.

Recently, at the home drome, the tower controller asked a visiting Cessna 182 to “extend the downwind for traffic.” The pilot responded with, “uhh, okay, downwind.” It took two more awkward transmissions by an incredibly patient tower controller to clear up this communications failure…while the other five aircraft in the traffic pattern hung on every word! The solution: full call sign and complete clearance read back, no exceptions.

When standardized terminology fails, there is no substitute for plain and simple English. The pilot/controller glossary does not pretend to cover all situations. If the pilot knows what they want and can communicate it clearly without eating up a lot of airtime, the controller is more likely to be able to make their dreams come true. General aviation is often much less scripted than airline and military flying, so simple English, used in a thoughtful manner, usually carries the day. Remember, this should be a partnership between equally professional controllers and pilots.

Often, after a major military exercise, the pilots and controllers would get together and share what worked and what could be improved. These were great events. If you have a chance to visit your local tower or radar facility, take the opportunity to see things from their point of view. The controller wants to know what you want and needs you to respect the limited time they have to dispense instructions to the many aircraft they are controlling.

So, the next time you prepare to take off into the wild blue yonder to demonstrate your incredible aviation skills, take a moment and think about how you might improve your communication skills. Try imagining what you sound like to others. Do you listen carefully and make your responses and requests simple and blessedly brief? Does your sterile cockpit habit result in nary a missed radio call or misheard ATC clearance? And do you always hear yourself responding with your full callsign and clearance in plain English? And yes, it is still okay to sound just a little bit like that iconic test pilot from West Virginia with the right stuff. Just maybe, the late General Chuck Yeager is listening from up on high, and we ought to make him proud!