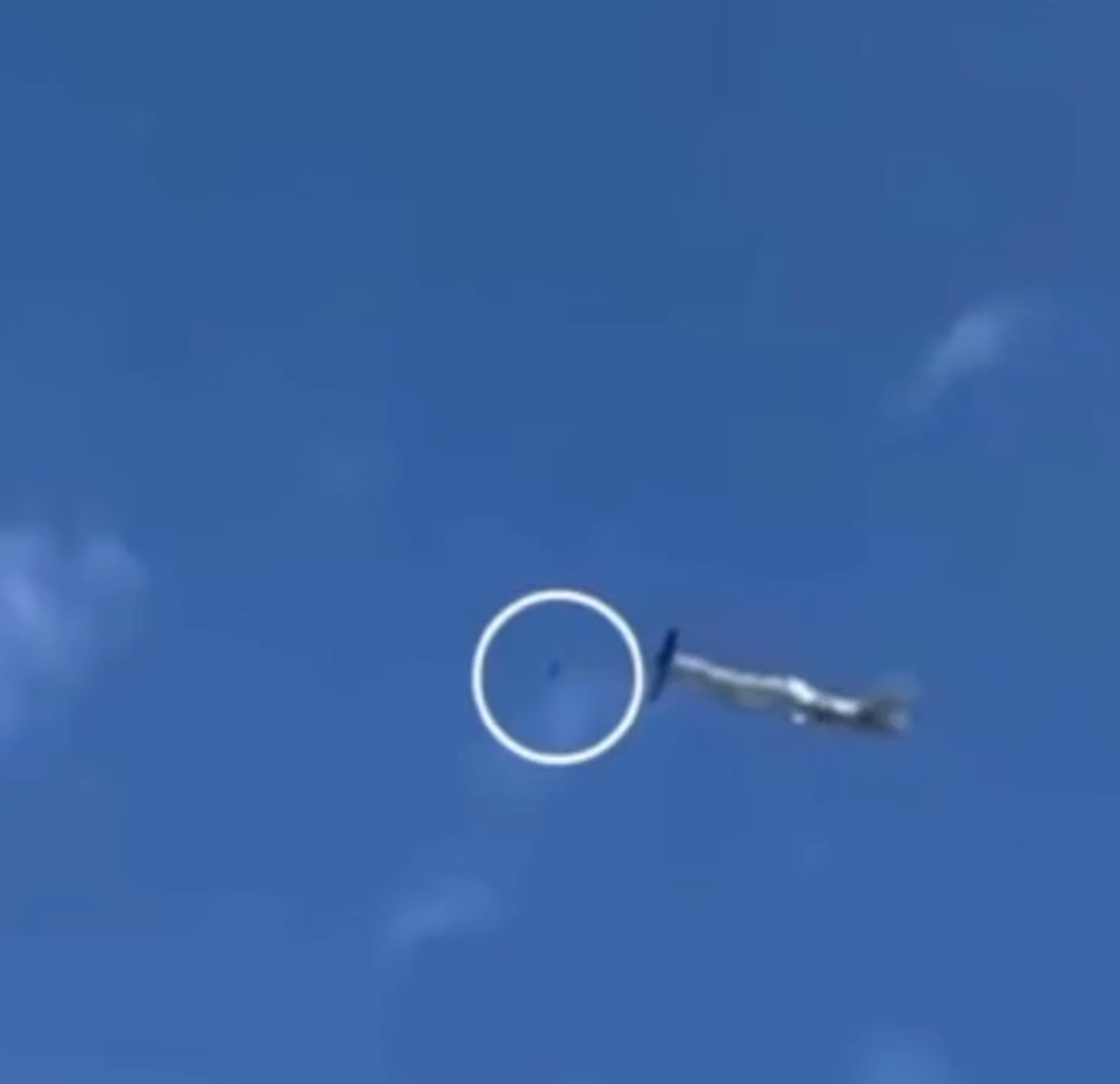 Multiple foreign news outlets shared a video earlier this week that appears to show a foreign object striking the Bell P-63 Kingcobra just moments before it dove into the midsection of a Boeing B-17 at the Wings over Dallas Air Show. The resultant midair collision killed all five occupants of the B-17 and the solo pilot of the P-63. The two planes crashed and went up in flames. No one on the ground was injured.

The main mystery behind the midair crash is this: Why did the pilot of the P-63 hit the B-17 in the first place? The NTSB is investigating, but it admitted early on that since neither plane had any flight data recording equipment installed, it would depend on eyewitness video—and luckily a lot has surfaced. The first of the two videos below appears to be authentic. The second video, which has been edited, shows a cutaway closeup of the P-63 as it seems to hit an object.

The original video has no cuts and coincides with the positions of the planes as seen in other videos of the disaster.

In the second video, the close-up view appears to show an object that collides with the fighter:

Possible cause of the collision of the B-17G bomber and the R-63 fighter at the air show in #Dallas. Fighter apparently collided with a #drone and stalled pic.twitter.com/gAl7LfBy9V

Edited video of the Dallas midair disaster that purportedly shows a foreign object hitting the WW II-era Bell Kingcobra shortly before it crashed into a Boeing B-17 bomber, killing all six aboard the two planes.

Upon zooming in on the first, original video, we were unable to see the objects shown in the second, edited version. The authenticity of either video hasn’t been confirmed by officials, leading to widespread skepticism of the second video. However, at the point at which the mystery object supposedly struck, the Kingcobra began a very rapid, steep descent of perhaps 150 or 200 feet over less than half a mile that set it on the fateful collision course with the bomber.

The videos released this week, if authentic, offer the best look at the vintage fighter’s flight path to date. Both clearly show that something must have happened at that moment, whether it was the pilot inexplicably choosing to descend very rapidly and suddenly, a collision with an object, pilot incapacitation or some other unknown cause.

So, while there is zero official evidence as of now of a drone or bird strike, both videos—if real—offer a look at the last moments before the tragic midair collision.