AOPA’s 5th annual R.A. “Bob” Hoover Awards presentation will kick off at 8pm Eastern Wednesday, February 3, 2021. The honorees are great ones, too, including famed designer Burt Rutan, whose contributions to aviation range from single-seat homebuilts to space vehicles.

At the event AOPA will also present the inaugural Brigadier General Charles E. McGee Aviation Inspiration Award to none other than retired Brig. Gen. Charles McGee, a member of the Tuskegee Airmen.

AOPA will also present the award to its second recipient (and the first who isn’t General McGee!) U.S. Air Force Maj. Kenyatta Ruffin, an F–16 pilot and commander of the 71st Operations Support Squadron. In addition to being a badass pilot, Major Ruffin founded Legacy Flight Academy, a nonprofit academy that gives young people the chance to learn about aviation careers through programs that highlight the legacy of the Tuskegee Airmen. 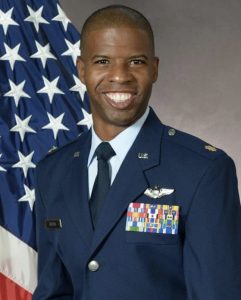 But that’s not all. There’s another very deserving recipient. The GA Safety Award will go to Boris Popov, founder of BRS Aerospace. Popov’s company’s whole-aircraft parachute rescue system “has saved more than 400 lives; more than 35,000 systems have been installed on experimental, sport, certified, and military aircraft,” said AOPA.

Here’s link to the event, and congratulations in advance to these outstanding recipients!