Home How to Become a Pilot Et Tu, Annie’s? 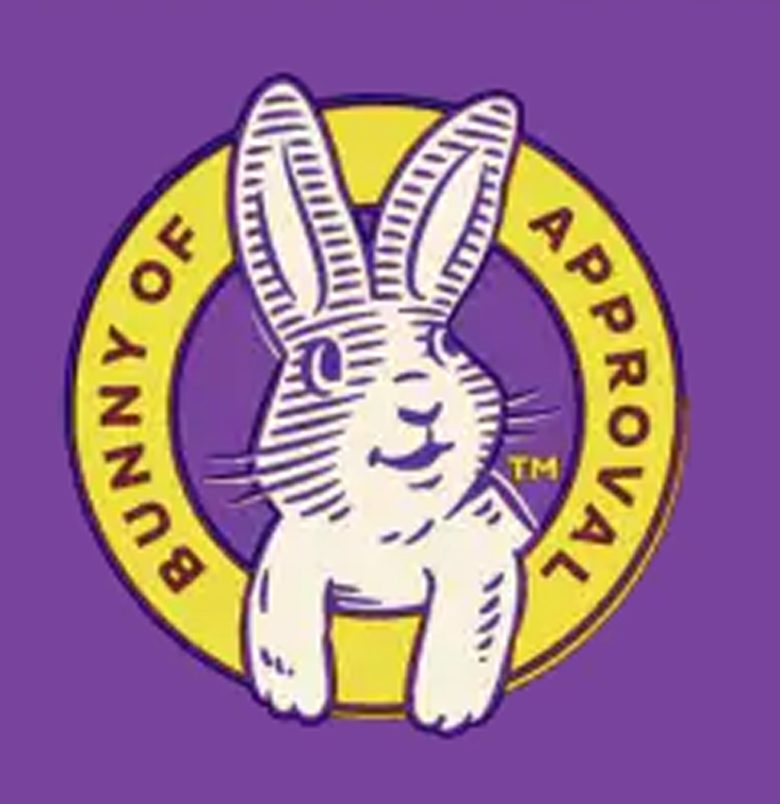 AS YOU KNOW, complaining is my favorite habit. I’m at my best, I think, when I’m hating on something. And one of my favorite things to hate on are corporate liveries. Customarily my target is airlines, but I’ve been known to direct my scorn into other realms. The U.S. Postal Service, the New England Patriots, and the Holiday Inn hotel chain, for example, are among the entities whose redesigns I’ve panned in these pages.

This time it’s macaroni and cheese.

I discovered Annie’s macaroni and cheese in 1992. For thirty years it’s been my go-to guilty pleasure snack. Packed with carbohydrates and sodium (there are numerous flavor combinations, too many of which I find addictive), Annie’s is likely the chief culprit in the progressive growth of my waistline and blood pressure readings.

Annie’s Homegrown was founded in Connecticut by Annie Withey and Andrew Martin back in 1989. (Martin was a co-creator of Smartfood popcorn a few years earlier.) Although today part of the General Mills conglomerate, the brand is marketed independently and has stayed true to the hippie-ish ethos of its founders. Think of it as the Ben & Jerry’s of the shells and cheddar world.

What I’m upset about is the company’s new packaging. I was at Star Market in Cambridge the other day when, as usual, I felt that inexorable pull towards the prepared foods aisle. I needed something to offset the spinach, organic berries, and the Beyond Meat veggie patties already in my basket. I looked up at those familiar boxes in their flavor-specific colors — the green alfredo, the purple cheddar. But something was different. The colors were more saturated. The “serving suggestion” image looked goopier and more decadent. The lettering had lost its little serifs. Was this my beloved Annie’s, or some low-budget knockoff?

I fell to my knees, upended my basket and threw my arms to the heavens. “Is nothing sacred!” I bellowed to the gods of consumer marketing. I wept, smacking my hands against the floor in frustration, until a vexed assistant manager dragged me away by my ankles. 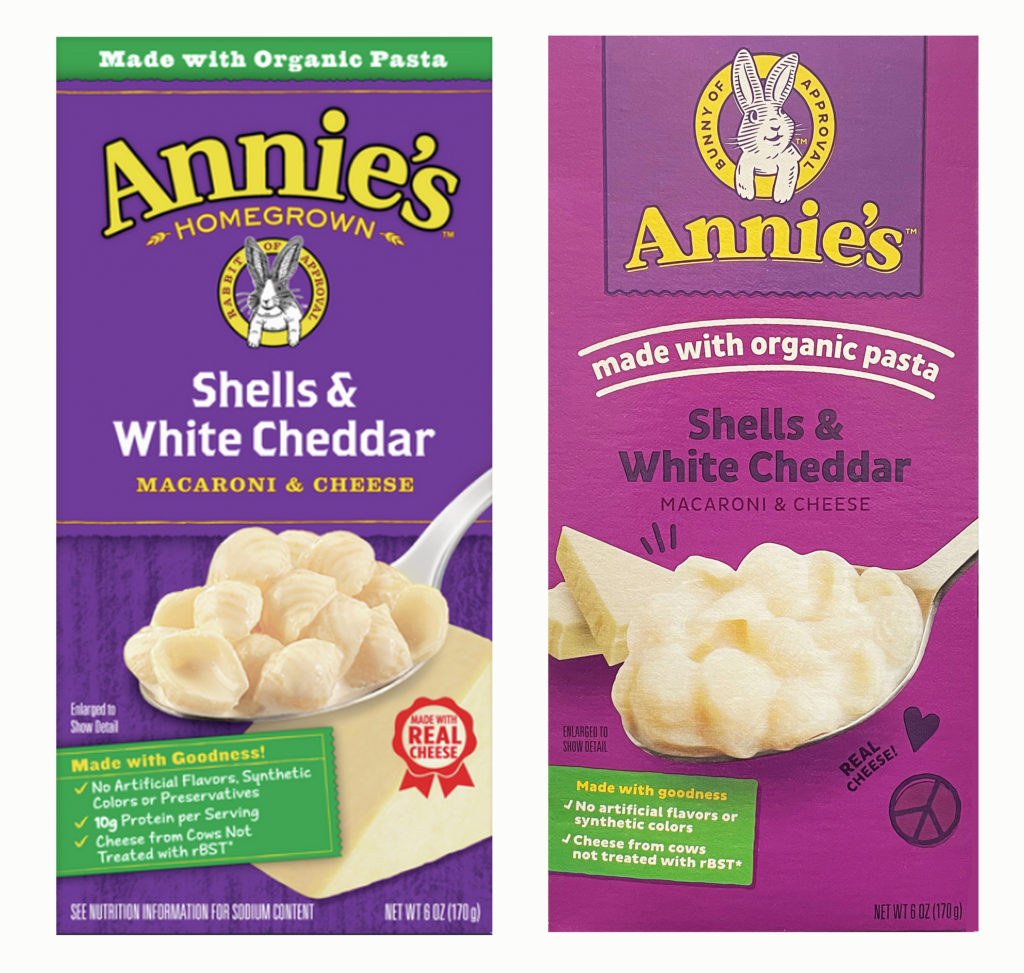 Old on the left; new on the right.

The Annie’s livery had changed once or twice over the years, but it was always stylish and distinctive. Sophisticated yet fun, with a look and feel marketable towards both kids and adults. This new one looks — there’s no other way to say it — cheesy. Like it was designed by a child. Is that the intent? Is their marketing now aimed at actual children, instead of the overgrown kind like me? And what’s with the stink lines coming from the spoon?

Worst of all is what they’ve done to Bernie, the company’s rabbit mascot, whose whiskered visage has adorned the boxes from the beginning. (I’m tempted to use the word “iconic” here, but remember what we’re talking about). Like the rest of the packaging, he’s been dumbed down. His picture is more cartoonish. And he is no longer the “Rabbit of Approval.” Now he’s the oh-so-cute “Bunny of Approval.” This alone is grounds for a boycott. Apparently the idea of a rabbit is too taxonomically sophisticated for the average eater. The word “homegrown” — another lofty concept we can’t handle — has similarly been eliminated.

This is an outrage — a grotesque affront to the loyalest of customers. If I’m going to destroy myself through the reckless intake of starch, salt, and calories, can’t I please do it nostalgically? My favorite indulgence has become the Southwest Airlines of comfort food. Poor Bernie must be turning in his rabbit grave.

Wait, don’t say it. Of all the things to be whining about, right? There are so many good uses for bad energy, and this is the best I’ve got? The oceans are turning into acid, and I’m upset over a cartoon rabbit. Is this the dumbest post I’ve ever attached my name to?

And looking again at those boxes, I guess they could be a lot worse. That old lettering was kind of ugly.