Garmin Wins Collier, UAL Might Buy Supersonic Planes Someday, And A Pair of Tragic Jet Crashes In The South.

Home How to Become a Pilot Garmin Wins Collier, UAL Might Buy Supersonic Planes Someday, And A Pair of Tragic Jet Crashes In The South.

by adminJune 5, 2021June 5, 2021Leave a Comment on Garmin Wins Collier, UAL Might Buy Supersonic Planes Someday, And A Pair of Tragic Jet Crashes In The South. 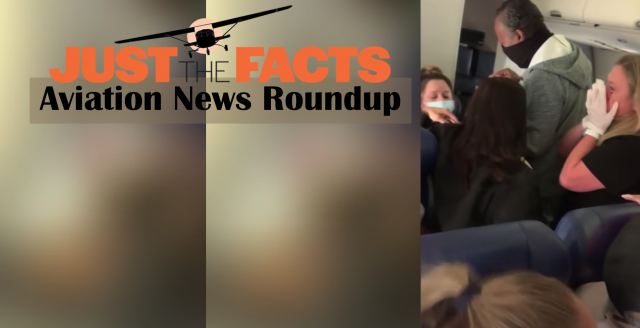 Garmin International was won the 2020 Robert J. Collier Trophy for its Autoland safety utility. The system, which is available and certified on the Piper M600, the Cirrus SF-50 Vision Jet and the Daher TBM 940, serves as an emergency backup that will assume control of the plane, configure it for descent and landing, and bring the plane to a safe stop on the runway.

In an unusual move, United Airlines ordered a hypothetical handful of supersonic jets from Boom Supersonic. The order will come, it said, once the plane is up to its standards. Boom hopes to roll out the first prototype in four years.

A Sonex SubSonex micro jet crashed in Lafayette, Louisiana, killing the pilot/sole-occupant. The homebuilt jet crashed into a local lake in front of several eyewitnesses. The NTSB is investigating.

Southwest and United Airlines are pushing the pause button on bringing back alcohol sales on its flights after a passenger assaulted a Southwest flight attendant. The pandemic inspired stoppage of alcohol sales was driven by concerns over COVID-19, but the delay in the resumption of the service is driven by passenger behavior concerns.

China is said to be ready to unveil a hypersonic wind tunnel that will allow aerodynamicists to test models at 30 times the speed of sound. The facility in Beijing is said to use as much power some of the largest hydroelectric dams in the world produce in order to produce the airflow, which will be used for modeling the world’s fastest-concept aircraft.

Straight-line winds associated with a fast-moving storm front destroyed or damaged a number of planes at Gatesville (TX) Municipal Airport. Winds had been forecast to be higher than 70 mph, but observers think that the Gatesville winds hit triple digits.

A Citation 501 crashed shortly after takeoff from Nashville-area Smyrna Airport, killing all seven aboard the twin jet. The plane was carrying a well-known diet evangelist Gwen Lara and was flown by her husband, Joe Lara, an actor who had once played Tarzan on TV.

A pilot on a training flight landed the Cessna Skyhawk they were flying on a busy California Highway 101 north of Los Angeles without injury or even damage to the plane. The landing was captured on video by at least two motorists, one coming and one going.

The blowback from Belarus’ interception of a commercial RyanAir flight continues. Belarussian fighters forced the Boeing 737 to land at its capital city of Minsk, where dissident journalist Roman Protasevich was removed from the flight and detained. International flight body ICAO is investigating the incident, which many are calling a state-sponsored hijacking.