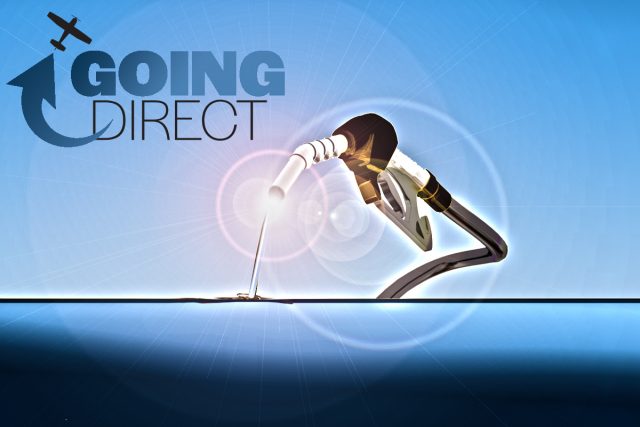 At the General Aviation Manufacturers Association (GAMA) meeting in Washington, D.C., yesterday, the blockbuster announcement was that the industry and the FAA are 100 percent behind 100 Low Lead aviation gasoline going away and transitioning to nothing but unleaded aviation fuels by 2030 which is a little less than nine years away.

The announcement was made by outgoing FAA Administrator Steve Dickson, a parting gift to aviation, perhaps, as he vacates the agency to spend time with the grandkids.

If you’re shaking your head that this kind of industry-wide commitment is only happening now instead of decades ago, I’m with you. Aviation is a dinosaur, insofar as our use of lead additives in our gasoline is concerned. The automotive industry turned to unleaded fuel in a major way starting in the mid-1970s. By the mid-80s, leaded auto fuels represented less than 10 percent of the fuel used. By 1992, California, the nation’s largest car market and de facto regulator of many things automotive, including fuel economy and emissions, had banned leaded auto fuel. By 1996, it was banned throughout the United States. That was 26 years ago now. Leaded fuel was almost entirely phased out ten years earlier, and ten years before that, it was no secret to anyone that lead was on its way out. That was more than 40 years ago.

Well, aviation did respond forcefully… by using less lead, kind of. The most brilliant part of the transition was calling the fuel “100 Low Lead,” which gave everyone the impression that the new fuel was a huge improvement. It wasn’t. 100 Low Lead was, in fact, lower in lead than only one of the fuels it replaced. The public at large thinks that our low-lead fuel must have very small amounts of lead in it, but 100 LL has as much lead in it as auto fuel of the early 1970s.  100LL has about half the amount of lead as the old leaded 100 octanes, so that’s a plus for the airplane engines that needed 100/130 previously. But 100 LL has a lot more lead than 80 octanes, which became a scarce commodity by the late 70s and unavailable by the end of the 90s. So that was a net loss. How much was the difference in the total lead output with the entrance of 100LL on the scene in the late 70s/early 80s? There are so many variables, it’s impossible to say for sure, but it was a lot less of an improvement in our lead emissions than you might think, if it was an improvement at all. Regardless, as an industry, we’ve been banking on the appearance of a huge improvement for the past few decades.

So when airport authorities start using the presence of lead as an excuse for shutting down airports, they are not entirely to blame. We share a big part of the responsibility that it’s come to this.

And we find ourselves today, some forty years and change down the road from when auto gas started to get the lead out, suddenly getting serious about going to unleaded fuel. It’s a bit much. The self-congratulatory tone, especially, is hard to take. After all, the FAA has been hard at work shepherding the creation of unleaded aviation fuel for a couple of decades now with nothing major to show for it. Sweden, by the way, has had an acceptable unleaded 90/95 octane fuel since 1991. So the big announcement that the FAA was getting behind phasing out leaded avgas by next decade strikes me a little like a teenager who gets caught smoking, responding by proudly announcing that they will be quitting altogether by the time they’re 21, as if it’s that’s an accomplishment. It isn’t. It’s deflection. All that really happened is that they got caught smoking.

And GA has gotten caught. The move by the Santa Clara County Commissioners in the Bay Area of California to ban 100LL at its airports and to push for the closure of one of the busiest GA airports in the country, Reid-Hillview, is something we should have seen coming. Forty years ago. And done something real about it.