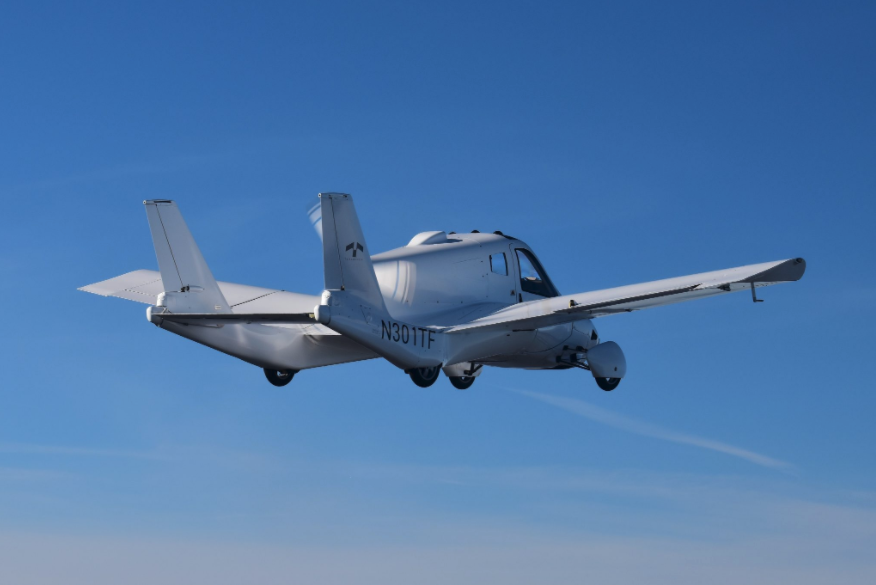 I’ll get this out of the way: The whole idea of a flying car is really dumb. I don’t say that because I’m some kind of luddite. The opposite is true. I’m a longtime champion of new ideas and innovative aviation technologies. Here’s why I believe the very concept of a flying car is, at its very core, fatally flawed—and why there hasn’t been one for 70 years. It’s not a quirk of the marketplace. It’s because the very concept is unworkable, and the end product would be, if not a nightmare, then at least a near useless conveyance.

I get it. The appeal is obvious. Jetsons and space-themed visions of a future world with cars spreading their wings and beating the freeway crowds on the owner’s way to happiness. That pathway is pure fantasy.

The fact is, the two jobs—car and plane—do not go well together. It’s not impossible to build a plane that can also be used in theory as a car. Any old Cessna 182 can do that., though its wingspan would make grabbing burgers at the drive-up window problematic, and its pedestrian chopping nose would make it less than a crowd favorite.

Planes that can be both things are, at their core, huge compromises on both sides of the design sheet, so much so that it is practically impossible to come up with a satisfying solution, and I only say “practically” impossible because I like to leave a window of hope cracked just a little at all times.

And think about this. When pilots indulge in one of their favorite pastimes, perusing used airplane ads, smart ones at first quickly look at two things—total time on the airframe and engine. With the Terrafugia, those total times would have to include driving, and roadways are far less forgiving than the silky-smooth airways and paved runways that airplanes are generally treated to. What pilot in their right mind would want to do that to their investment?

So things have gone predictably for Terrafugia, and its plane—a two-seater called the Transition—is in the final throes. I will admit that the company lasted about a dozen years longer than I thought it would. Along the way they’ve taken more than a hundred deposits (from people who I seriously doubt will ever get a plane) and had investment from industry and defense along the way in the many millions of dollars. In recent years, the ownership changed hands, and shortly thereafter leadership did a shuffle, as well, with founder Carl Dietrich stepping aside.

Despite all this, the Transition recently got the FAA’s okay—again, it’s not certification—for the plane to be a plane under the Special LSA segment of the LSA regulations, which allows the company to deliver ready-to-fly aircraft. Not ready-to-fly-and-drive flying cars, but ready-to-fly aircraft that the company had developed as a flying car. So, in theory at least, it was halfway there, and it only took a decade and a half.

But it was not to be, at least in this incarnation. After 15 years and untold millions of dollars of investment, the company last week laid off most of its workforce in preparation for a next step that one can only speculate will not be a crowning moment.

Terrafugia started up 15 years ago, and their leadership across the board came to the project with impressive credentials—the place was chock-a-block with MIT grads. Which puzzled me to no end. I didn’t think I was missing something. I really didn’t. I knew that they were. The thing wasn’t going to work. There was just no way.

It didn’t take long for them to figure that out. The thing—it is one of the ugliest vehicles I’ve ever seen—first flew in 2012, and if you can find video of that flight, please pay attention to how well it doesn’t fly. I was never offered the chance to fly it—to my knowledge, no journalist was—but if I had been, I’d have declined before I’d read through the first sentence of the invite. I’ll leave the aerodynamics arguments up to others, but all you need to do is look the tail of the aircraft to see how much design compromised its execution. So, no thank you then, and no thank you now.

Here’s why flying cars are stupid. First, it’s not easy to design a great aircraft when all it’s supposed to be is an aircraft. Weight versus power versus weight again is the aircraft designer’s constant, lifetime companion. And when you need to make an airplane that is also a car? Good luck. Terrafugia figured out pretty early on that Part 23 certification, which is a high bar even for just airplanes, was not going to work, so it decided to go the Light Sport Aircraft (LSA). As you might know, LSA are not really FAA certificated. The certification standards are determined using industry consensus standards, though manufacturers do need to stick to the FAA’s performance and weight requirements.

In this case, Terrafugia got around 450 pounds of extra weight, an exemption from the FAA, granted for some reason that I have yet to understand, and still, it couldn’t get it done.

I hate to see any company fail. And I especially hate to see customers lose deposit money. But the Transition was never going to work, and if what remains of the company is working toward Act II, then they do so in stark defiance of the laws of physics, economics and common sense.