Going Direct: Why Vaccine Passports Are the New Cultural Battleground in Aviation

Home How to Become a Pilot Going Direct: Why Vaccine Passports Are the New Cultural Battleground in Aviation

by adminApril 9, 2021April 9, 2021Leave a Comment on Going Direct: Why Vaccine Passports Are the New Cultural Battleground in Aviation 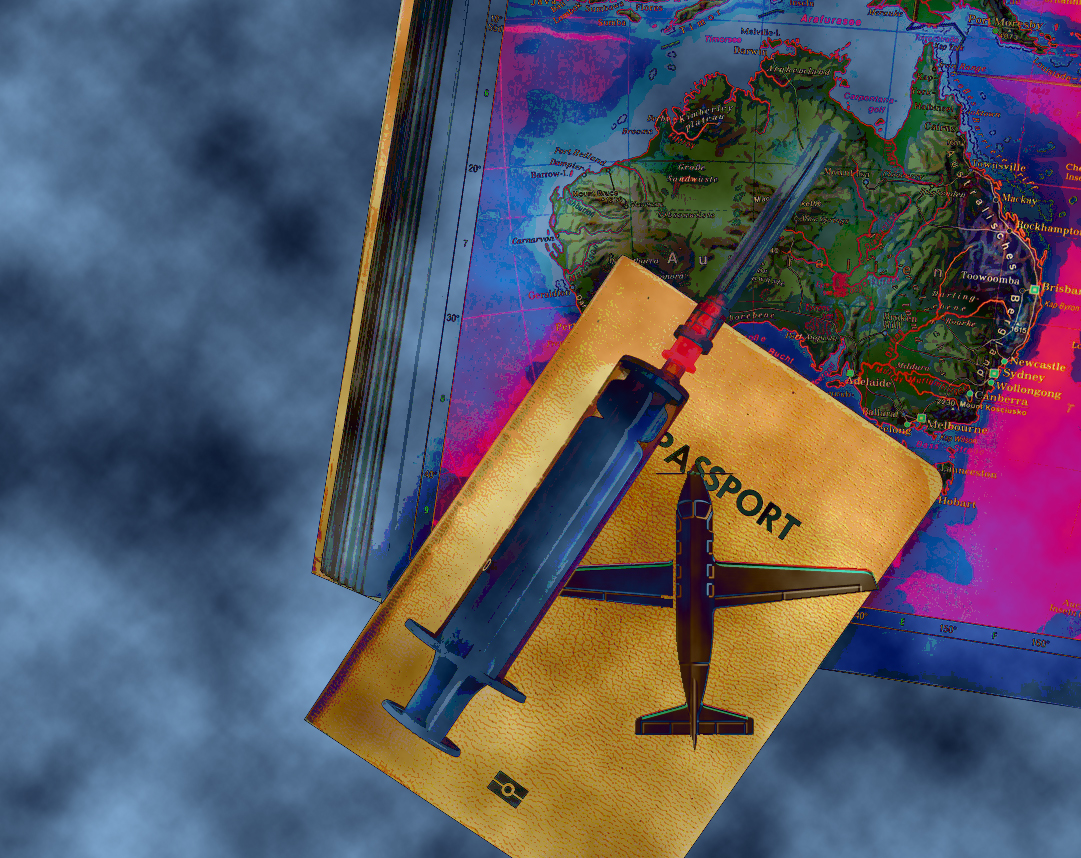 Two Republican governors of large red states have body slammed the very idea of vaccination passports, and they have support from many conservatives and a surprising number of progressives, too. Gov. Ron DeSantis (R, FL) and Greg Abbott (R, TX) have come out with executive orders forbidding the requirement for such passports at government state facilities. At a press conference DeSantis said, “It’s completely unacceptable for either the government or the private sector to impose upon you the requirement that you show proof of vaccine to just simply be able to participate in normal society.”

Abbott issued a similar executive order on Wednesday, though his didn’t go quite as far as DeSantis’ while still banning the passports at the local, county and municipal level. The passports, by the way, are rare, with no  known sightings in Florida or Texas. Abbott’s order bans any government entity or private organization that gets state aid from requiring anyone to show proof of vaccination for any reason.

The issue is problematic on both sides. First, the principal that both DeSantis and Abbott cited, in short, is that government should never force private citizens to get vaccinated as a condition of access to public resources. The problem with that stance is, in both Texas and Florida, and in the rest of the United States, as well, such requirements are already in place in multiple places, including for children to attend school. Neither Abbott nor DeSantis has suggested rescinding those requirements. Nor have they been pressured to do so, to our knowledge anyway. So the principle of vaccinations being required for government programs is widely accepted and has been for many decades. It’s hard to say how requiring proof of vaccination against the coronavirus is different. If anything it seems to support an even greater interest on the part of the government to take such measures.

And while DeSantis’ order forbad even private businesses from requiring vaccinations, it’s not clear under what authority he could issue such a rule, not to mention that doing so would be counter to his stated philosophy of limited government control over private business. After all, if businesses are free to open despite federal warnings of the potential consequences, shouldn’t privately owned businesses both small and large be allowed to call their own shots when it comes to calling people on their shots and choosing whom they admit or turn away?

And when we use the phrase “vaccine passport,” indeed, when most commentators discuss it, it’s a generic reference, as there are multiple apps that are essentially doing the same thing, linking public records to an individual’s vaccination records and making a sharable record of it that the user can show for access to bars and airplanes and private businesses.

Again, the Centers for Disease Control hasn’t issued any such cards, nor announced any plans to do so. That doesn’t mean that states or municipalities or country governments won’t do it, though there’s hasn’t been much movement in that direction so far. The most noteworthy exception is the State of New York, which has launched a vaccine passport system that it’s had in development for the past several months. The idea behind it is pretty simple. An abbreviated explanation of the program is this. The citizen just provides their own ID and the State cross references government databases, which already exist, for proof of vaccination.  That proof can be shown on a phone app, so businesses can check the app before a customer is admitted to the location.

In terms of privacy, such an app wouldn’t create any new data or require anyone to use it. So, the privacy concerns are hard to understand, though I admit that in the age of Amazon knowing what kind of socks I prefer (Smart Wool) and what my favorite Beatles song is (Glass Onion), where it comes to the issue of privacy,  I’m afraid that this bird has flown. Can vaccine passports make it any worse? I don’t see how.

Passports are already happening in aviation, with some airlines and some foreign countries requiring proof of vaccination on some routes. Moreover, a number of foreign countries, mostly in Asia at this point, have implemented vaccination-checking programs and apps. Here in the U.S., domestic carriers JetBlue and United have both implemented some vaccine passport-like protocols, some of which have been in beta testing for months.

Would I be willing to use such a vaccine passport. I would. I want to visit a few international destinations when I can, and it’s very possible that in order to do that, I’ll have to do the vaccine passport thing. It seems well worth sharing that info with the authorities at Charles De Gaul in order to spend time with family and friends in Paris. The info, after all, is already in government databases. It doesn’t matter to me if the CDC shares my vaccination record with immigration officials in Tokyo. And given the amount of other info that is available on me, I’m not sure what principle it would trample that’s not already been thoroughly flattened.

The good news is that, at least when it comes to our segment of aviation, such systems would be too difficult and expensive to implement, and, since we fly from place to place and state to state, it would be virtually impossible to make such a system workable given state anti-passport orders in Texas and Florida (with more to come) that disallow such passports. Moreover, there’s nothing to be gained for the authorities. We’re such a niche segment that we’re not worth the trouble of implementing anything very complex. Not to mention the colossal difficulties of creating new FAA regulations, which would likely be required if new regs placed any new kinds of eligibility requirements upon us. And I am all for there being one fewer regulation that the FAA can use against GA pilots, especially since the risk we represent is statistically zero and when all we want to do is have fun with a few friends and family members. The feds doubtlessly have bigger concerns.

So let’s go flying, and as spring turns to summer, we can worry about density altitude and complain about the high price of avgas and leave the headaches associated with this political hot potato to the folks in D.C.