Hydrogen Not Green After All? New Details On 1980s Stealth Technology And What Aviation’s Share of $1 Trillion Will Be

Home How to Become a Pilot Hydrogen Not Green After All? New Details On 1980s Stealth Technology And What Aviation’s Share of $1 Trillion Will Be

by adminAugust 13, 2021August 13, 2021Leave a Comment on Hydrogen Not Green After All? New Details On 1980s Stealth Technology And What Aviation’s Share of $1 Trillion Will Be 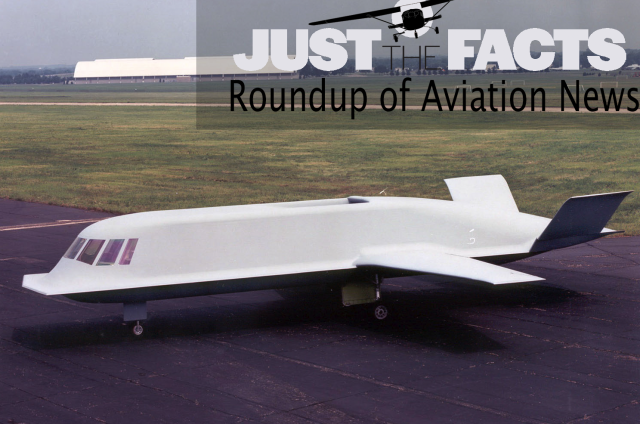 The STIHL National Championship Air Races at Reno announced a packed field for its September 15-19 event. It said that 145 airplanes would be there to race (or otherwise show off), and the airshow would include a performance by the fabulous USAF Thunderbirds.

A peer-reviewed study by The Park Foundation and Cornell University found that hydrogen, one of the most-hyped fuel sources for a greener future, isn’t green at all. The authors wrote that the creation of blue hydrogen, which is made from natural gas, is responsible for as much as 60% greater emissions than the burning of coal or natural gas itself due to the carbon-heavy footprint of the manufacturing process.

Joby Aviation, makers of an emerging all-electric 135-bound multicopter, has gone public. The new company consists of the combined Joby and Reinvent Technology Partners, is known as Joby Aviation, with ticker symbols JOBY and JOBY WS.

The NTSB is investigating the puzzling crash of a Mooney in Minnesota last week that was captured on a home surveillance cam. As the aircraft came into view, the video captured plummeting with its wings folded upward, a failure that might be the first of its kind in a Mooney.

Congress’ infrastructure bill has cleared the Senate and now heads to the house. The bill, pared down to just over $1 trillion, will have around $25 billion for updating aviation infrastructure, including modernizing air traffic control facilities. It also includes billions for runway and other airport infrastructure improvements and repairs. The bill is expected to pass the House and President Joe Biden has said he will sign it.

Denny Jarvi, the retired program manager of the Tacit Blue stealth aircraft program of the 1980s, revealed in the 10 Percent True YouTube channel interview with Steve Davies, new information about the program. It included that Northrop’s stealth entry, nicknamed the Whale, was extremely stealthy, so much so that it was undetectable by even the best airborne radar systems of the day until it was in visual range. The two-part podcast is here.

Comedian Jay Leno has attracted a lot of attention, some of it negative, after the posting of a video showing him emerging from the nose of an airplane, a Grumman Albatross, in flight low along the cliffs of Catalina Island, off Southern California. Leno, who appears to not be in a restraint, was okay and the flight proceeded otherwise normally.

Diamond Aircraft dealer Premier Aviation sold the first Diamond DA50 RG in North America. The aircraft, which already has EASA approval, is expected to earn FAA validation of that certification. It is powered by a 300 hp Continental diesel based on a Mercedes engine. Diamond North America making first deliveries by the end of 2022.

Leonardo (formerly Augusta) announced it was making progress on certification of its AW 609 civil tiltrotor. The aircraft, which has been in development for around 25 years, is aimed at the business and charter markets. The company expects to have its first production-conforming aircraft completed by the end of this year, though when it will be certificated under the  FAA’s Powered Lift Category remains to be seen.

Hermeus got a $60 million contract from the USAF to flight test the Atlanta-based company’s new Quarterhorse, a future Mach 5 jet that it intends for passenger travel in addition to military uses. The stealthy-looking aircraft makes use of Hermeus’ TBCC engine, with turbojet engines that transition to ramjet mode once they have accelerated the aircraft to great-enough speeds. Hermeus intends to fly the jet in 2022.