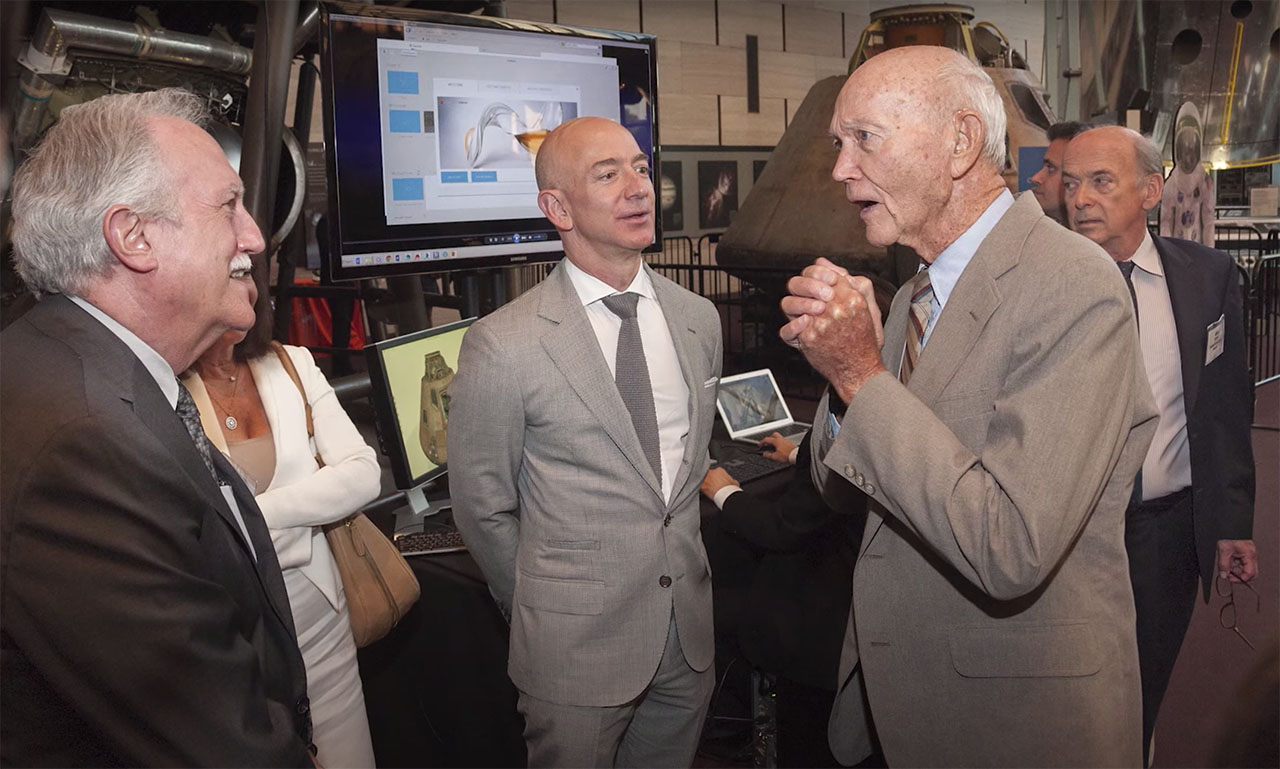 Philanthropy is a complicated beast, and it should surprise no one that charitable giving is used to promote companies’ and individuals’ agendas and visions, so when news came down that billionaire would-be astronaut Jeff Bezos gave $200 million to the Smithsonian Air & Space Museum, the reaction was first, grateful, and second, skeptical.

The gift, which the Smithsonian is calling the second-largest ever, after the eponymous founder’s, will be put to good use, with $70 million going to support the much-needed renovation of the National Air & Space Museum and $130 million to launch a new education center. The education center, to be located at the main museum’s site on The Mall, will go up on the east side of the museum’s plaza, and, yes, it will be named the Bezos Learning Center, “in honor  of Bezos’ donation.”

According to the museum, the center, “…will feature programs and activities that inspire students to pursue innovation and explore careers in STEAM (science, technology, engineering, arts and mathematics) fields, and it will help teachers better utilize the Smithsonian’s collections. The center will connect to all Smithsonian museums, coordinating STEAM-related collections and experts across the Institution and promoting inquiry-based learning in visitors of all ages, with a focus on under-resourced communities. The center will activate programming through innovative community partnerships to reach students and teachers in Washington, D.C., and in communities across the country. It will be built in conjunction with the second half of the museum’s ongoing revitalization.”

As far as benefit to Mr. Bezos? Often very wealthy people, from Carnegie to Gates, seek to cement a legacy, and it’s very likely that’s what Jeff Bezos is doing here. It’s also surely no coincidence that the gift goes to the Air & Space Museum, as Bezos is the head of Blue Origin, the spaceflight company. Might charitable giving of this magnitude affect the light in which Bezos’ achievements in space exploration are viewed? It wouldn’t be the first time. Just look at the decades it took the Smithsonian to recognize that the Wright Brothers were first in flight and how wrapped up in financial considerations that final acknowledgment seemed to be. We’ll see how this one goes.

Amazon First In Books…And In Space