Home How to Become a Pilot Keeping the Curtains Closed 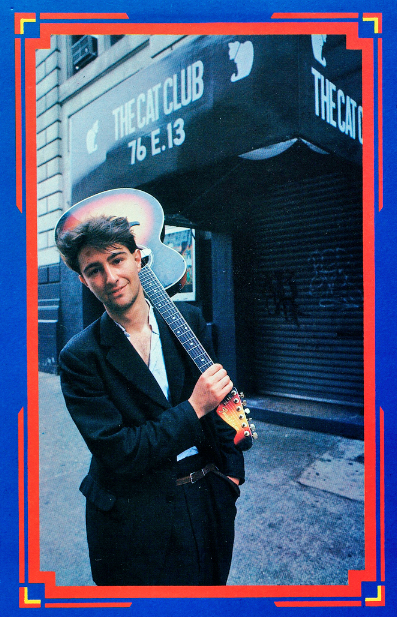 IT’S WITH CONSIDERABLE shock and sadness that we mark the passing of Pat Fish, the Oxford-educated musician better known to fans worldwide as the Jazz Butcher. He died unexpectedly on October 5th, of causes yet unknown but rumored to be related to sleep apnea. He was sixty-four.

You’ve never heard of the Jazz Butcher. That’s all right, nobody has, for all intents and purposes. There’s that annoying expression, “cult following,” and seldom has it been more apropos, for better or worse, than here. Pat’s music wasn’t widely known, but for those who discovered him, it was like finding buried treasure. You don’t simply like the Jazz Butcher; you love the Jazz Butcher.

I certainly do. For me it began in 1991. I’d heard the name tossed around once or twice, but knew almost nothing about him. I’d been a devotee of underground for years already, which gives you an idea of how unknown this guy was, at least on these shores. Then one night, at a friend’s apartment in Brighton, Massachusetts, I spied a cassette tape of an album called “Bloody Nonsense,” and asked to borrow it. I believe it was the song “Rain” that I first latched on to. I never returned the cassette, and I have it still. Thirty years later my obsession with Pat’s music has barely diminished. Pat Fish is my favorite singer-songwriter of all time.

I can’t really describe what he sounds like. I guess it’s the music a wickedly bright and clever guitarist would make, slightly inebriated, and always spiced with a sly but upbeat sense of humor.

Pat was never a pop star because, as one fan described it perfectly on his tribute page, the music world simply had no idea what to do with him. Into what category could this man possibly fit — this troubadouring punk rock gentleman who studied philosophy and refused to scowl? Punk? Post-punk? Mainstream pop? It was all of that, from thrashers to ballads to drinking songs. But never in a pretentious or throw-away style. Even his quirkiest cuts were — how else to put it? — serious. A novelty song like “Love Kittens,” when you really listen to it, is actually a finely crafted gem. Which brings us to another annoying expression: “art rock.” I suppose this comes the closest. But traditionally this label connotes the moody and dour. Pat wasn’t like that. This was art rock for happy people. 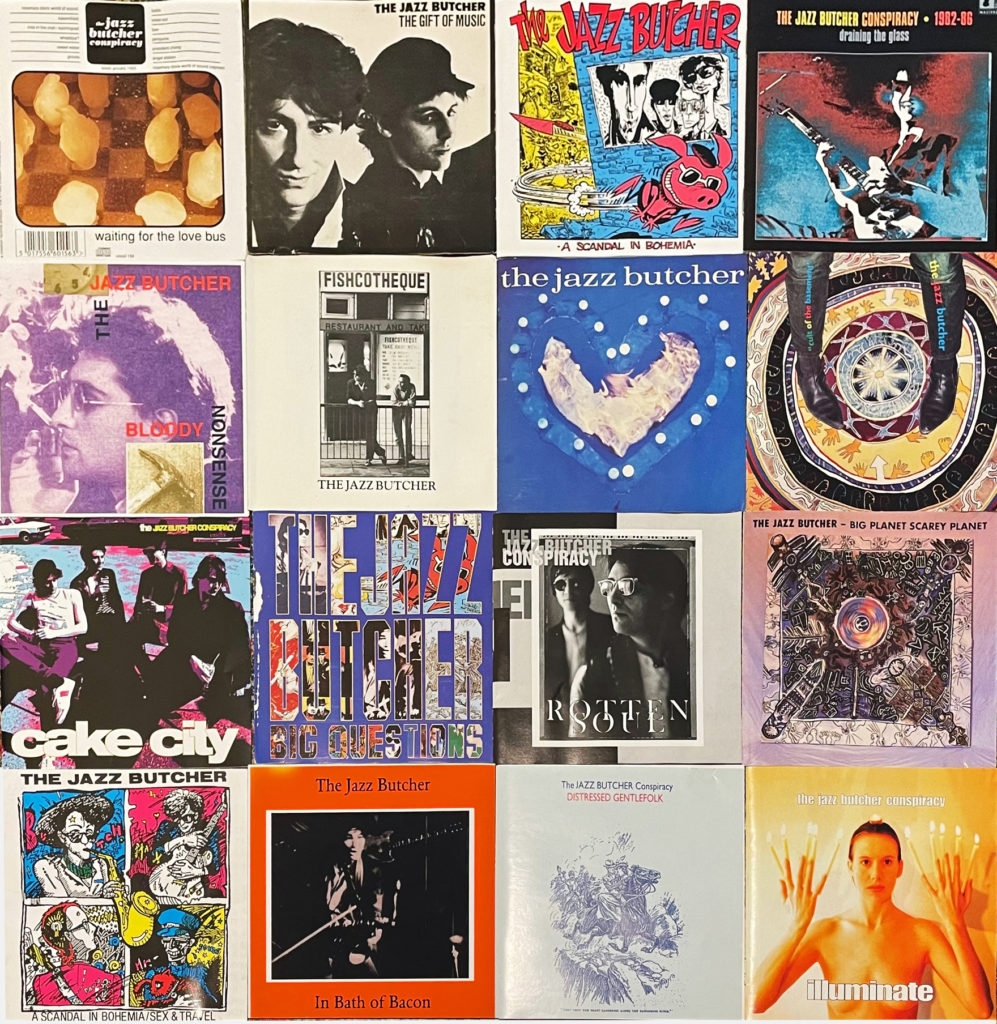 From the author’s compact disc collection.

I once made a list of every Jazz Butcher song that incluced a lyrical reference to animals. I came up with sixty-two. He’s also responsible for the only cover version of the Modern Lovers’ classic “Roadrunner” that I ever could stand.

How many albums did Pat release? Beats me. There are so many complications, re-releases and whatnot in his canon that they’re hard to quantify. All I know for sure is there are more Jazz Butcher records in my collection than those of any other artist (including Husker Du, yes). The photo above shows about half of them. If you want somewhere to start, I’d recommend the Draining the Glass collection.

Somewhere in that discography, too, is a tragically neglected album called This is Sumo, from a short-lived band called Sumosonic, in which Pat shared vocal and guitar duties. I almost hate bringing this up, because I don’t want to de-emphasize Pat’s legacy as the Jazz Butcher, but this record, for all its obscurity, is absolutely brilliant.

The picture up at the top, from the back of the Big Questions album, is my favorite shot of Pat. There’s something quintessential about it; the guitar, the smile, the sneaky insouciance. It’s a photo you can just about hear. The framed poster that hangs in my office room, partially visible in this photo, was stolen from the window of a club called Tramp’s, on 21st Street in Manhattan, in May of 1992. I own a setlist from that tour as well, on which Pat drew the letters “o” in the shape of small hearts.

I came to know Pat a little bit through Facebook. He was always good enough to answer my questions. Beyond that, I knew him only as a musician, not as a friend — so much as those things are necessarily the same and completely different. We can only assume he was as kind, funny, and dazzlingly interesting as his music.

This sucks. Most of my heroes are dead now. Grant Hart, Joe Strummer, Spalding Gray, Vonnegut. But this might be the heaviest gut-punch of all. It’s just not fair. Our condolences to Pat’s family, his galaxy of friends, and to his longtime collaborator Max Eider.

A toast to the Jazz Butcher, in three parts….