Home How to Become a Pilot Learjet Bird Strike! 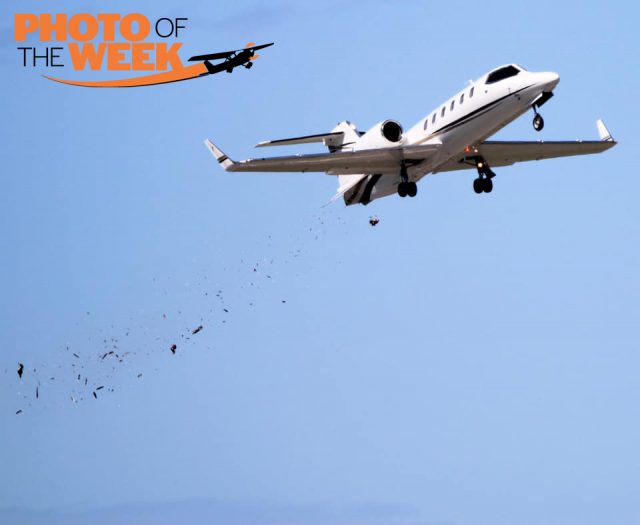 Matt Pulinski captured this striking image of a Learjet striking a bird shortly after taking off from Buffalo, New York, and shared it on his Facebook page. The jet reportedly returned for a precautionary landing. No one was hurt. No word on the cost of repairs, if any, though it looks like a good-sized (former) bird that got hit (if not a couple of them?).

Bird strikes are one of the hazards in aviation we can only do so much to guard against. We all know the story of the Miracle on the Hudson Airbus that Captain Chesley “Sully” Sullenberger dead-sticked to a water landing on the New York City river, but they are quite common, with more than 17,000 of them being reported in 2019 alone. Some are catastrophic. Read our Dave English’s analysis of the tragic crash of a Cessna Citation bizjet after hitting birds.