IT’S FUNNY how an airline that went out of business almost thirty years ago still makes the news from time to time. So it goes when the airline is Pan Am.

On Monday, American authorities announced they were bringing formal charges against Abu Agela Mas’ud Kheir Al-Marimi, a former Libyan intelligence officer. Al-Marimi is alleged to have been responsible for manufacturing the suitcase bomb that destroyed Pan Am flight 103 over Lockerbie, Scotland, in 1988. Monday, the day of the winter solstice, marked the 32nd anniversary of the bombing, in which 270 people were killed.

Al-Marimi, who reportedly has confessed to making the bomb, is currently in Libyan custody. It is unknown how, will, or if he will be extradited or might otherwise stand trial. He is thought to have participated in the 1986 bombing of a Berlin discotheque as well.

The announcement was made by U.S. Attorney General William Barr. Now in his second tenure, Barr had been Attorney General at the time of the bombing. In the 1990s, his team, led by a hard-nosed investigator named Robert Mueller (yes, the same Robert Mueller), charged two other Libyan men, Abdelbeset Ali Mohmed al Megrahi and Al Amin Khalifah Fhimah, for roles in the bombing. The men were put on trial by Scottish prosecutors in the Netherlands, where Fhimah was acquitted and Megrahi was convicted. Megrahi was sentenced to 27 years in prison, only to be released on humanitarian grounds in 2012 after becoming ill. He died about two years later.

Flight 103, a Boeing 747 named Clipper Maid of Seas, was bound from London to New York, when it blew up in the evening sky about a half-hour after takeoff. All 259 passengers and crew were killed, along with eleven people in the town of Lockerbie, where an entire neighborhood was virtually demolished. Debris was scattered for miles. Until 2001, this was the deadliest-ever terror attack against American civilians. A photograph of the decapitated cockpit and first class section of the 747, lying crushed on its side in a field, became an icon of the disaster, and is perhaps the saddest air crash photo of all time.

In 2003, as part of an attempt to curry favor and normalize relations with other countries, including the United States, Libyan leader Mohammar Khaddafy admitted to directing the Lockerbie attack, and agreed to a $2.7 billion settlement for the victims’ families. He also took responsibility for the 1989 destruction of UTA flight 772, and paid a blood money settlement for that one too.

Few Americans remember the UTA incident, but it has never been forgotten in France (UTA, a globe-spanning carrier based in Paris, was eventually absorbed by Air France). A hundred and seventy people were killed when an explosive device went off in the forward luggage hold of a DC-10 bound from Congo to Paris. The wreckage fell into the Tenere region of the Sahara, in northern Niger, one of the planet’s most remote areas. (Years later, a remarkable memorial, incorporating a section of the plane’s wing, was constructed in the desert where the wreckage landed.) 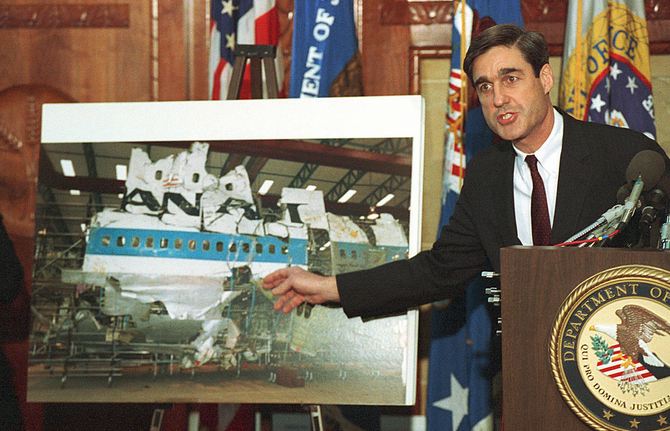 The Lockerbie investigation was — and continues to be — one of the most fascinating and intensive in history. Much of the early footwork took place on the Mediterranean island of Malta, where the explosive device, hidden inside a Toshiba radio and packed into a suitcase, was assembled and sent on its way. Al-Megrahi and Fhimah had been employees of Libyan Arab Airlines. Fhimah was the station manager there in Malta. During my vacation to the island a few years ago, it was a little eerie when I found myself walking past the Libyan Airlines ticket office, which is still there, just inside the gate to the old city of Valletta.

There’s lots to read online about flight 103, including many ghastly day-after pictures from Lockerbie. But instead of focusing on the gorier aspects, check out the amazing story of Ken Dornstein, whose brother perished at Lockerbie, and his dogged pursuit of what really happened. (Dornstein, like me, is a resident of Somerville, Massachusetts, and he lives within walking distance.)

THE UNFORGETTABLE SAGA OF TWA 847
THE SKIES BELONG TO US
THE TRAGEDY AT TENERIFE, 40 YEARS ON.