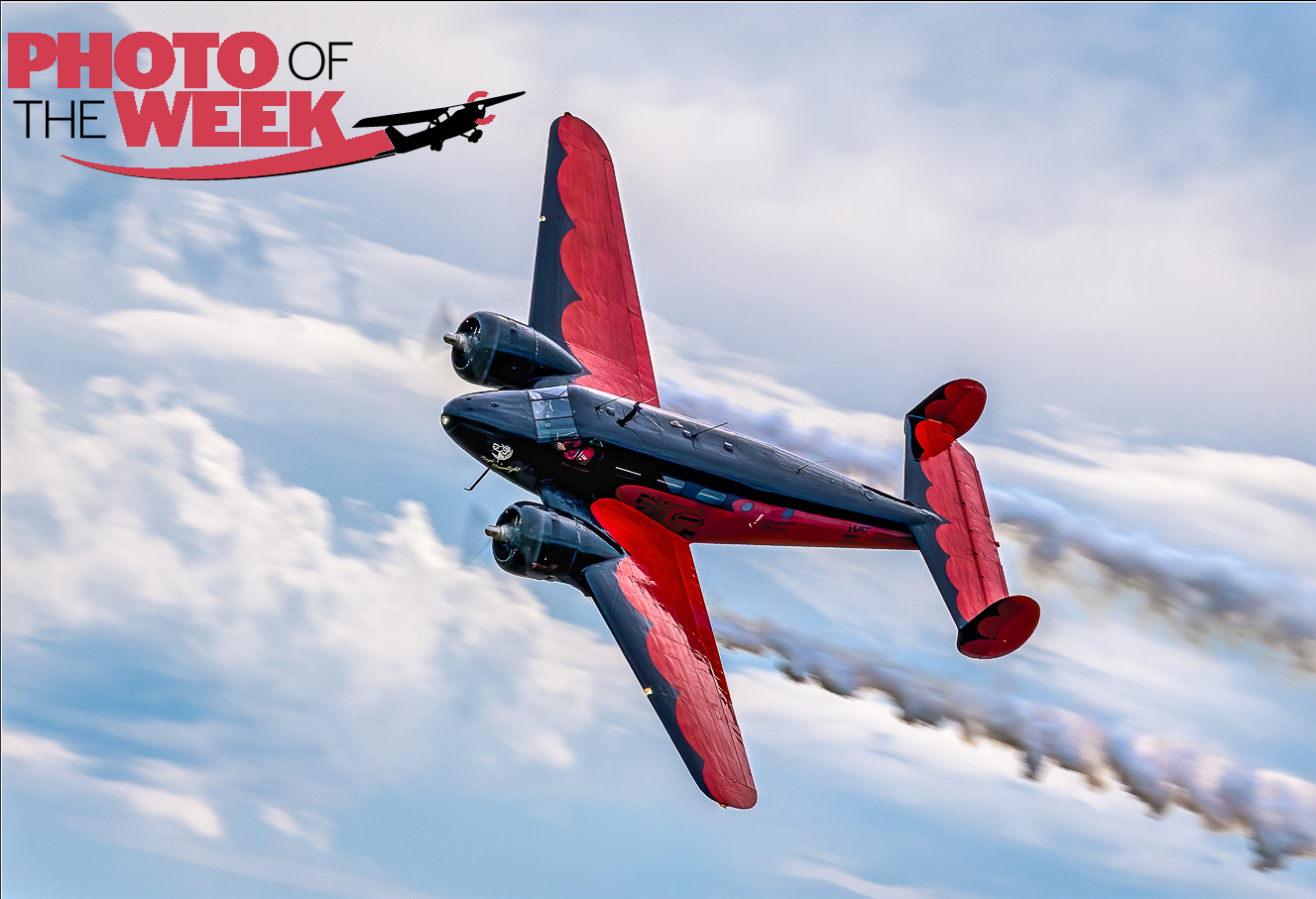 This week’s Plane & Pilot Photo of the Week is a terrific shot by Randy Gusdorf of airshow star Matt Younkin’s gorgeous Beech DA-18 Twin Beech taken an airshow last year. Younkin was forced to land the plane with the gear only partially extended after malfunction while he was preparing for an airshow at Saint Joseph, Missouri. Thanks to some local help, he was remarkably able to get the plane back up and running again in only a few days’ time.

Gusdorf captured this striking image, which he calls “Flight to the Future,” at the Chesterfield Air Show, near St. Louis, Missouri, in September of 2019. “That day,” he recalled, “was a cloudy, misty, and rainy. I love to take my pictures in more difficult conditions, as I find that, as here, the elements can be enhanced, as in this shot the shiny red wings, and the exhaust texture in the picture, adding an additional sense of motion.”

Gusdorf’s shot was one of the finalists in this year’s Plane & Pilot Your Flying World Photo Contest.

Congrats to the photographer and to Matt Younkin and team for a great shot and a great outcome despite cloudy conditions!