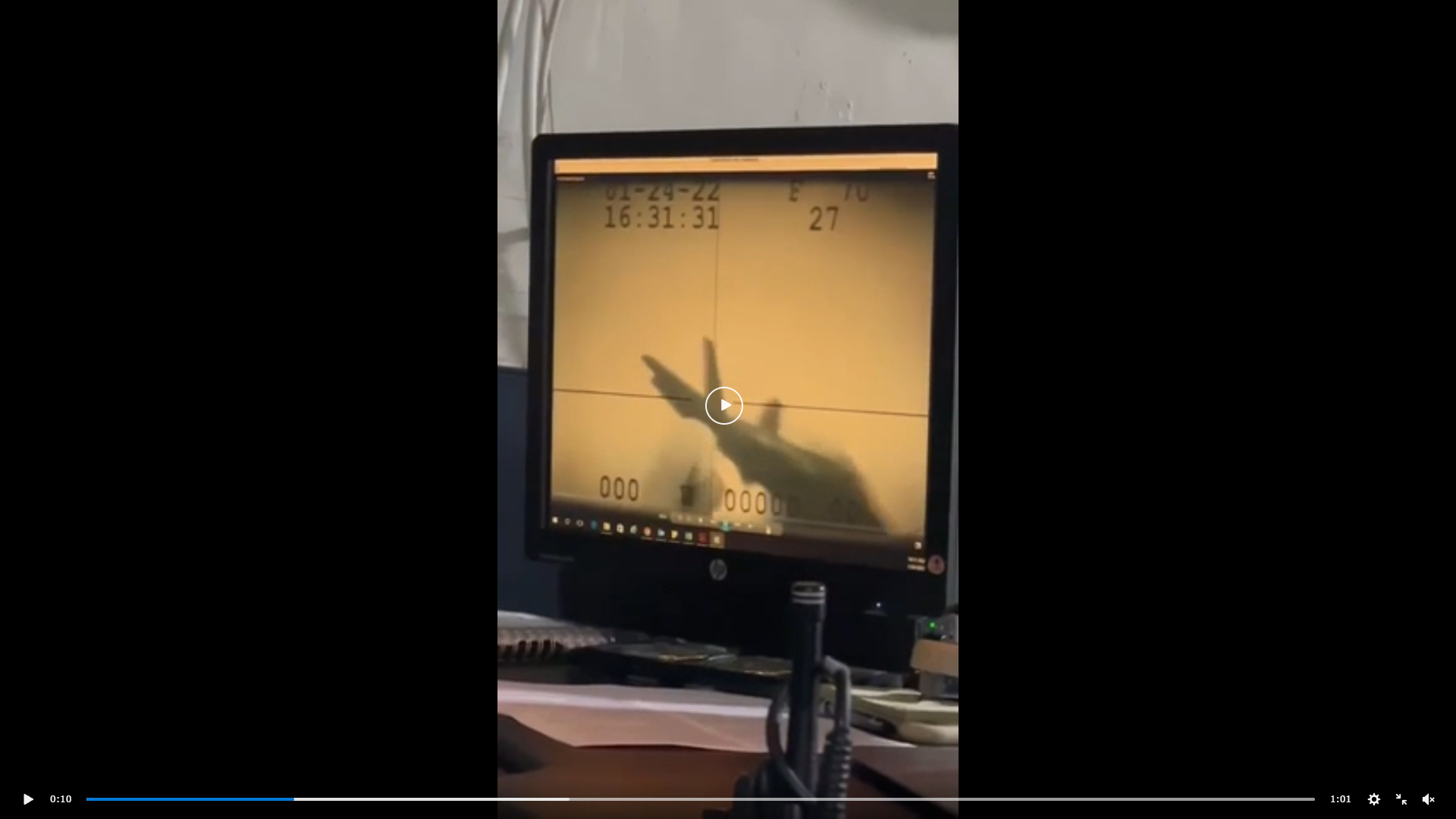 Additional video has emerged of the January 24th landing mishap aboard the USS Carl Vinson in the South China Sea. The Navy, which confirmed the authenticity of the latest video, is now conducting two investigations: one for the crash and another for the video leaks, spokesman Cmdr. Zachary Harrell said in a statement to The Hill.

The pilot ejected safely but seven sailors were injured. It was the second crash landing of an F-35 in January 2022.

The 51-second video, seemingly captured by smartphone camera while viewing a desktop monitor, includes separate camera angles strung together which show the hard impact of the jet and a fiery slide down the carrier’s deck. Audio can also be heard, presumably of the Landing Signal Officer, calling urgently for “power” and then ordering a wave-off. Perhaps most impressive, as one Reddit user pointed out, is the speedy response of the fire crew. “14 seconds elapsed between the start of the crash and water coming out of the first fire hose. I don’t know [what] their training benchmarks are, but that seems extremely fast to me,” the user said. Other online commenters recounted personal experiences with Navy training for rapid response to fire on board carriers during deployments.

The F-35C is the tailhook-equipped CATOBAR variant of the Lightning II, optimized for “Catapult-Assisted Take Off But Arrested Recovery.” It does not feature the STOVL abilities of the F-35B model.

Leaked video of the F-35C crash on Carl Vinson, a classic case of ramp strike by the most advanced fielded fighter jet pic.twitter.com/wVl5nLI1bN