Phone Use Mandated On Airliners? Ida’s Devastation, GA’s Answer, And Farewell To A Titan 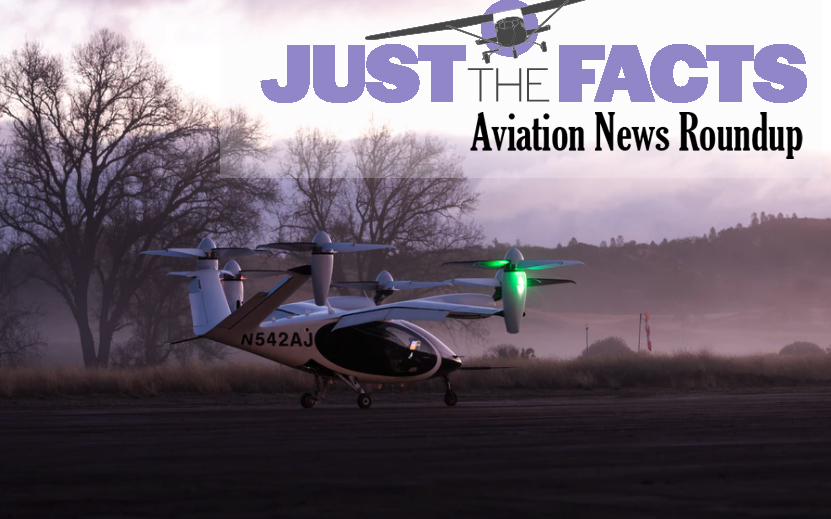 The remnants of Hurricane Ida devastated the Northeast earlier this week, leaving dozens dead and causing havoc for all forms of transportation. With Newark International closed due to record flooding, among other Ida-related emergencies, airlines cancelled more than 500 flights, which will reverberate for days as airlines work to accommodate the disruption.

The Civil Air Patrol’s Louisiana Wing was pressed into service after Ida to assist the federal government in damage assessment and emergency response, which made landfall near New Orleans last week as a Level 4 hurricane with winds of 150 mph as it dumped huge amounts of rain from Louisiana to Massachusetts.

The FAA is running a study to learn if it’s a better idea to leave cellphones on during flight. With GPS spoofing a real concern, the FAA is working with the private industry to develop an app that uses cellphone distance information from nearby phones to determine if the GPS position being used by the plane makes sense. No word on whether the airlines will pay passengers for the service.

A Cessna Citation 560 Excel business jet crashed into a building after taking off from Robertson Field in Plainville en route to Manteo, North Carolina, but it crashed shortly after takeoff, hitting the side of a building in nearby Farmington, Connecticut, killing the two pilots and two passengers. There were two minor injuries in the medical device manufacturing plant the plane crashed into.

James Raisbeck, founder of Raisbeck Engineering, died earlier this week at the age of 84. Raisbeck, who earned numerous prestigious awards for his engineering achievements, helped pioneer the aftermarket for turbine aircraft by developing a series of ingenious and popular STCs for turboprops, business jets and airliners. A career-long philanthropist who was committed to making aviation better, Raisbeck was a major donor to his alma mater, Purdue University, Seattle’s Museum of Flight, and the Seattle Symphony Orchestra. He also helped establish Raisbeck Aviation High School in Seattle, which last week took top honors in GAMA’s annual design challenge for the team’s designing of an airborne vaccine logistics and delivery system.

Collins aerospace acquired flight tracking provider FlightAware last week in a deal the terms of which were not announced. The acquisition, well signed by both sides, is pending approval by the feds—a process that could take as much as a couple months.

The General Aviation Manufacturers Association released first-half numbers for 2021 and the news is good. Deliveries of aircraft in all segments improved over the same period of 2021, and piston-powered aircraft deliveries improved by better than 12% year over year.

A floodgate at New Orleans’ Lakefront Airport was not installed before the devastating storm Ida swept ashore, leaving a swath of destruction. But in this case, it was all for the good. The floodgate, which some consider redundant given improvements after Hurricane Katrina, does a better job of keeping floodwaters in than it does keeping floodwaters out. So, in this case, the lack of a gate allowed better access to the airport and allowed floodwaters to drain back into Lake Pontchartrain more quickly.

It didn’t go as intended, but the launch last month of Astra Space’s rocket from Kodiak, Alaska, served as an impressive demonstration of the company’s AI. One of the rocket’s five engines failed, but the launch software put the rocket into hover mode so it would move away from the pad and then climb as high as possible given the remaining fuel. Still, Astra’s stock values tumbled in the wake of the launch failure.

The FAA is doing flight testing of Joby’s as-yet-unnamed advanced air mobility vehicle. It’s the first testing of its kind. The FAA will use the opportunity to not only check Joby’s aircraft’s flight behavior but to develop a rubric to evaluate other next-gen aircraft.