Photo Of The Week: The Best Radar Track Drawing, Ever

Home How to Become a Pilot Photo Of The Week: The Best Radar Track Drawing, Ever

For our Plane & Pilot Photo(s) Of The Week, Kristin Acadia Rokos and flying partner Kent Wien have been flying in their Aviat “Husky” to draw images of Kristin’s good dog Rudder, whom you can also see emblazoned in one photo here on the tail of the plane. 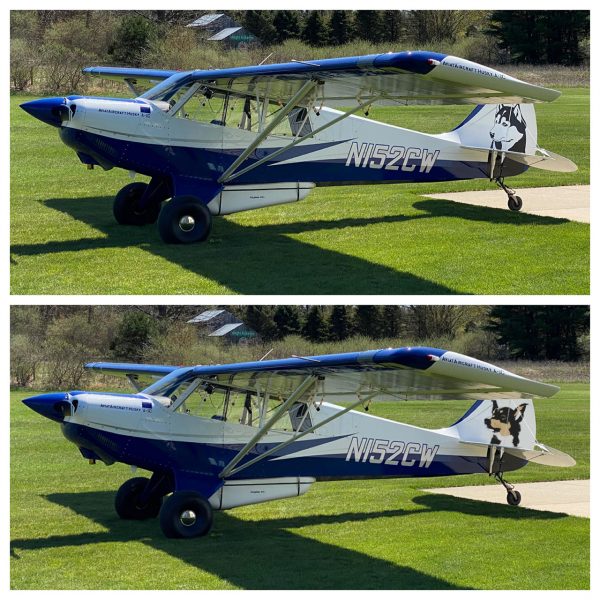 The couple flew a dry run, trying their luck with a simpler but still really fun image—see the video of that effort below. They’ll move on to what we can only describe as the Mona Lisa of dog drawings done by flight tracking in the coming weeks.

The flying for the dry run took some time, around an hour and a half, and some of the figures required some very tight turns, which Kristin described as “near wingovers.” Rudder came along to help.

The artist behind all this aerial majesty was Brad Gould, who painted the Rudder rudder and drew the Rudder pathway. Nice work, Brad!

If the names sound familiar to our Plane & Pilot readers, there’s good reason. Kristin and Rudder appeared on our Plane Strong/Pilot Strong cover with a profile in that same issue. And Kent was one of the top prize winners in our inaugural Plane & Pilot Your Flying World Photo Contest for his amazing shot of the Christ The Redeemer statue overlooking Rio De Janeiro, Brazil, which he took from his paraglider.

Kristin and Kent are both pilots for a major airline.