Home How to Become a Pilot Pilots and UFOs 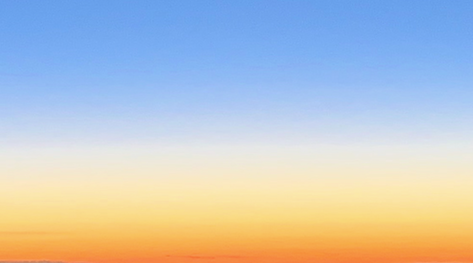 EARLIER THIS SUMMER, the U.S. government released its anxiously-awaited (by some) report on unexplained airborne phenomenon. The investigation was driven by a rash of recent sightings, including the startling video of a mysterious object shot from a U.S. Navy fighter seven years ago.

The findings, as these things tend to go (see Mueller, Warren, et al.) were inconclusive, and brought on little more than collective yawn. Experts analyzed some 120 incidents, and although many could not be explained, that, in itself, was not considered evidence enough to conclude that we’re dealing with intelligent life from elsewhere. Our UFOs remain exactly that: unidentified flying objects. This, for better or worse, is generally how official analysis is bound to go. I don’t know what people expected. Maybe something like, “Alien Beings are Stalking Us, Government Says.”

I’m asked all the time about UFOs. This is understandable, I suppose, given that my office is a cockpit, offering me a wrap-around view of late-night sky for hours on end. Have I ever seen anything I couldn’t identify or explain? Alas; I wish my life was that interesting. The answer is no. While I’ve seen plenty of magnificent and occasionally peculiar things from an airplane, I’ve never seen a UFO. Neither has any other pilot I know. See chapter five in my book for a list of the more exciting airborne views I’ve enjoyed over the years. Regrettably there’s nothing there about spaceships, pulsing lights or zig-zagging objects that defy the laws of physics.

I’m not saying these things aren’t out there. There are billions of stars in our galaxy, and tens of billions of galaxies in the universe. Doubting the existence of extraterrestrial life seems foolish. I’ve just never seen one.

Aside from chemtrails, of course.

In closing, this subject must segue to its rightful place. To the late Grant Hart and one of the prettiest songs of all time. Play loud…

Sometimes I see her, sitting on the rooftop,
Perched in a lawnchair and staring
into the sky.

I know that somewhere, in some faraway galaxy
That some gray men with telescopes are gazing
right into her eyes!