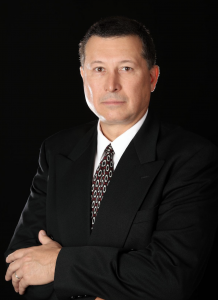 Piper Aircraft today named as acting CEO company veteran John Calcagno, who assumes the leadership of the company as 10-plus-year Piper CEO Simon Caldecott retires. Piper has not announced when it plans to name a permanent replacement for Caldecott or if Calcagno might be that person.

Calcagno has been at Piper even longer than his former boss, serving most recently as CFO, so Piper can be assured in the interim of having a CEO who knows the business end of the game intimately. An Air Force veteran with long experience in a variety of business, including some Fortune 500 companies, Calcagno has been with Piper for 11 years.

In accepting the position, he said, “I know that I speak for everyone at Piper Aircraft in thanking Simon for his leadership and tireless dedication to the company.” He added, “I am incredibly excited to assume this new role and for the future of the company. We have an exceptionally talented team at Piper Aircraft that is focused on taking decisive actions to transform the business, continuing to innovate our products in new and diverse ways, and unlocking future growth opportunities. I look forward to leading the company and continuing our great tradition of precision manufacturing and delivering best-in-class airplanes,” he said.

Caldecott came to Piper in 2011 at a time of great distress for the company, shortly after it had been acquired by Imprimis, which is owned by the government of Brunei, and after the company had gone through four CEOs within a couple of years and laid off hundreds of workers due to the downturn of the recession of 2009.

Caldecott’s first order of business was to cancel the PiperJet project, which had been rebranded and redesigned as the Altaire, choosing instead to focus the company’s energies on its existing PA-46 aircraft. That lineup at the time included the pressurized piston-engine Malibu Mirage, the unpressurized Matrix variant, and the Meridian pressurized turboprop. He also directed the design of a new flagship, which would come to be known as the M600. In addition, Caldecott oversaw the reinvigoration of the PA-28 training fleet, including the introduction last year of a much lower priced version, the Piper Pilot 100, while along the way also successfully fielding a diesel-powered PA-28, the Archer DX.

Caldecott was on the hot seat on more than one occasion, including defending Piper’s workforce downsizing and renegotiating its agreements with the State of Florida over employment agreements made with Florida before the recession. He also was charged with the unenviable job of communicating with the Western media regarding Brunei’s shockingly conservative laws and practices regarding women and LGBTQ people.

One of Caldecott’s crowning achievements was Piper’s certification in concert with Garmin of the first FAA approval of Garmin Autoland, which Piper certificated in its M600 single.