Home How to Become a Pilot Plane & Pilot Just The Facts Aviation News Round Up: Big News Week, From Vaccines To Hybrid Flyers 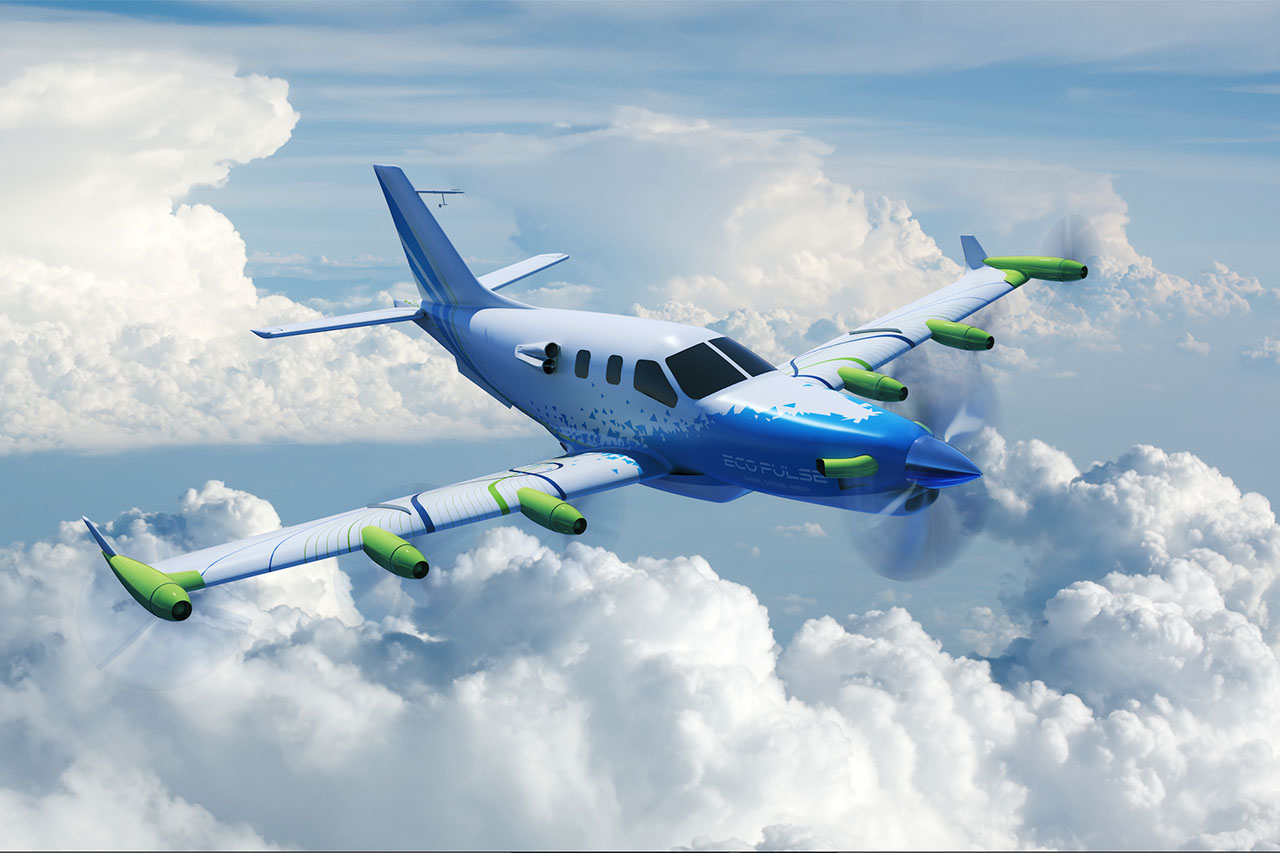 Daher announced that its EcoPulse joint project with engine maker Safran has passed its preliminary design review, a major step, it said, in the development of the hybrid plane. The EcoPulse will utilize six wing-mounted electric thrusters to complement the conventional nose-mounted powerplant. Daher plans to assemble the aircraft next year.

Garmin introduced a new envelope protection feature called Smart Rudder Bias on a few twin-engine aircraft. It will be a no-added-charge feature of G600 autopilots in many Beech Barons and in select Piper PA-31s, in order to help pilots successfully deal with low-speed engine-out emergencies. To do this, the autopilot will provide rudder assist to help the pilot make a strong enough input, and it will bank into the operating engine, all while maintaining flight above blue line, if possible. Garmin says more models of aircraft will get approval for the feature.

Los Angeles Mayor Eric Garcetti, who was reportedly a finalist for the top job at Transportation in the coming Biden administration, announced that LA would create an air mobility partnership for “low-noise, electric aircrafts” to fly in LA airspace by 2023. Critics of Garcetti’s plan say that LA has numerous pressing transportation issues it is not adequately addressing.

The FAA approved the vaccine for COVID-19 produced by Pfizer-BioNTech for use by pilots and controllers. The agency said that personnel getting the vaccine have to wait two days before flying or directing traffic.

Speaking of COVID-19 vaccines, the Pfizer-BioNTech vaccine began shipments earlier this week. A UPS Boeing 757 was the first plane to transport the vaccine, which needs to be kept very cold, when it carried vaccines to Louisville, Kentucky. The vaccine will at first be given to at-risk health care workers and the most vulnerable, including people in nursing home care. More than 300,000 Americans have been killed by COVID-19 since cases first started appearing early in 2020.

The Austin (Texas) Police Department announced that it had finalized the investigation into a man who walked onto an active runway on the evening of May 7, 2020 and was subsequently struck and killed by a landing Southwest Airlines 737 jet. Authorities have classified the death as a suicide, but were unable to determine how the man gained entry to the secure airport grounds.

AERO Friedrichshafen, the largest European light GA gathering, plans to hold its 2021 event, scheduled for April 21-24. Aero cancelled last year’s event due to the coronavirus pandemic. It is not clear at this time what, if any, restrictions there will be on visitors to the event. Europe is currently undergoing a second major wave of COVID-19 infections, and Germany had more than 30,000 reported cases on December 15, the same day AERO made its announcement that the event would go on.

The FAA finalized an airworthiness directive calling for the replacement of the crankshaft on aircraft fitted with certain Super Air Parts crankshafts. The cranks were installed on Superior Air Parts O-360 and IO-360 engines and on some Lycoming engines as replacement crankshafts. Superior told Plane & Pilot that it has proposed an alternative means of compliance to the AD, which would be able to be performed “at a significantly lower cost without impacting the engine’s or aircraft’s safety,” though it said it would not go into details at this point, as the FAA weighs whether to approve the method.