Home How to Become a Pilot Plane & Pilot Photo of The Week for February 26, 2021 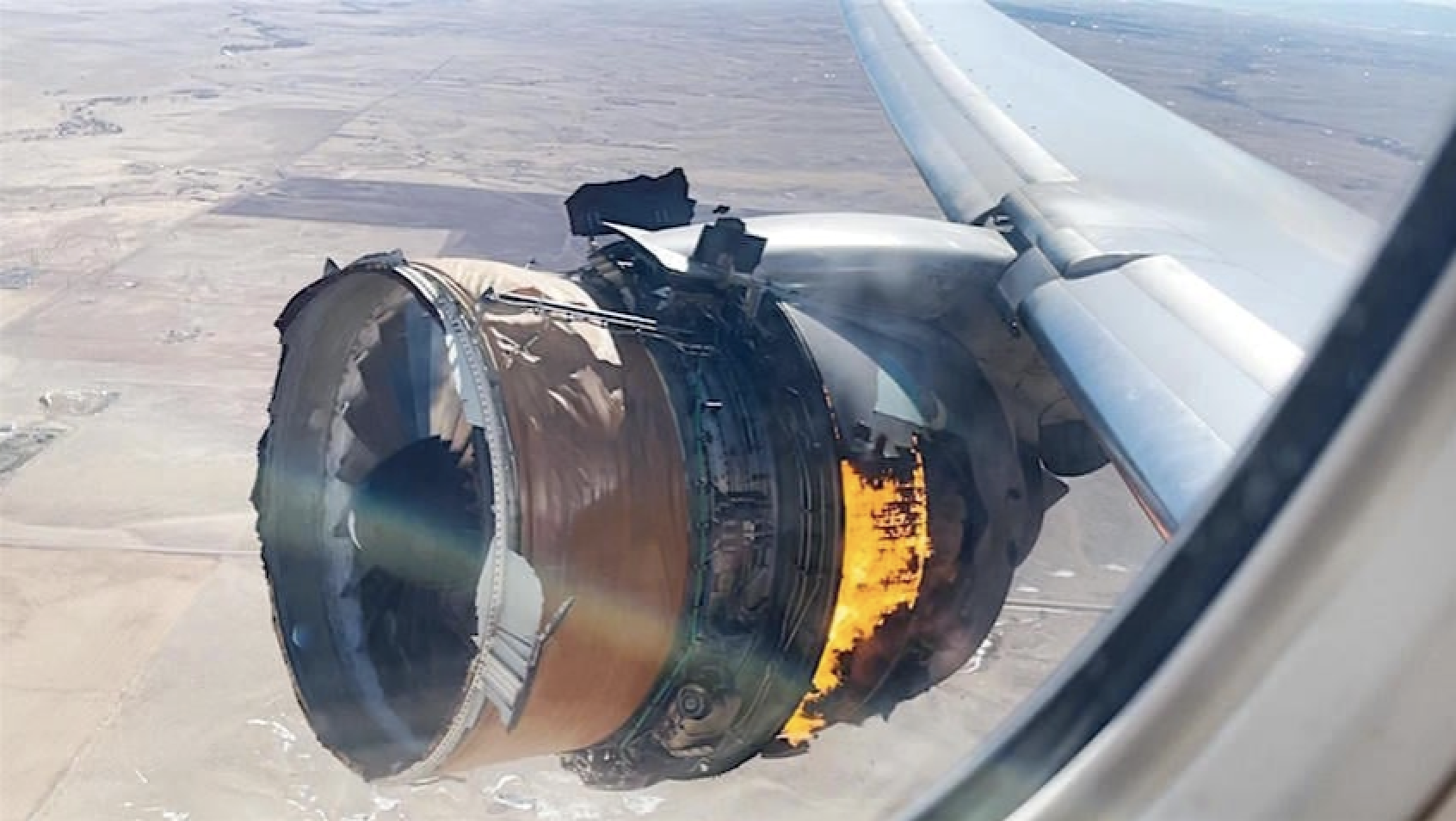 Our Photo of the Week for Friday, February 26, 2021, is of the Pratt & Whitney 4000-series engine on the 777-200 being operated as United Airlines Flight 328. The plane had just departed Denver International and was at around 12,500 feet when all hell broke loose. Passengers captured photos and video of the engine in flames, and residents below the flight path got videos of debris raining down. An almost intact leading edge of the engine cowling landed in someone’s front yard in Bloomfield. No one was injured, thank goodness, and the pilots and flight crew did an outstanding job of getting turned around and getting everyone home safely.