Home How to Become a Pilot Plane & Pilot Photo of the Week for The Week of January 25, 2021 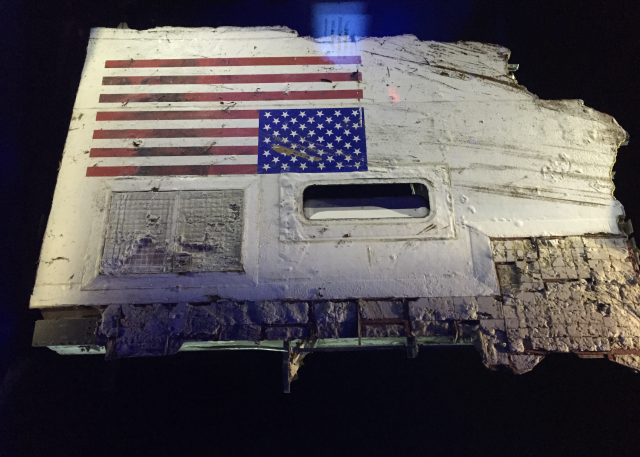 This week’s Plane & Pilot Photo of the Week is a photograph of a section of the fuselage of the Space Shuttle Challenger after it was recovered from the Atlantic Ocean in 1988, shortly after the crash of the shuttle. The accident resulted in the deaths of all seven on board—five astronauts and two payload specialists.

The disaster happened 35 years ago this week, and for many Americans, the memory stays with us, and memorial events and tributes to the lost crew members have been conducted around the country and around the world.

Challenger exploded at 11:39 Eastern Time shortly after its launch from Cape Canaveral,  Florida, on January 28, 1986. Killed in the explosion were Commander Francis R. Scobee, pilot Michael J. Smith, mission specialists Ronald McNair, Ellison Onizuka and Judith Resnik, and payload specialists Christa McAuliffe and Gregory Jarvis. McAuliffe was a schoolteacher, and the launch was the subject of science curriculum initiatives across the country, so of the tens of millions of Americans who watched the launch, many were school-age children.

It was the 10th launch of the Challenger reusable Space Shuttle, and weather on the day of the launch was frigid, and at the time of the launch, it was 28 degs F. NASA and contractor Thiokol had held a meeting the night before to discuss the ability of the booster rocket’s O-ring seals to function properly given the very low temperatures—lower than the components had been certificated to operate at. Thiokol engineers recommended against the launch, but NASA overruled. The O-rings did indeed fail, causing the explosion of the craft and resulting in the deaths of all aboard.

The disaster caused a three-year hiatus in the Shuttle program. After the program’s restart in 1988, NASA conducted more than 80 more launches of Space Shuttle orbiters, the last in 2011.