Plane & Pilot Photo Of The Week: Heroes In Action

Home How to Become a Pilot Plane & Pilot Photo Of The Week: Heroes In Action 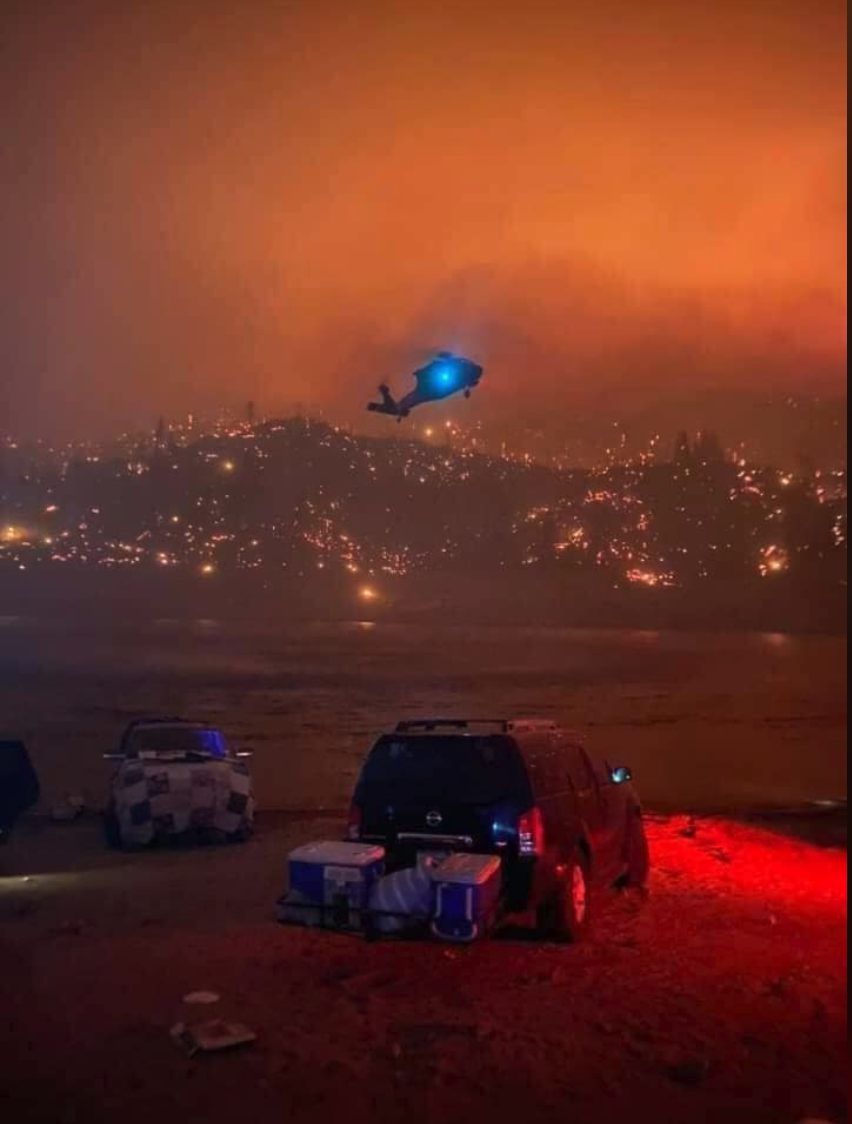 This week’s photo of the week was a no-brainer. It shows the dramatic arrival of a California Air National Guard Sikorsky Blackhawk helicopter at a campground in the Sierra Nevada Mountains that had quickly gotten surrounded by fast-moving wildfires. Campers were getting into the reservoir at the campground to escape flame and smoke, and one woman trapped there said at one point she wasn’t sure if she was going to drown or burn to death. Thanks to the heroic actions of these helicopter pilots, who some are saying defied directions to turn back, everyone was rescued and flown to safety. That’s what being a hero is. Putting your life on the line to help others, or, in some cases, as is true here, to actually save their lives.