Q&A With the Pilot, Coronavirus Edition

Home How to Become a Pilot Q&A With the Pilot, Coronavirus Edition 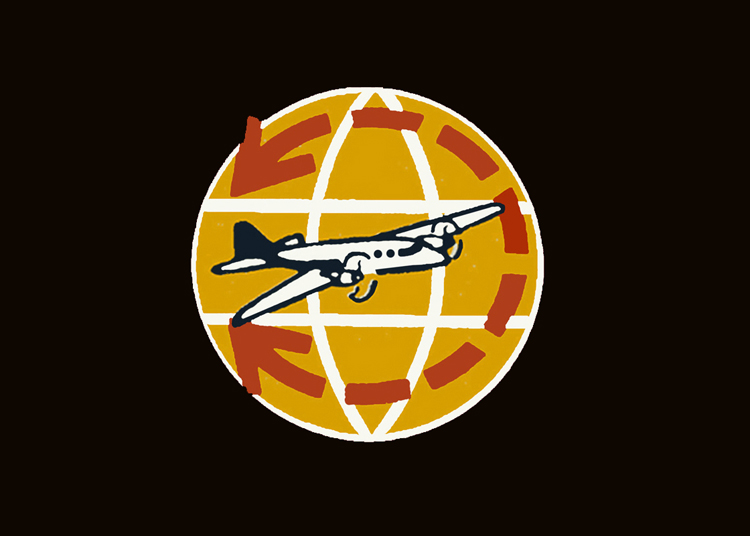 Q: Planes are mostly empty right now. How does that affect the way a jet handles?

First, although fewer planes are operating, not all of them are lightly loaded. Flights have been consolidated and many are full — or as close to full as you’ll get in this environment.

Second, passengers and their luggage comprise only a portion of a plane’s total weight — and that portion can be surprisingly small, especially on larger jets that carry a lot of fuel. For instance, the maximum takeoff weight of a Boeing 747 is about 850,000 pounds. The weight of 400 passengers (basically a full cabin) and their carry-ons is around 72,000 pounds. That’s under ten percent of the total.

It becomes more of a factor on smaller planes, but it’s still not as significant as you might think. The maximum weight for a 150-seat Boeing 737 or Airbus A320 is around 150,000 pounds. A full complement of passengers is roughly 27,000 pounds, or 18 percent of the total.

When I’m flying a 767 back from Europe, our fuel load alone might be 80,000 pounds. With every seat taken (those were the days), the combined weight of the plane’s occupants and carry-ons is under half that.

But now imagine a short, mostly empty flight. Here you have a low passenger load, a small amount of fuel, and perhaps no cargo. In this case the aircraft is substantially lighter than what the crew is used to, and it will handle differently.

The most noticeable change will be slower takeoff and landing speeds. Depending on the runway and configuration settings (flaps, slats, thrust), your liftoff speed (Vr) could be 20 or more knots below normal, and you’ll climb at a higher rate. This is a good thing in pretty much every respect. You’re using less runway and you’ve got better engine-out performance, all at more docile speeds.

On landing, unusually slow touchdown speeds can throw off a pilot’s perspective. The dynamics of how, exactly, will vary plane to plane and situation to situation. I recently flew an empty Boeing 757 from San Francisco to Los Angeles. Our Vref speed over the numbers was a ridiculous 108 knots, versus the 130 or so that is customary. The sense of “hovering” messed with my flare and the touchdown was, um, lumpier than I’d have preferred. (Strong headwinds can have this same effect: although your airspeed is normal, velocity relative to the ground can be 20 knots or more slower.)

In between, during cruise flight, differences are negligible or unnoticeable. You’ll be able to reach a higher cruising level more quickly, and you’ll consume less fuel, but otherwise there are no real changes in how the plane feels or behaves.

Q: How has the COVID-19 impacted your daily life and work schedule?

How do you even begin to measure this? Thousands of aircraft are grounded and more than 90 percent of flights have been canceled. Any comparisons to 9/11 are beyond hackneyed. There are no comparisons. Nothing like this has happened.

Every month pilots bid their preferences and are awarded a schedule. In an ordinary month I’ll work three or four “trips,” each anywhere from two to six days long. That equates to between twelve and seventeen workdays per month, depending. In the past eight weeks I’ve worked a total of two days and operated two flights. (Each had about 40 passengers.) I bid and received normal schedules for April and May, but almost every assignment was quickly canceled. I’m scheduled to fly from New York to LAX and back this coming Saturday. Let’s see if it happens.

Airlines are utilizing different fleets at different rates. At a given carrier, A320 crews might be busier than 767 crews, for example. Some carriers have been operating long-haul cargo charters, which is keeping their biggest planes — and their pilots — surprisingly busy. Other fleets, meanwhile, have been shut down entirely, meaning those pilots are doing nothing whatsoever.

I’ve been flying commercially since 1990, but most of the early jobs I had were marked by terrible pay and hostile working conditions. I was into my forties before I ever made a decent living and a lifestyle that I really could enjoy. I spent almost six years out of work after 9/11. The thought of having to go through something like that again is terrifying.

All airline workers are pay-protected through the end of the summer. Beyond that, who knows. Industry consolidation, bankruptcies, liquidations, massive layoffs… we are likely to see all of those things. Best case is that I’m looking at a significant pay reduction in the fall. The worst case is something I’d rather not talk about.

The so-called “airline bailout” is primarily a cover for salaries; it has not kept the airlines from hemorrhaging tens of millions of dollars daily. Salaries make up a significant fraction of an airline’s expenses, but it’s still only a fraction. The largest carriers are each currently losing more than $1 billion per month.

I guess this was one way of solving the pilot shortage.

Q: When you’re flying significantly less than usual, what steps must be taken to ensure your licence stays valid?

A pilot’s license never expires. What does expire, however, is his or her currency — i.e. “recency of experience,” as the F.A.A. puts it. To keep current in my aircraft type, I need two things. The first is to pass a semi-annual training evaluation. This is a two-day course that we repeat every nine months, usually referred to as “recurrent training.” In addition, we need to log a minimum of three takeoffs and landings every 90 days. If you drop put of currency, the airline has to run you through the simulator to bring it back again.

Takeoff and landing recency is a common issue for pilots who fly predominantly long-haul, and carriers will normally get you into the simulator ahead of time so that you don’t become unusable. Suddenly, however, amidst the COVID panic, it’s an issue for almost every pilot, and airlines are yet to figure out the most efficient way of dealing with it. To help, the F.A.A. has granted an extension of up to 60 days for takeoff and landing recency — though some airlines have voluntarily limited it to 30 days.

Under normal circumstances my recency would expire seven days from today. The extension gives me another month. I’ve got a trip coming up on Saturday that, if it doesn’t cancel, will buy me an additional few weeks.

When I was laid off in 2001, I went more than five years without touching the controls of an aircraft. When I was recalled in 2007, that extended downtime made retraining a little more stressful than it would otherwise have been. Overall, though, it went smoothly, which is either a testament to my own skills or to my carrier’s training program. You decide. My return to the cockpit was detailed in a column here.

So much of flying is muscle memory — internalizing the location and operation of the various switches, prompts, buttons and levers — and the longer you’ve been flying a specific model, the stronger your retention. On my last assignment, finally in first officer’s seat again after a multi-week absence, I was surprised more by how quickly it all came back. So it goes, I guess, when you’ve been flying a 757 for 13 years.

Have a question? Leave it in the comments section below, or email the author at patricksmith@askthepilot.com