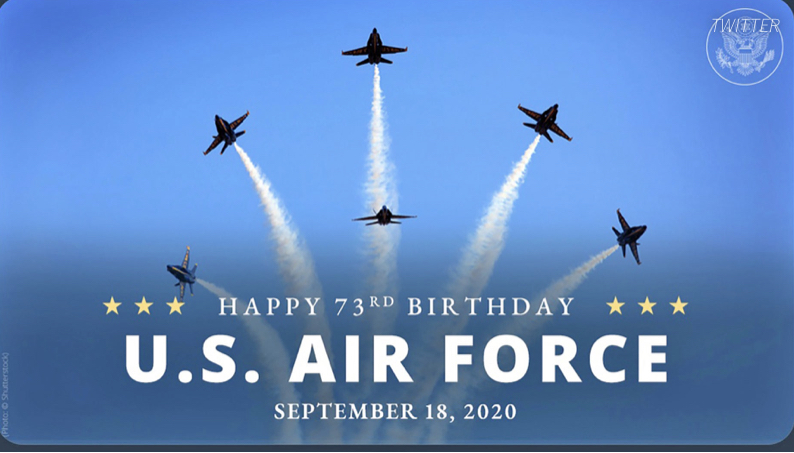 The State department tweeted congrats to the Air Force on its 73rd Anniversary—it seems so young for its age! But in doing so it used a photo of a demonstration team from another branch, the Navy! The post has since been deleted.

The photo, spotted by the website thedrive.com, shows the USN Blue Angels doing their thing in impressive fashion. The Air Force’s jet demonstration team is, of course the Blue Angels (joking, it’s the Thunderbirds!).

Based on the two services long standing rivalry, we’re guessing that Air Force pilots will be hearing about this one for a long time to come!