Summer of Our Discontent

Home How to Become a Pilot Summer of Our Discontent 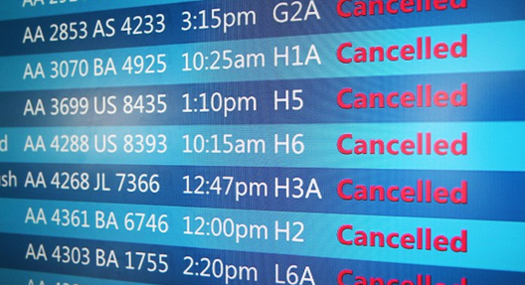 THE OTHER DAY, traveling between Boston and New York, my plane was delayed 90 minutes for air traffic congestion. This once-routine occasion was something I hadn’t experienced in sixteen months. This was, missed dinner plans aside, a good thing. Normalcy is back, with domestic passenger volume now matching or even exceeding 2019 levels.

The trouble is, the airlines aren’t ready for it. Carriers are canceling hundreds of flights as they scramble to find crews; airport lines are some of the worst ever seen; hold times at customer call centers are hours long. The whole industry seems to have been blindsided. How did this happen?

The most glaring problem is staffing. The airline bailouts of 2020 and 2021 were engineered to keep people like me from being laid off, and they largely succeeded. Without government assistance, untold numbers of airline workers would have lost their jobs, either temporary or permanently. But while this money protected jobs in the short term, it did not keep the carriers from hemorrhaging billions of dollars. And one of the ways airlines dealt with these losses was to trim their payrolls by offering early retirement packages and other enticing severance deals. Many workers, across a wide swath of departments, including reservations staff, pilots and flight attendants, accepted these offers and left. Now, with passengers rushing back, airlines can’t keep up.

Making matters worse, the lack of flying in the earlier months of the pandemic caused a large numbers of pilots to slip into no-fly status to the point where they were longer legal to carry passengers. The resulting training backlog has triggered a short-term pilot shortage.

It looks like some pretty poor decision-making, and maybe it was. But consider the environment at the height of COVOD-19 downturn. The industry had never faced anything like this, and was desperate to stay alive. There was no way of predicting when, or to what extent, flyers would return. As the virus ebbed and surged, travel restrictions and border closings changed week to week; absolutely nothing was certain, and almost nobody predicted a return to 2019 numbers so soon. The expectation, so much as there was one, was of a gradual, incremental return.

Air travel logistics are challenging enough in normal times, never mind when the entire world has flipped upside-down. Airlines did what they calculated was the smartest thing to do. Some guessed better than others — and that’s what it was to a big degree: guesswork.

Carriers, meanwhile, rely on a vast support network of contractors and vendors to keep their operations running, from caterers and cabin cleaners to the drivers who provide crew transportation. Some of these entities received government support as things wore on, others didn’t. Many closed their doors permanently, and pretty much all of them have fewer employees now than they did before. Airport retailers and restaurants also shed thousands of workers, and, not unlike retailers and restaurants everywhere, they’re having a hard time hiring them back. Not to mention the critical roles played by TSA and air traffic control, who also find themselves understaffed. All of this bogs things down even further.

Hating on airlines never goes out of style, and this latest crisis, at least on the surface, smacks of short-sightedness and incompetence. It is, of course, more complicated than that.