Super 701 Airborne In Less Than A Little League Basepath 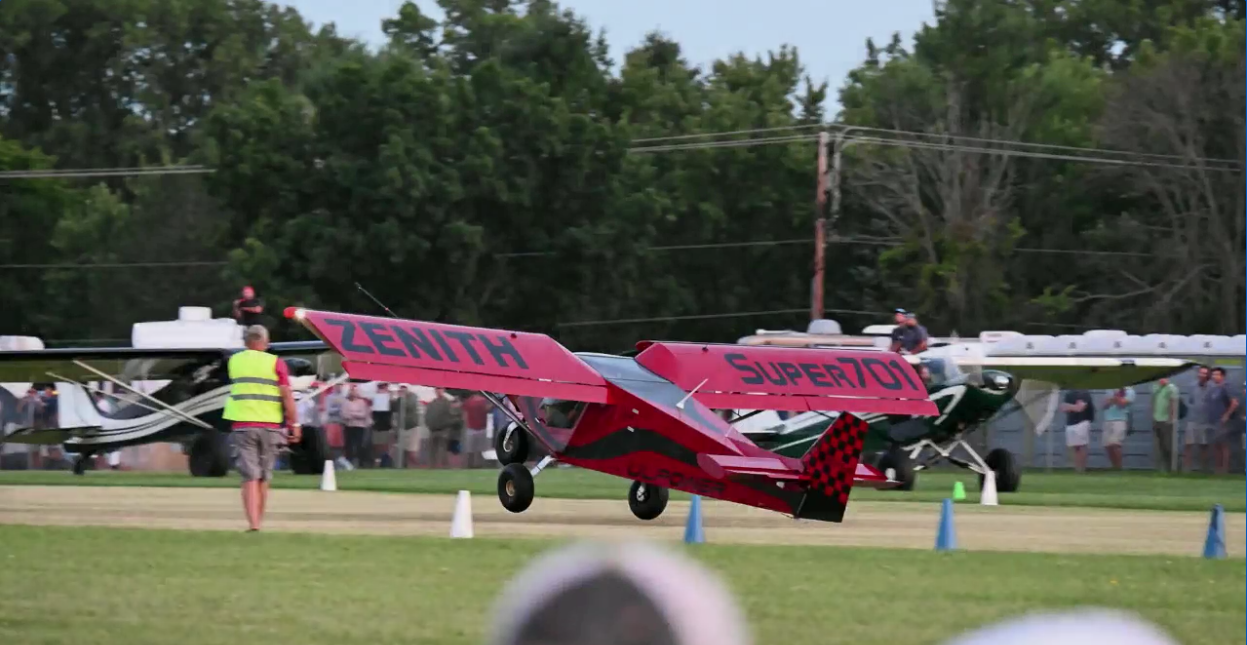 At AirVenture’s evening STOL demonstration, there were bunches of impressive airplanes, but none has captured the gaze of as many eyeball’s as friend of Plane & Pilot Jon Humberd’s Zenith Super 710 STOL plane getting airborne in what seems like an impossibly short distance. The landing that follows isn’t much longer than that.

For non-baseball fans, a regulation Little League base path, that is, the distance between bases, is 60 feet. In the video Humberd’s Zenith gets off the ground in just 48 feet. It doesn’t wallow much after that, either, but instead climbs out smartly.

The CH 701 is an all-metal homebuilt side-by-side two-seater created by the late homebuilt designer Chris Heintz. Zenith, which is based in Mexico, Missouri, near Columbia, sells kits for the 701, which it claims can be built, thanks to the company’s extensive builder friendly features, in just “a few hundred hours.” Every year at Sun ‘n Fun and Oshkosh, Zenith offers would be builders the chance to build a component of one of its airplanes. By the end of the show, invariably, some of them wind up being full-fledged Zenith customers.

Thanks to Zenith for sharing the video (taken by Udonna Eke-Okoro) and to Jon for some great fun-flying action.