Home How to Become a Pilot Terminal Racket 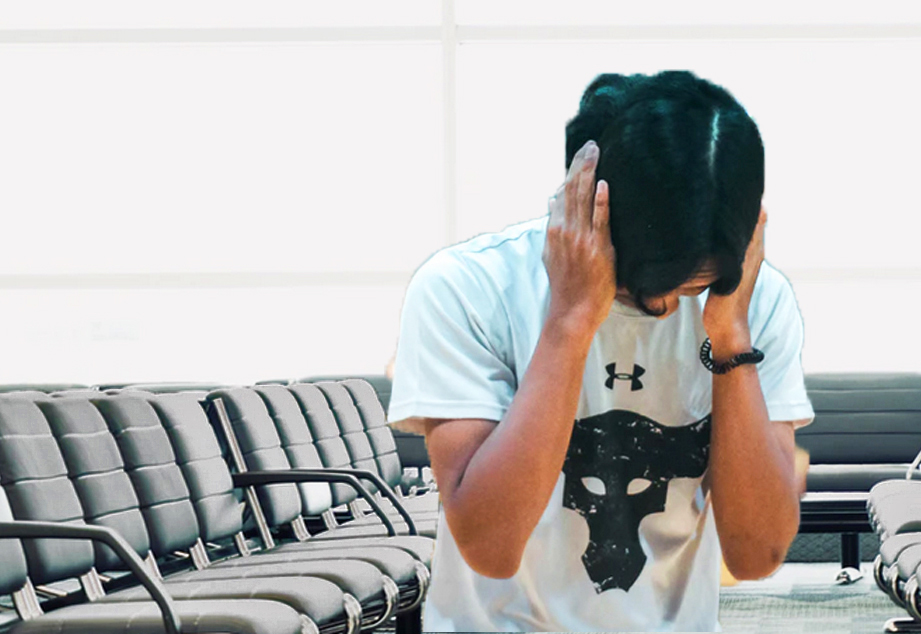 IF YOU’VE BEEN a reader of mine for any length of time, you’re acquainted with my frustrations over airport noise. Things are comparatively quiet at the moment, with most airports conspicuously bereft of passengers, but in normal times it’s noise levels that serve up one of the biggest stress factors in the entire air travel experience: endless public address announcements, wailing babies, chattering TVs, and airport architecture seemingly designed to amplify, rather than quash, the collective racket of hundreds of people.

It’s those public address announcements that are the most aggravating culprit. Ninety percent of them are useless in the first place, and they’re typically delivered at a volume severe enough to shatter windows. And with all the various microphones and speakers targeting different sections of a terminal, it’s not uncommon to hear two or three announcements blaring at the same time.

Those few of any value are presented in such a tautological tangle as to be almost incomprehensible. Why say in ten words what you can say in a hundred? At JFK Airport there’s an announcement that loops around every five minutes or so. It declares: “All areas of the terminal have been designated as smoke-free.” I’ll begin by asking if there’s anyone alive who’d be daft enough to assume they’re permitted to smoke in a crowded terminal, an accommodation you’ll no longer find even at an airport in rural Pakistan. But listen, also, to the language. The entire announcement is unnecessary in the first place, but if you’re going to force it upon us, can you please do it using words your audience will understand? JFK is the ultimate melting pot, and I have a healthy suspicion that, to someone with limited (or no) English skills, a phrase like “designated as smoke-free” has about as much meaning as a bird call.

Then we have the security announcements. Did you know that my hometown airport, Boston-Logan, is home to a program called “SAFE,” or “Security Awareness For Everyone”? I know this because I’m told about it every five minutes while sitting at the gate. “If you see something, say something.” Important advice there. Meanwhile, “TSA has limited the items that may be carried through the security checkpoint,” we are told at Los Angeles International. “Passengers are advised to contact their air carrier.” The pointlessness of this counsel needs no explanation, but to further fray our nerves and damage our hearing, it plays after you’ve gone through security. Indeed, the overseers of LAX have a unique penchant for absurd and gratuitous PAs, including, now, a series of COVID-related bulletins that seem to repeat every four seconds, and a mind-melting cacophony of unintelligible blather that blasts through speakers above the sidewalks, the concrete overhang increasing the decibel level exponentially. Anyone waiting for a hotel shuttle or the rental car bus is left with their ears ringing for days.

Of all the millions of travelers who’ve been subjected to this abuse, I suspect the total number who’ve been in any way influenced or moved to action stands exactly at zero.

And although Americans have a deep cultural affinity for infantilization and condescension — as if every citizen is too stupid to get on an airplane, or to even ride an escalator, without a loudly barked set of instructions — we aren’t the only noisy ones. In the past I’ve gushed over the dramatic architecture of Bangkok’s Suvarnabhumi Airport. “Its central terminal is the most visually spectacular airport building I have ever seen,” I write in my book. “At night, as you approach by highway from the city, it looms out of the darkness like a goliath space station; a vision of glass and light and steel, its immense transoms bathed in blue spotlight.” Duly noted. The trouble is, once in the departure halls you are avalanched by literally hundreds of boarding announcements. BKK is home to over sixty airlines, and flights are leaving constantly, with every departure broadcast repeatedly throughout the concourses, regardless of the gate.

Intensifying this bombardment are those infernal gate-side television monitors blaring CNN Airport Network. These yammering hellboxes are everywhere, and they cannot be turned off. There is no volume control, no power cord, no escape. Every gate has one, and they run twenty-four hours a day. Not even the employees know how to shut them up (believe me, I’ve asked).

And at the risk of taking this too far, have you ever noticed how airport workers who carry walkie-talkies always have the volume dialed as high at it can go? The distance from a person’s hand or back pocket to his or her ears is barely a few feet, yet you can hear those radios crackling from one end of the terminal to the other. Any need or purpose for this has long mystified me.

Ironically, the actual loudest things at an airport — airplanes themselves — are almost never heard, buffered behind walls of glass and concrete. And it’s not until stepping aboard your plane that you can finally savor some silence. Or that’s the idea, anyway. Alas, the airplane cabin has contracted this same scourge. Nowadays, the first twenty minutes of every flight consist of nothing but talking: safety videos that never end, ignored directives on how to stow your luggage, and those manifesto-length promotional speeches that last from the time the landing gear retracts until thirty-thousand feet, often in multiple languages.

On one airline, a pre-recorded briefing plays during descent, telling people to buckle up, stow their tables, shut their laptops and such. The recording ends, and a second later a flight attendant comes on and repeats the entire thing! Bad enough, but winner of the redundancy award are those announcements letting us know that “Flight attendants will now be coming through the aisles to [insert task here].” Seriously, we don’t need a heads-up on what you’re about to do any more than we need to know what color underwear you’re wearing. Simply do it.

All of this sonic pollution does not make passengers more attentive, more satisfied, or keep them better informed. What it does is make an already stressful and nerve-wracking experience that much more uncomfortable.

Copenhagen, we turn our weary ears to you. Not long ago I was working a flight into CPH when one of our passengers left behind a laptop. A flight attendant passed the computer to a gate agent and asked if he could page the person it belonged to. No, sir. Copenhagen is a “quiet airport,” the agent explained. No public address announcements are permitted unless it’s something urgent. That Scandinavian sensibility once again. Peace and quiet. What a concept.

I’m told that San Francisco International is instituting a similar set of rules. I’ll believe it when I (don’t) hear it.

HOW TO SPEAK AIRLINE. A GLOSSARY FOR TRAVELERS.
SAFETY VIDEO HELL