Home How to Become a Pilot Textron Goes Big On Electric Planes, GA Groups Plan Buh-Bye to Lead and ABQ Balloonists Get a Big Win

by adminMarch 19, 2022March 19, 2022Leave a Comment on Textron Goes Big On Electric Planes, GA Groups Plan Buh-Bye to Lead and ABQ Balloonists Get a Big Win 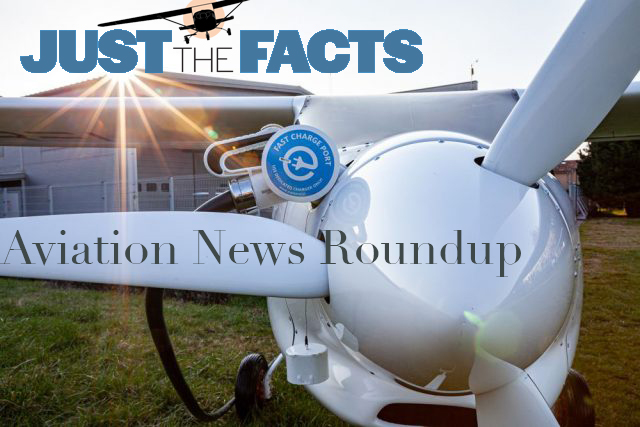 In blockbuster news, Textron bought electric plane maker Pipistrel. Textron, parent company to Cessna Aircraft, Beechcraft and Bell Helicopter, has purchased the Slovenia-based small-aircraft manufacturer. It will fall under plans for a new business center called Textron eAviation. Pipistrel founder and CEO Ivo Boscarol will stay on as a minority shareholder and Chairman Emeritus for a two-year period.

The NTSB has issued its first report on the puzzling February 24 crash of a 1965 Beech Debonair in Pennsylvania. Both occupants, the 55-year-old pilot and his instructor, 74, were killed. The preliminary report clarifies weather conditions and the accident sequence through ADS-B tracking data, along with the state of the airplane after the crash.

Michigan-based Enstrom Helicopter Corp. will re-open as Enstrom Aerospace Industries in a transaction approved by the Western Michigan Bankruptcy Court on Tuesday. Enstrom’s new owner, MidTex Aviation of Texas, appears to have plans to retain some of Enstrom’s considerable talent base to continue the Enstrom chopper business and to “expand into providing engineering services and component manufacturing for other OEMs.”

The plucky, four-pound helicopter brought to Mars aboard the NASA Perseverance Rover in February 2021 recently celebrated a milestone—a one-year anniversary on the Red Planet. On March 11, Ingenuity logged its 21st flight above Mars. To date, it has flown nearly 39 minutes total and has hopped between a number of landing zones. NASA also recently confirmed the extension of the helicopter’s flight operations through September 2022.

The Cessna model 408 SkyCourier achieved type certification this week, less than two years after its first flight. The twin-turboprop aircraft is an all-new design geared toward hauling freight for FedEx Express and other cargo customers. When loaded via its large cargo door, it can carry three LD3 containers with a payload capacity of 6,000 pounds. FedEx Express is the SkyCourier’s launch customer, with 50 firm orders and options for another 50 aircraft.

On Wednesday this week, the FAA put forth a letter of agreement exempting hot air balloonists in Albuquerque from a rule requiring costly transponder equipment aboard their craft. The letter will be in effect until March 2023 and is a reprieve that many in New Mexico’s balloon industry have been hoping for after recent airspace regulations grounded sightseeing flights. Albuquerque is the site of the International Balloon Fiesta, the world’s largest event of its kind, which takes place each October.

Red Bull and Hulu are partnering for a live-streaming event called “Plane Swap,” in which two solo stunt pilots are going to attempt to switch airplanes mid-air. Red Bull Air Force members Luke Aikins and Andy Farrington plan to put their planes into a steep free fall, leap out of the cockpits and skydive back into each other’s aircraft. The event will air on Sunday, April 24, at 7 p.m. ET on Hulu in the U.S. International viewers can catch the spectacle on Red Bull TV.

The NTSB released a preliminary report on the February 16 accident of a Joby Aero test flight that destroyed the aircraft, stating that component failure caused the accident near Schoonover Airfield in California. This particular test flight included high-speed testing of the tiltrotor aircraft, with the accident occurring several minutes after the speed runs. ADS-B data shows the aircraft had reportedly attained speeds of 230-240 knots, a considerable leap over the 205-knot speed Joby had achieved just a month prior.

Avionics manufacturer uAvionix has announced its acquisition by DC Capital Partners, a private equity investment firm based out of Virginia. According to a press release, uAvionix says of the move: “This next chapter with DCCP will be just as challenging, just as exciting, and propel us even further along our aerospace and defense trajectory.” The company also reaffirmed their commitment to their current customers through the transition.

NASA’s Artemis 1 rocket made the four-mile journey from the Vehicle Assembly Building to Launch Complex 39B at the Kennedy Space Center on Friday morning. This is the first time in nearly 50 years a moon rocket has been rolled out to a launch pad. The mission will be unmanned and is planned to test the rocket’s limits for carrying astronauts to the moon, more than 250,000 miles away. The first “dress rehearsal” for the rocket is slated for April 3, with an actual launch planned for June. After a successful Artemis I launch, Artemis II will carry a crew of astronauts on a mission around the moon and back. NASA plans to follow that with Artemis III, which includes landing on the lunar surface with SpaceX-designed aircraft.

U.S. carrier Delta Air Lines has been tapped by European planemaker Airbus to help develop a hydrogen-powered passenger plane. Delta says there is no financial investment on their part. Rather, they will be providing feedback on the “ZEROe” hydrogen-powered aircraft that’s planned to enter service in 2035.

On a related note, the first gathering of the Eliminate Aviation Gasoline Lead Emissions (EAGLE) initiative took place in Washingon, D.C., with a media briefing on March 17. The two-day conference was attended by stakeholders that included representatives from GA associations, the FAA, airframe and engine manufacturers, fuel manufacturers and distributors, the Environmental Protection Agency, airport groups and community organizations. EAGLE was first introduced by FAA Administrator Steve Dickson during the GAMA State of the Industry event in February. Its main focus is GA’s commitment to becoming lead-free by 2030.

The USAF and Beta Technologies culminated a two-year joint effort with the first flight of Beta’s eVTOL aircraft, ALIA, piloted by Air Force pilots Hank Griffiths and Major Jonathan Appleby. It was the first-ever flight by Airmen of an electric aircraft with military airworthiness. It took place at Beta’s hangar and testing facility in Plattsburgh, NY. ALIA had been in development for three years.