Home How to Become a Pilot The Big Push 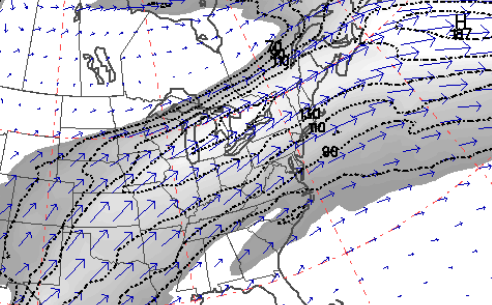 EARLIER THIS MONTH, an unusually powerful jet stream settled in over the North Atlantic. Jet streams are high-altitude, fast-moving rivers of air. In this part of the world they run west-to-east. To the extent that it’s practical, eastbound aircraft will be flight-planned into the heart of a jet stream to take best advantage — so long as turbulence isn’t an issue — while westbound planes will be routed away.

Jet streams are always strongest in the winter, but this year, fueled by once-in-a-lifetime winter storms, they’ve been very strong. So strong that on February 9th, British Airways flight BA112 set the all-time speed record between New York and London, completing the trip in four hours and 56 minutes. The Boeing 747 hit a maximum ground speed of 825 miles per hour. This broke a 41 year-old record previously held by a BOAC VC-10.

But wait a minute, you’re thinking. How can a regular old commercial jet travel supersonically without coming apart? Don’t planes have maximum certified speeds, and aren’t those limits being exceeded? Isn’t that unsafe? There’s a lot of confusion on this topic, and the gist of it revolves around people’s misunderstanding of the differences between groundspeed and airspeed. Relative to the ground, that 747 was moving faster than sound. Relative to the air around it, however, it wasn’t flying any faster than it normally did. For the pilots, other than the fun of watching their groundspeed readout click into the 800 realm, it was business as usual.

First is airspeed. This is the plane’s velocity relative to the mass of air around it. Or, if it helps you, think of it as the speed of the air moving across the wings. This is the speed that the airplane, and by extension the pilot, is most concerned with. The airplane recognizes only this speed. Imagine you’re in a plane sitting at the end of the runway, not moving with the brakes firmly set, and there’s a 50-knot headwind roaring down that runway directly at you. What does your airspeed show on the gauge? Fifty knots. Your motion over the ground, of course, is zero, which brings us to the second type of speed…

That would be groundspeed. It’s self-explanatory: it’s how fast the plane is moving across the ground. Without bringing wind into the picture, airspeed and groundspeed are the same. If the air is perfectly calm, your speed through the air is the same as your speed over the ground. A headwind will cause groundspeed to decrease. A tailwind will cause it to increase. Neither of these, however, has any effect on airspeed. The speed sensed by the airplane — the air moving over the wings — has no bearing on how fast it is moving relative to the ground.

Thus, there are no concerns about breaking the sound barrier, exceeding design limitations, or any of that. We have cockpit readouts of both groundspeed and airspeed, but only airspeed matters from a safety perspective. The plane, you could say, has no idea how fast it is traveling across the ground, and could not care less. The concern, instead, is what happens when three dozen planes arrive two hours early and there’s no gate space! 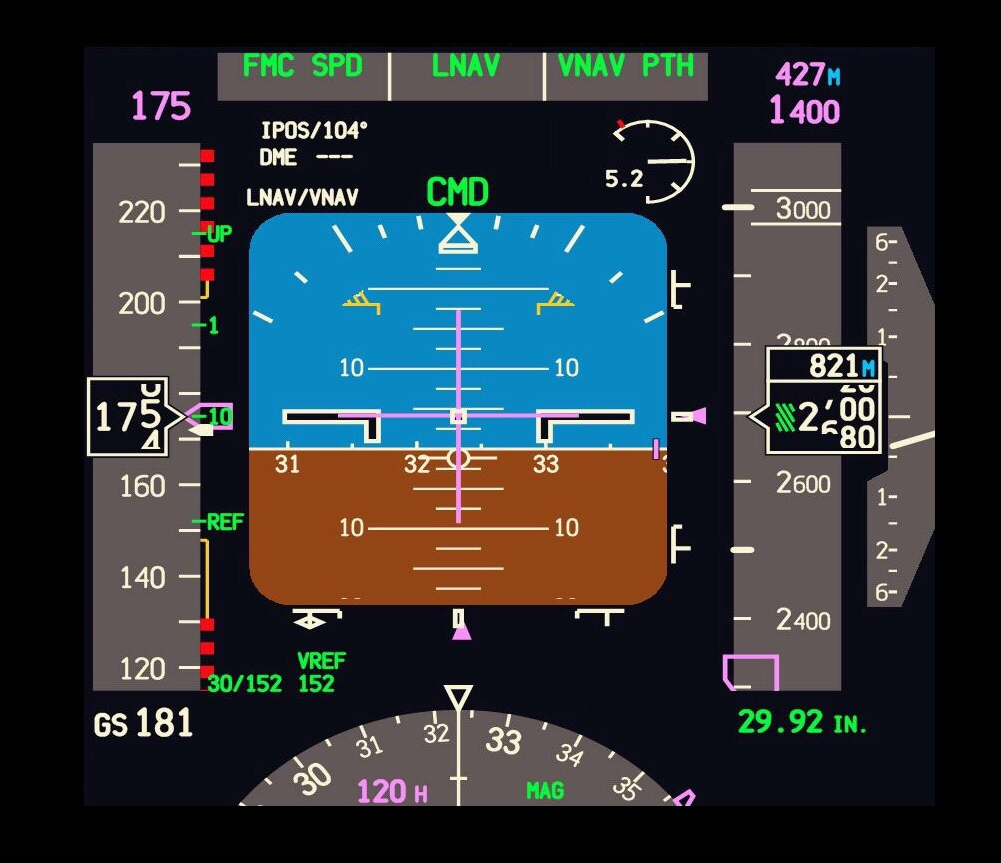 Primary flight display on a modern jet. Airspeed is shown in the left vertical column.

Now let’s get really geeky for a minute. This is advanced level stuff, and most of you will probably click away. For the rest of you, here goes:

If a headwind were to suddenly cease, you lose that air going over the wings, and airspeed decreases accordingly. To compensate, you’d need to increase power or lower the nose. Alternately, if a headwind were to suddenly increase, now you have more air rushing over the wings. Assuming you maintain the same power setting, airspeed now increases by that many knots. In practice these wind-induced changes occur subtly, and pilots (or autopilots) adjust power or pitch to compensate. On those rare occasions when they occur suddenly and more radically, that’s windshear.

One problem is that as the air thins out at higher altitudes, the airspeed indicator no longer gives an accurate reading of what your airspeed actually is. It’s giving you an indication only of how much resistance and friction there is — i.e. what the plane “feels.”  For obvious reasons this reading is important, as stall speeds and other limitations always reference this “felt” speed. But, it’s not a true reading of how fast the plane is moving through the air. Notice the word true. How fast are you really, actually, truly going?  Well, the rule of thumb, to account for that thinning air, is that for every thousand feet of altitude, you’re traveling about two percent faster than what your indicator shows.

And this brings us to a third type of speed, which we call true airspeed. People are often surprised to learn that at cruising altitude, a jetliner’s airspeed indicator will sit somewhere in the range of 250-290 knots, give or take. But is this how fast you’re actually flying? No. You’re actually, really, truly going 60 percent faster than that. Your true airspeed, in other words, is somewhere around 500 knots. The plane, though, is stupid, and it only feels like it’s moving at 260 or 280 knots. And that’s fine with you, because the plane will stall, or overspeed, or do any of the other wacky things it might do, based on what it thinks it’s doing, what it feels it’s doing — not what it’s truly doing.

This is one of the reasons we rely on Mach number, rather than indicated airspeed, during high-altitude cruise. Mach (Ernst Mach, his name was) is a percentage of the speed of sound, expressed with a decimal. For instance, Mach .80 (a pilot would say “Mach eight-zero”) is 80 percent of the speed of sound. Jets normally cruise at anywhere from .78 to .86 Mach, depending on altitude, aircraft type, and fuel considerations. Above 25,000 feet or so, air traffic control spacing is always based on Mach.

So, yeah, we have gauges that show Mach number, indicated airspeed (IAS), true airspeed (TAS), and groundspeed (GS). Seldom are they the same, unless you’re at or near sea level with calm winds. Cruising over the ocean with a roaring tailwind, they might read, for example, .79, 280, 450, and 550 respectively.

There’s also something called calibrated airspeed (CAS), which… never mind; there’s no need to go there.

That’s really all you need to know. If you think you’ve got it, try this quiz…

What does your IAS show?
What’s your groundspeed?

Will your groundspeed decrease or increase in this climb? By how much?

What’s your true airspeed as you touch down?
What’s your groundspeed?

7. You’re taking off from Mexico City. Your calculated rotation speed is 155 knots. There’s a 10-knot tailwind.

What’s your true airspeed when you begin to lift from the runway?
What’s your groundspeed?

Those last two are a good illustration of why operations at high-altitude airports can be tricky. High TAS and GS mean that takeoff and landing distances can be unusually long.

Very good. Here is a picture of some cheese balls: 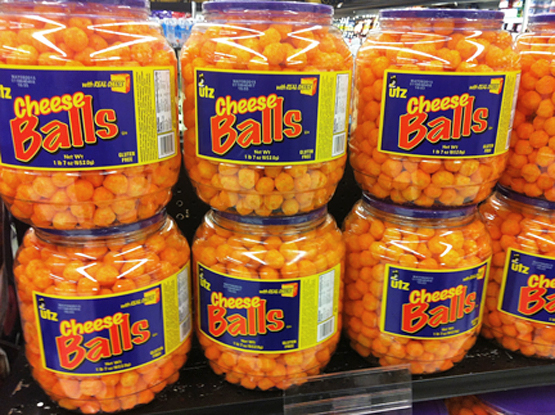