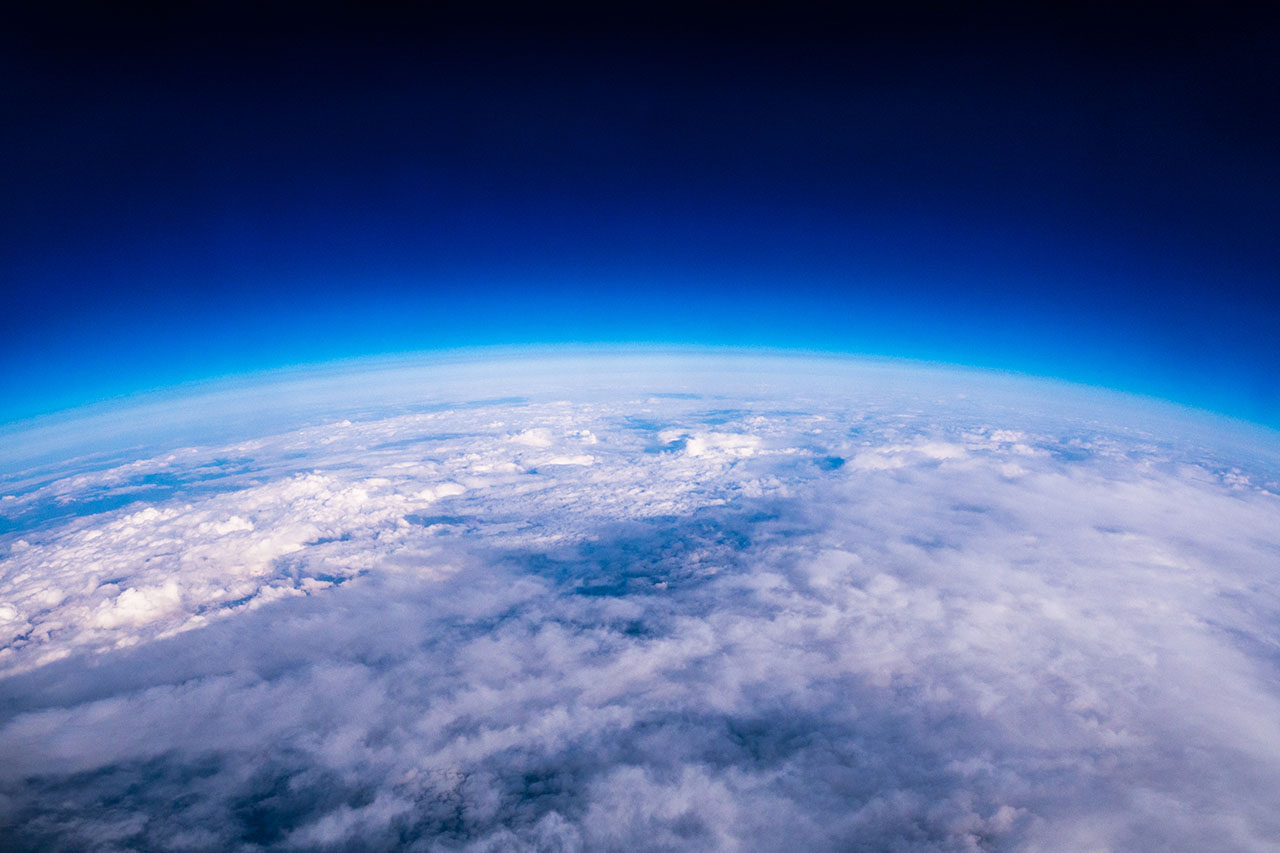 The Big Sky Theory holds that pilots are protected from midair collisions to a great degree based on how vast the sky is and how small planes are, making the chances of a collision slim. But does this theory hold water (and I’m not talking water vapor)?

How Big Is The Sky, Really?

The short answer is, it’s really, really big. It is, in fact, often referred to as an ocean of sky. It’s a good comparison. The volume of the oceans and lakes and rivers and puddles, according to ballpark calculations based on average depth and area, is around 1.35 billion cubic kilometers, while the sky that contains some atmosphere is bigger by a lot. A standard accepted boundary of space, the Kármán Line, is 100 kilometers above sea level. Given that volume of sky, the estimate is around 50 billion cubic kilometers.

Aircraft, of course, seldom ply the altitudes above around 45,000 feet, and beyond 51,000 feet, it’s a very lonely place. But above 18,000 feet, aircraft are required by regulation to be on an instrument flight plan, meaning that air traffic controllers have a pretty good idea of exactly where you are and where other planes are, too. Consequently, the risk of a midair above 18,000 feet is very small, though it exists. So, when we talk about the Big Sky Theory, the “sky” we’re talking about is the volume of atmosphere from the surface to 18,000 feet. The average elevation of the Earth’s terrain is around 2,700 feet, so the sky is that shell of a sphere that’s around 15,300 feet, or around 4.7 kilometers in thickness. Estimating that the volume of air around the Earth at VFR altitudes is less than half of 1% of the total volume of the sky, we’d come up with a figure of around 1.5 billion cubic kilometers of volume in the VFR sphere of sky.

So, if a plane takes up roughly 300 cubic meters of space, you could stack around 50 billion planes without them touching, all within the VFR flyable volume of sky. The sky is very big, indeed.

But how many planes are in the sky worldwide at any one time? Estimates on this vary widely, but Boeing says around 15,000. Given our previous estimates, that means there’s around 3 million times more space for planes than there are planes. Based just on this, you’d have to be very unlucky indeed to run into someone else in that big sky.

“If a plane takes up roughly 300 cubic meters of space, you could stack around 50 billion planes without them touching, all within the VFR flyable volume of sky. The sky is very big, indeed.”

Unfortunately, those 15,000 or so airplanes in the sky at any one time aren’t scattered evenly throughout it. They are, in fact, concentrated in a number of ways. First, most GA pilots fly at altitudes far lower than even our 18,000-foot VFR upper limit. Because of rules regarding the use of oxygen, few planes fly VFR above around 12,000 feet, even when it’s legal, and most stay well below that. Anecdotally, the busiest altitudes for VFR traffic seem to be from around 3,500 to around 7,500 feet msl. So, a lot of those thousands of planes are cruising along in the same, much smaller sphere of sky, one that’s only around 4,000 feet thick.

Moreover, all parts of the planet aren’t equally flown in. Statistically speaking, no small planes fly over open ocean, which accounts for around 70% of the Earth’s surface. That other 30% is where small planes might fly. And of that 30%, only a small part of that is where people live. One estimate is that 95% of people live on 10% of the land. Since most (though not all) people go flying to go somewhere that there’s an airport and some people around, that concentrates planes statistically, as well.

And when you look at how planes find their way around, there are two big ways. Established navigation pathways, called airways, or directly between points. Those airways are, for the most part, about 8 miles wide. If planes are exactly on altitude, you can fit around 1,300 Cessna Skyhawks side by side without touching.

A Little Sloppiness Is A Good Thing

Inaccuracy is your friend here. If I’m on the airway and I’m, let’s say, 50 feet too high, I’ll keep the plane right there. Even when I’m on an IFR flight plan, I’m purposely off the mark in terms of lateral and vertical positioning. If I’m 50 feet low and a half-mile to the right of the centerline of the airway, I’ve just made the sky, statistically at least, a lot bigger. The more variation there is, the better the odds.

Where things fall apart is when you’re on arrival to an airport (the busier, the worse) or in the traffic pattern at an airport, especially but not exclusively one without an operating control tower, meaning that pilots are all in charge of finding their own way and seeing and avoiding other traffic. Traffic pattern altitudes and lateral distance from the runway are approximate, which makes the sky bigger but tolerances are pretty tight. If you’re 50 feet low, no biggie. But if you’re 150 feet below the pattern altitude, you’re not really flying the pattern.

Things get worse as you get closer to the runway end, too. You might be 50 feet low or high on downwind, but over the threshold of the runway, your altitude is pretty darn close to everybody’s altitude at that point of the pattern, with or without flying an actual pattern.

This same funneling effect takes place on popular routes, say, sightseeing routes or over popular landmarks. The sky gets really small along the Hudson Corridor of New York City, for instance. There are other places where traffic is concentrated—mountain passes, for instance, or low, around 500 to 1,000 feet agl, along popular shorelines. VFR corridors through otherwise tightly controlled areas of airspace, such as around New York City, Chicago or Los Angeles, are funnel spots, too.

It should come as no surprise, then, that an inordinate number of midair collisions, around half of them, take place in the traffic pattern. That said, midairs are rare. In a typical year, according to AOPA, there are between 10 and 20 midair collisions, about half of which involve fatalities. Not many of those midairs take place in cruise, where the sky is at its biggest.

The Big Sky Theory is true, in places. At cruise at a random altitude on an uncharted course that’s not between two busy cities, for instance, your chances of hitting another airplane are staggeringly small, thanks to the big sky you’re flying in. But in several other common scenarios, such as when you’re in the traffic pattern, the sky isn’t very big at all and is a poor substitute for vigilance and traffic detection and warning systems.

Do you want to read more Mysteries of Flight? Enjoy “The Two Missing Planes That Helped Create The Bermuda Triangle Theory.”