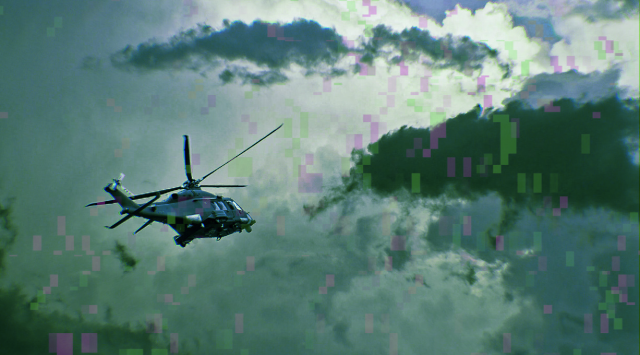 With everything that’s happened in the world since January 26, 2020, not many in aviation have been giving much thought to the accident in Southern California that claimed the life of global superstar and former Los Angeles Lakers basketball all-star Kobe Bryant, his 13-year-old daughter Gianna and seven others. There’s been a lot going on. With the emergence of a global pandemic shortly afterward, a rancorous presidential campaign, protests around the country and an attack on the United States Capitol by a group of American citizens, there have been a few little distractions since then.

But with the one-year anniversary of the crash coming up tomorrow, it’s on people’s minds, mine included.

In case you’ve forgotten the details, which is understandable, the crash took place on a Sunday morning. It was a low-visibility day in the Los Angeles basin of Southern California, when the flight took off from Orange County’s Santa Ana Airport bound for Camarillo, located about 30 miles northwest of Los Angeles. When they call it the L.A. Basin, it’s literally true. The area is bounded by mountains to the north, east and further south, with the Pacific Ocean to the west. As you head north from Los Angeles, the basin narrows until the mountains are quite literally right up against the shoreline. On days of poor visibility, which isn’t an infrequent event, that leaves few options for through-traffic operating under VFR, that is, by reference to the outside world instead of the flight instruments.

There’s a workaround, and that’s what the pilot of the flight, Ara Zobayan, decided to do. The alternative routing is to fly into the San Fernando Valley, referred to in L.A. simply as “The Valley,” which requires a flight up through a narrow pass between the hills—the 101 Freeway snakes up this same pass—and then through the Valley which will lead you to the coast again, and to Camarillo, the intended destination and just a few miles inland. Zobayan got a Special VFR clearance from the Burbank controller, so after holding for a short time, he proceeded to fly up to the Valley.

The problem with Special VFR, with any visual flight in low visibility, is that you need to be able to see the ground for two reasons, to be legal and to stay alive. On the legality side, the visibility needs to be at least one mile which, in an aircraft doing two miles a minute, is very marginal, and you’ve got to stay out of the clouds. These are known as Special VFR rules, and it essentially allows visual flight in conditions that are otherwise restricted to instrument rules. Those visibility minimums, by the way, are determined by the pilot and not by any air traffic controller, which is how it has to be. How would a controller have any idea what your flight visibility was?

The problem is, according to a lot of the weather data available that morning, Zobayan almost certainly couldn’t see where he was flying well enough to be legal, even by the dicey standards of Special VFR. And when you need to stretch a rule that already gives you razor-thin margins, that’s a problem. And as you might have read before, it wasn’t the first time that Zobayan did this. Just the last time.

The second problem is this. In order to fly any aircraft, but especially a helicopter, you need to be able to see the outside world. Once you lose reference to the ground and sky and horizon, it’s not only easy, but it’s unavoidable that the pilot, unless they immediately start flying by reference to instruments, will lose control of the aircraft in a way that happens fast and is almost impossible to recover from when you’re already close to the ground, as the helicopter in the Kobe crash was. That’s the danger that lurks for visual flight in low visibility. Every pilot knows it, too. Some stretch their luck. And it usually works. But in this case, failure isn’t a live-and-learn proposition.

And as it happened, by the time the helicopter had gotten into the San Fernando Valley, the visibility hadn’t improved and by all appearances, Zobayan got lost trying to find his way through the low clouds, and when you get lost in an aircraft in low visibility and with little or no reference to the outside world, then you are moments from an unsurvivable crash.

Indeed, the evidence points to just that as the cause of the crash. Zobayan lost sight of the ground as he flew into high terrain, and not knowing what was up and what was down, he then quickly lost control of the helicopter, which crashed at a high rate of speed into the earth. If it’s any consolation, and it might well be, it was over instantly for all nine human beings aboard.

Am I angry at Zobayan? You bet I am. A year later, I’m still angrier than a polite vocabulary will allow me to express. All the evidence points to the conclusion that Zobayan knowingly flew into weather conditions that were below legal minimums, hoping that they’d improve. In doing so, he most probably painted himself and his eight passengers into a corner, where they all needed to count on the luck of a sudden improvement if they were to survive. And he and his eight passengers paid with their lives for this act of wishful thinking.

Ara Zobayan was by all accounts a very nice man. A nice man who, the evidence strongly suggests, made a stupid mistake.

The NTSB final report on the crash will come out at some point—my guess is this summer. And the weird part of it is, there’s likely to be nothing in it we don’t already know. The crash had such an impact on so many people who adored Kobe and who are still dealing with the trauma of the loss that the accident has been dissected probably more than any other in history. There were no recorders for the NTSB to use to base their judgments on, and that’s a blessing. And there don’t have to be. It seems like we all knew what happened a few days after the sad news started to filter out.

The pilot knowingly flew into bad weather and crashed. It was a tragedy that was entirely preventable. That last part will provide solace to absolutely no one.