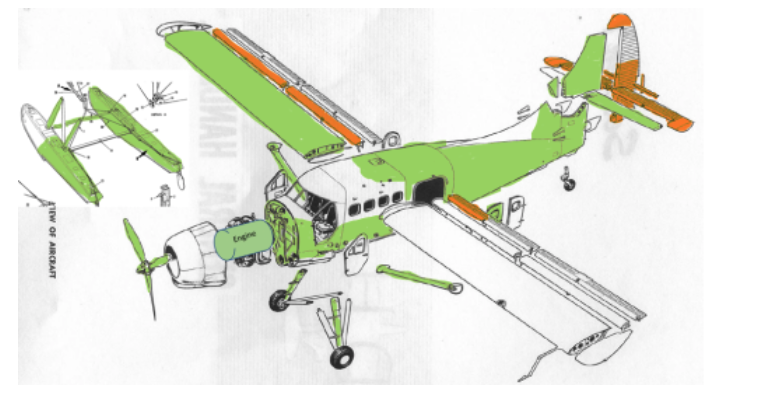 Following the crash on September 4, 2022,  of a scheduled flight of a de Havilland Otter into Mutiny Bay, Washington, which killed the pilot and nine passengers, the NTSB has issued a non-binding safety recommendation to check the integrity of the part, the elevator trim actuator that investigators believe may have caused the crash.

The plane, operated by Northwest Seaplanes, was on a flight from Friday Harbor, Washington, to Renton, Washington, cruising low over the water when, based on flight data, its altitude and airspeed started to vary. The plane climbed a few hundred feet with its airspeed slowing to around 55 knots, at which point the returns ceased. Witnesses said that the big single then went out of control and spun into the water near vertically from more than a 1,000 feet  the surface. All 10 aboard were killed in the crash, though just one body has been recovered; the search was called off after several days.

The NTSB reached out to the US Navy to search for the wreckage using a remotely operated sub, and searchers did indeed find the wreckage of the plane on the floor of the bay, nearly 200 feet below the surface. They were successful in recovering around 85% of the wreckage including critical tail components and the elevator trim actuator.

Investigators, who were trying to learn why the plane slowed and started to climb before entering an uncontrolled descent, seem to think they have found the reason—a mechanical failure of the hardware that actuates the stabilizer trim and holds the stabilizer in position. When it is working correctly, the actuator uses a cable to adjust the horizontal stabilizer angle of incidence. The actuator, as found by searchers, however, had come apart, a failure that, the NTSB suggests, would have caused the plane to lose control. In its correspondence, the Board wrote, “The actuator is the only means to hold the horizontal stabilizer in its position, and the lock ring keeps the assembly from unthreading. Unthreading of the clamp nut and the barrel during flight would result in a free-floating horizontal stabilizer, allowing it to rotate uncontrollably (trailing edge up or down) about its hinge, resulting in a possible loss of airplane control.”

In layman’s terms, the likeliest explanation at this point is that the failure of the actuator led to the loss of control of the stabilizer and caused the nose to pitch down sharply. The pilot, presumably, would have corrected by raising the nose, which served to lower the plane’s airspeed, leading to the aerodynamic stall, the loss of control and the crash into the bay.

The final report on the crash will have to wait, but in the meantime, the NTSB has asked the current certificate holder to draft instructions for operators to inspect the integrity of the actuator.

A flying mystery: Why did the de Havilland Comet keep crashing?