Home How to Become a Pilot Why Aren’t There More Women Airline Pilots? 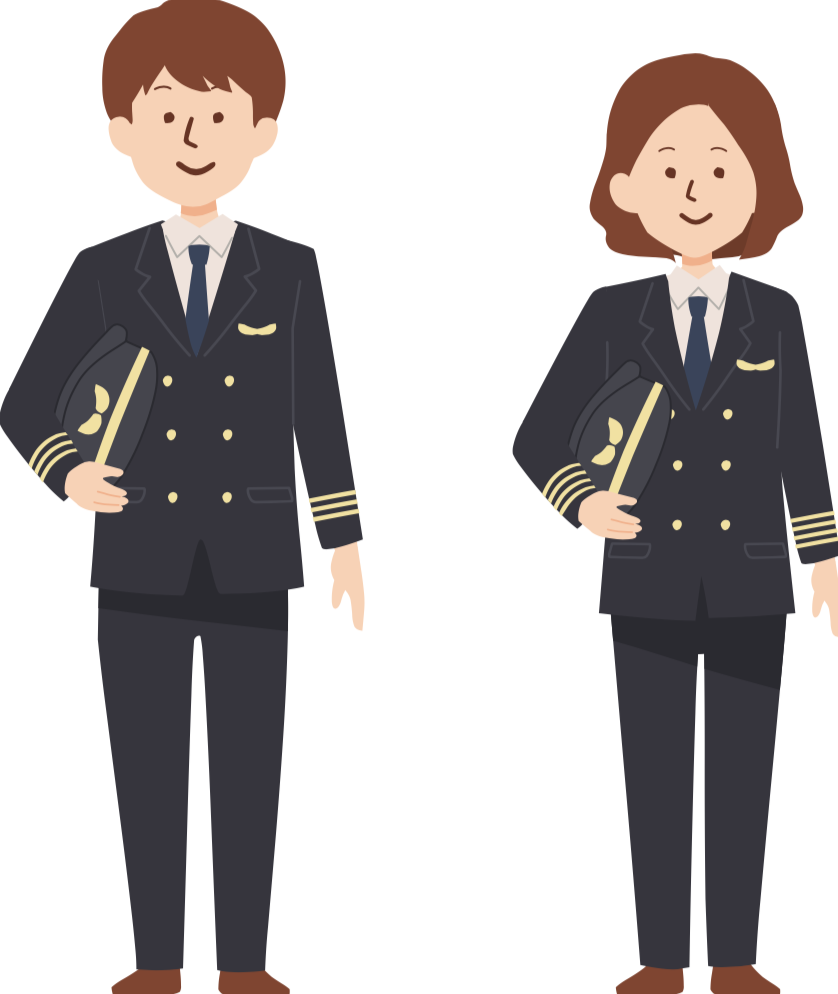 Following a year of restricted travel and missed opportunities, I didn’t get the chance to meet Women in Aviation International’s new CEO, Allison McKay, until last spring in Lakeland, Florida, at the Sun ’n Fun fly-in at Women in Aviation’s exhibit space in one of the busy halls. After saying hi to some friends at WAI, whom I hadn’t seen in way too long, I was invited by Allison to sit down and chat. The first thing she asked about was an op-ed article in Plane & Pilot some months prior entitled “Where Are All The Women Airline Pilots?” The opinion piece, written by retired airline pilot Andrea Eldridge, claimed that there were very few women airline pilots because women don’t want to become airline pilots because it’s too unpredictable and demanding of one’s time.

In her article, Eldridge writes, “…it’s not an easy life, unless, that is, you want to wear a uniform with sensible shoes while lugging your bags up and down stairs through empty terminals and dark parking garages in the middle of the night, then this is your gig. If you believe in absolute standardization, ongoing training and physical evaluations every six months (an evaluation that, if you fail, there’s the possibility of losing your job), then this is the job for you.” This is the job for her, though, and for many thousands of men and women, many of whom do indeed have kids at home, though, as she pointed out in her article, exact numbers on how many airline pilots have kids at home is hard to come by. Still, Eldridge pointed out that even given that a pilot’s life might be doable for a working mom, she claims that this is the main reason we’ve stayed at historically low levels of women in commercial aviation.

Unsurprisingly, McKay didn’t like the piece, and though she didn’t say this directly, the message I got was that she thought it was slanted, inaccurate and counterproductive to the goal of opening up the flight deck to women. That is, however, the idea behind op-ed pieces, to provide a wide range of opinion, even opinions the editor might disagree with. At the same time, I added, it seemed to me that the ideas in the essay were strongly held beliefs by many airline pilots, and pilots in general, which came as no surprise to McKay.

A little background. There are, indeed, very few women on the flight decks of commercial airliners. The numbers vary, depending on who’s counting and what their methodology is, but most figures show between around 3 and 7% of commercial pilots are women. That figure has been flat for the past 30 years. Doing the math, men make up between 93 and 97% of commercial airline pilots. On top of that, and this is not the main subject here, around 90 percent of pilots are white, a figure that, again, hasn’t budged for decades.

It’s top-down homogeneity, too. A survey by the Centre for Aviation (CAPA) found that worldwide, 94% of airlines are run by men. In North America, the representation was even slimmer. As of 2015, there were no women in CEO roles at domestic airlines. Studies have repeatedly found that organizations with more diverse leadership strongly tend toward facilitating the move to a more diverse workforce. This is the environment that is being expected to provide meaningful diversity in aviation, an all-male leadership with around 95% of pilots who are men, and of those, 98% are white men. If diversity is a real goal, something in this equation has got to change, and blaming it on the underrepresented is part of the problem.

While many have pointed to the need to recruit more women pilots, there aren’t many efforts underway to actively do this. The most impressive exception to this is WAI, which annually gives out hundreds of thousands of dollars’ worth of flight training scholarships (as well as other aviation-specific training) to women who do indeed want to fly. This is, to be fair, one of the ways the industry does outreach, though for many airlines, the hard work begins and ends with the writing of the check to fund the scholarship.

Another industry initiative, United Airlines’ AVIATE program, has the goal of putting thousands of women and people of color on the flight deck in years to come. The program is one of the most widely criticized outreach efforts in my lifetime. Critics contend everything from, as Eldridge claimed, the whole idea is a joke, and many have called the program a veiled effort at affirmative action in the cockpit. Still others make the preposterous claim that the AVIATE effort discriminates against men. Again, this is the culture into which many in aviation are trying to create greater diversity, a culture that is widely hostile to diversity to begin with.

Which leads to something that actually is a problem in getting women into aviation, knowledge. Again, WAI is at the forefront of the drive to inform and educate young women about the opportunities available to them as airline pilots. The organization’s Girls in Aviation Day just reported a record-breaking event on September 24, 2022, with more than 16,000 girls participating in mover 120 events in 19 countries, and the 9th Annual Girls in Aviation Day event is scheduled for September 23, 2023.

As far as the claim that all the women who want to be airline pilots are already airline pilots, and the lack of women on the flight deck is proof of that, it’s a fallacious argument. It’s like saying that in a group of 10 friends, only one of whom is worth a million bucks, every person in the cohort could be a millionaire if only they wanted to be. But they aren’t, which proves, according to this argument, that they don’t want to be. Which we know from experience is false. In fact, statistically speaking, all 10 want to be well off.

The argument ignores the question of why most people aren’t millionaires. There are dozens of good reasons why someone might not be wealthy. Their lack of wealth hardly proves they don’t want to be wealthy. Instead, it strongly suggests that there are obstacles to achieving wealth, which, indeed, we know to be the case. Those hurdles include education and financial and cultural barriers to wealth. A few rags-to-riches stories don’t prove the obstacles don’t exist or are trivial; they prove that it’s nearly impossible to beat the odds.

The same with women on the flight deck. To paraphrase, Eldridge’s arguments were that, since women are enculturated to be full-time parents, more so than men are, they know that being an airline pilot is a bad choice, since schedules are all over the place, job security has historically (though not lately) been dicey, and the culture of the flight deck is male dominated, which means often unpleasant, to say the least, conditions for woman pilots. If this is true for airline pilots, it should be true for other lucrative professions, too, but it’s not, at least not to the same degree, and we’ve seen notable increases in the percentages of women in such male-dominated, demanding fields as neurosurgery, where the number of women brain surgeons has increased three-fold in the past 30 years; police officers (up to around 15% in larger police organizations from low single digits 30 years ago); and petroleum engineering (up to 20%, though figures vary, from, again, the low single digits 30 years ago). All are proof that even in demanding fields, women are ready to work.

While the demands of child-rearing are notable in a society that puts those responsibilities chiefly on women, the success of the growth of female representation in other demanding, time-intensive and sometimes risky fields shows that aviation’s lag in opening up the flight deck to women is indefensible and that we need to do a lot better.