Did A Grumman F11 Tiger Shoot Itself Down?

Home How to Become a Pilot Did A Grumman F11 Tiger Shoot Itself Down? 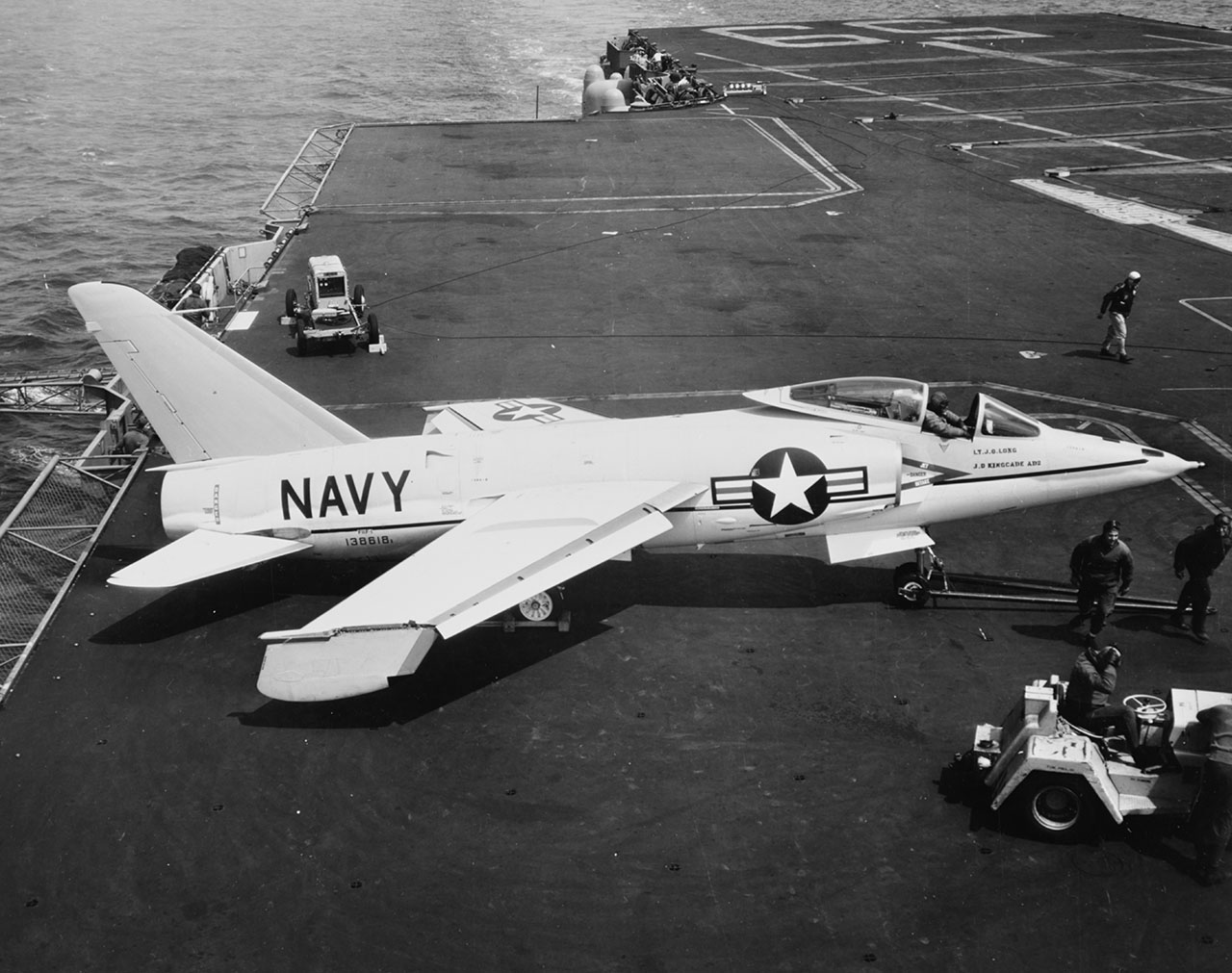 In the early 1950s, aircraft designers began modernizing the F9F-6/7 Cougar—beefing it up with greatly reduced drag and supersonic speeds. When the redesign was completed in 1953, the result was a completely different aircraft than the Cougar. This new model was equipped with full-span leading-edge slats, trailing edge flaps with spoilers instead of ailerons for roll control, and wings that could fold down for easier storage on aircraft carriers. On its maiden flight in April of 1955, the now-complete Grumman F11F Tiger showed off its supersonic capabilities by nearing the speed of sound (Mach 1). Impressed, the Navy ordered the development of more than 400 for service, and it became the aircraft of its Blue Angels flight team.

Despite its initial popularity, the Tiger quickly proved flawed: Its engine was unreliable, its range and endurance inadequate, and its performance inferior to other aircraft produced at the time, such as the Vought F-8 Crusader. By 1959, production ceased. The Blue Angels continued to fly it for another 10 years before it was switched out for the McDonnell Douglas F-4 Phantom II. While its time in service was short, its early-day supersonic speeds left a legacy—most famously because it was the first aircraft to be so fast that it shot itself down.

On Sept. 21, 1956, young U.S. Navy test pilot Tom Attridge took off in an F11F Tiger (BuNo 138620) from Long Island, New York, for a weapons test over the Atlantic. He climbed to 20,000 feet, started a Mach 1 dive, and fired two bursts of rounds from his 20mm cannons until the ammunition was expended at 13,000 feet. He continued his dive, and around 7,000 feet something powerful struck his windshield. Thinking it must have been a bird, he quickly realized he had a big problem on his hands—his plane was losing power.

Pulling up, he throttled back to 230 mph and began a return to base. Unable to maintain altitude, he attempted to apply more power, but the power would not exceed 78%. The plane went down into a sea of trees approximately a mile shy of the runway, traveling 300 feet and catching fire. It was a total loss. Attridge suffered a broken leg and several broken vertebrae but thankfully survived. As he later learned, it was not a bird that took him down. As it turned out, the crash was caused by a far more surprising source: his own rounds.

Many believed it was impossible for an aircraft, no matter how fast it could fly, to actually outrun its own bullets. After all, the speed of the average bullet is roughly around 1,700 mph. Mach 1, which Attridge had been traveling at, was 768 mph. That’s nearly a 1,000-mph difference. Clearly, this proved the damage had to have been caused by something like birds or even small meteorites. And, yet, that theory was wrong.

The rounds Attridge fired while traveling at 768 mph left their cannons at approximately 2,000 miles per hour. However, immediately after being fired, they encountered enough air resistance to produce significant drag. This drag resulted in a greatly reduced forward velocity, causing their trajectory to curve downward—directly into the flight path of the aircraft from which they had been fired. As the bullets descended and their speeds decreased to about 400 mph, the Tiger also descended but with an increased speed of 880 mph. Just as he began to pull out of his descent, Attridge was struck three times. The first bullet pierced his nose cone, the second went through his windshield, and the final one directly struck his right engine intake. The time between him firing the first rounds and taking the hits was a mere 11 seconds.

The Navy considered the incident a one-in-a-million fluke and was certain it would never happen again. Attridge was less convinced, however. “At the speeds we’re flying today,” he later said, “it could be duplicated any time.” He was right. In 1973, another Grumman test pilot, this one flying an F-14 Tomcat out in California, was struck by his own missile. Luckily, it was a dummy missile, and the pilot was able to eject to safety. More recently, in 2019, a Royal Netherlands Air Force F-16 accidentally shot itself from its 20mm rotary cannon. The pilot was able to land safely, uninjured.

These days, aircraft weapon systems are primarily missile-based, not just bullet-based. Whether they are short-range heat-seeking or long-range radar-guided, missiles have many clear advantages, such as their speed, which can easily exceed any bullet or aircraft. In fact, in order to prevent them from being damaged, missiles are specifically designed to be faster than the aircraft from which they are deployed. Thankfully, protocols are now in place to avoid self-collision, so hopefully no more pilots will take themselves down.

As for Attridge, while he would always be known as “the pilot who shot himself down,” the incident cast little shadow on his career. He returned to service less than six months later and eventually went on to work on the Apollo Lunar Module. He flew west in 1997 at the age of 74.