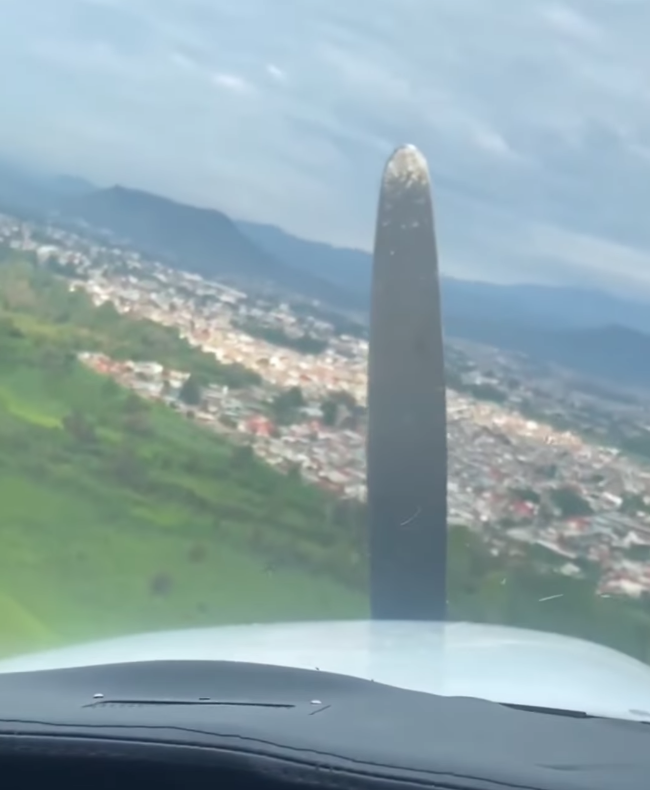 A video making the rounds right now shows a small Cessna training plane—a 152, we think—on short final for a long, paved runway. Now, with newfangled phone cameras, you can never tell what a stopped prop means, but in this case, it’s clear by the lack of engine noise (and by the mixture being pulled all the way back) that this stopped prop looks stopped because it’s simply not turning. We are watching a deadstick approach.

The next thing we noticed, after the lack of engine power, was the pilot’s incredibly calm demeanor. We don’t understand what the pilot is saying, but if this is an actual emergency, he seems unaware. He might as well be commenting on what a lovely day it was.

The video goes on to show the landing itself. It is textbook perfect. He left enough room at the approach end of the runway he’s landing on so that if the plane developed a sudden sinking spell, there was lots of pavement already beneath him, and there was even more out ahead of him. The tires squeak in textbook Cessna fashion—don’t you love that sound!—and the video ends.

So, what are people worried about? In this case, the big question is, should you practice deadstick approaches with the engine shut down? Or should you just pull the power all the way back? Of course, it’s obvious that the latter is the right call, but in this case, c’mon. This pilot is all over this landing. Just outstanding flying.

One commenter thought it was funny that he left his hand on the throttle as he approached. I disagree. I’d have done the same thing. Why fly any differently than you’re used to flying? Eliminate variables, don’t invite them in.

Another commenter summed it up nicely by saying (in comment section of the Reddit post where we first saw this) that there is simply no video of any kind that can posted on the r/flying subreddit without at least a few people being up in arms about it! How true!

In any case, enjoy this video, or don’t! We can’t tell you how to feel!

How To Manage Deadstick Approaches